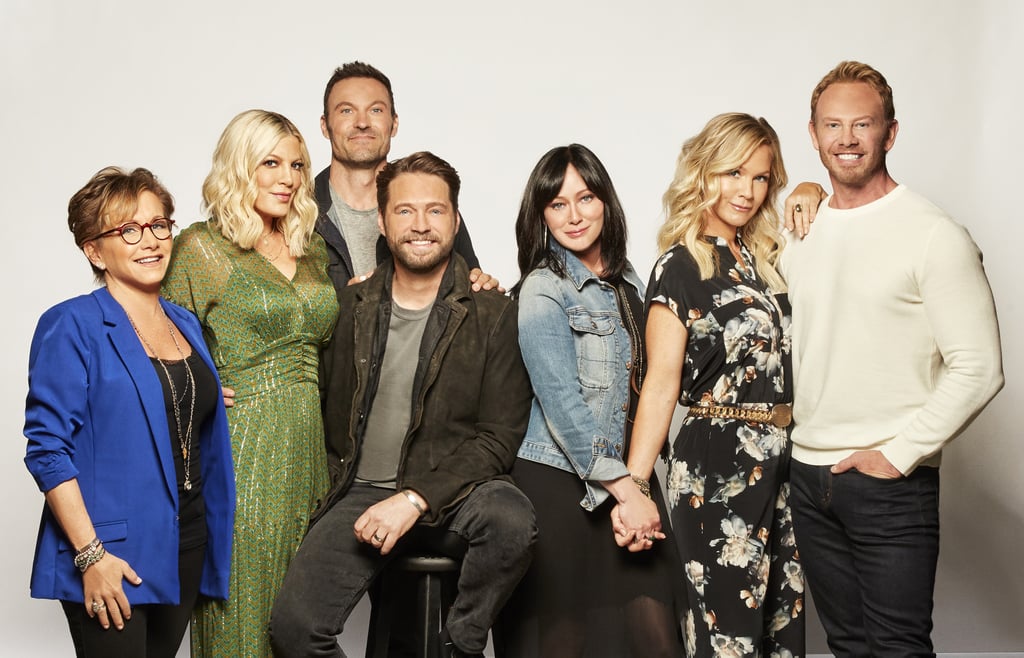 Ever since the Beverly Hills, 90210 revival was announced, we’ve been patiently waiting for the epic return of our favorite West Coast crew. The mockumentary will feature the OG Peach Pit posse’s actors playing exaggerated versions of themselves rather than the characters they originally portrayed in the ’90s teen drama, and follow their attempts to get a 90210 reboot off the ground.

Drama and hilarity are bound to ensue when the Fox series debuts on Aug. 7, but there’s already plenty for fans to geek out over before then, because the cast has regularly been sharing behind-the-scenes looks at the filming process since the news was announced. Check out the special behind-the-scenes moments ahead, from table-read snapshots to impromptu July 4 celebrations!