Home » Entertainment » ‘The 40-Year-Old Virgin’ Turns 15! See ‘The Office’ Cast at the Premiere

Flashback! Steve Carell had a career-altering year in 2005 with the releases of The 40-Year-Old Virgin and The Office. As such, his worlds collided at the premiere for the comedy film.

All the Times ‘The Office’ Cast Has Reunited

The Space Force star, now 58, portrayed Andy Stitzer in the Judd Apatow-directed movie, which came out in August 2005. He also cowrote the screenplay with the now 52-year-old filmmaker.

Since The Office debuted in March 2005, the cast attended the premiere of The 40-Year-Old Virgin to support Carell, who played Michael Scott on the sitcom. Jenna Fischer, John Krasinski, Rainn Wilson, B.J. Novak and Leslie David Baker were among the costars who showed up for the Morning Show actor. 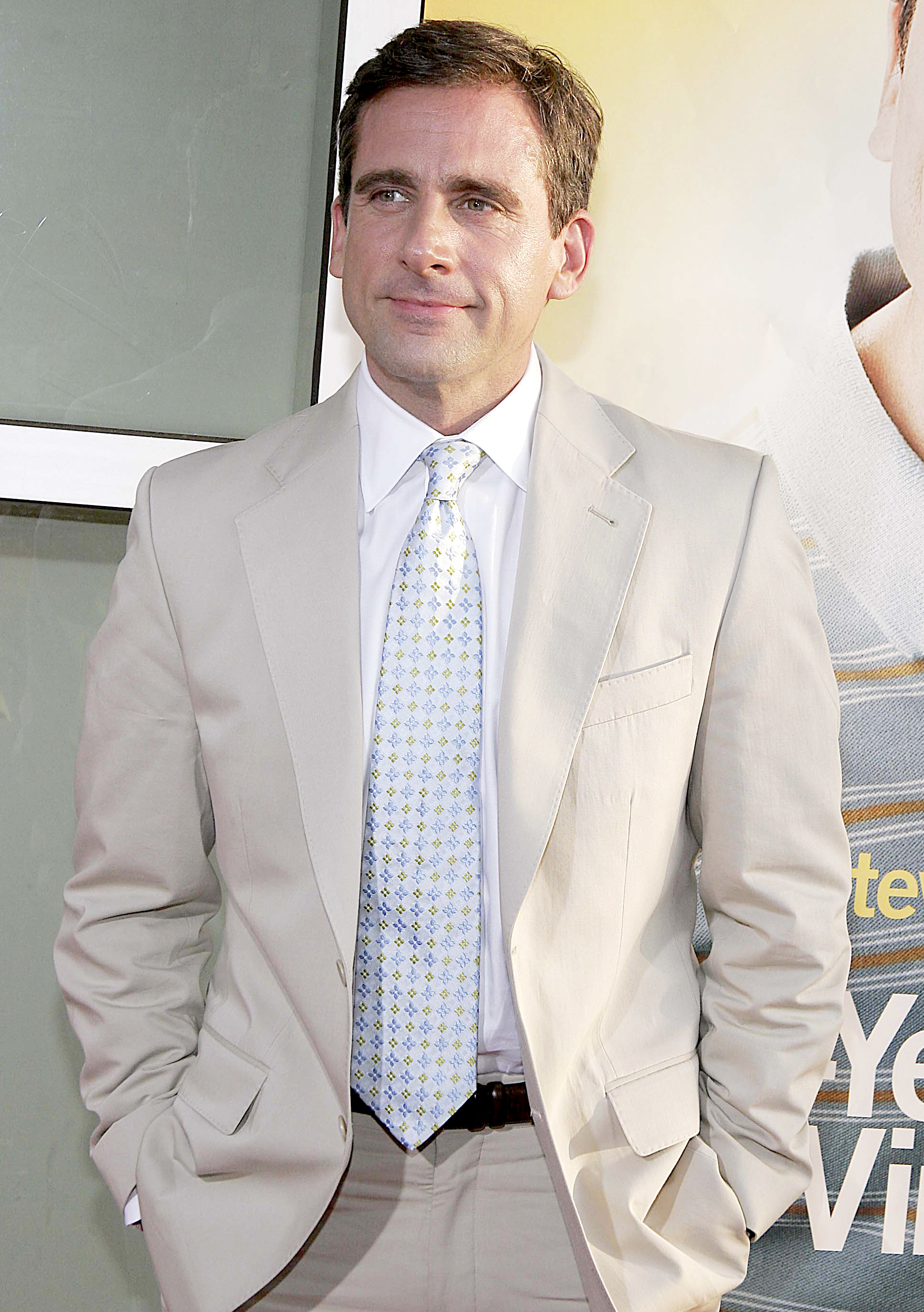 Carell relived the making of the movie in December 2015 during an appearance on James Lipton’s Inside the Actors Studio. “We were actually shut down after the first week of shooting because the studio was freaking out,” he recalled. “Universal saw the dailies and thought, ‘This guy looks like a serial killer.’”

‘The Office’ Cast: Then and Now

The studio had only seen clips of the Daily Show alum’s character “riding around on a bicycle” at that point. “I think there was one scene where I’m like walking down the street, looking at images of, like, breasts and things and freaking out,” he noted.

After production was abruptly halted, Carell and other members of the crew “had to go in the studio and plead our case.” Ultimately Universal Pictures agreed to assign a special editor to the project and allow filming to resume.

Celebrities Who Found Best Friends in Their Costars

The movie produced one of the most iconic scenes in history — when the Oscar nominee’s character gets his chest waxed. Kelly Clarkson, whose name he yells during the moment, later questioned the mention.

“I’m gonna blame Seth Rogen because there’s a picture I think you have of a piece of paper with all the curses that we gave him to scream when he gets waxed,” Apatow explained on The Kelly Clarkson Show in June 2020. “And in the middle in the column that says clean words, right in the middle, it says ‘Kelly Clarkson’ in Seth’s handwriting.”

Watch the video above to see the cast of The Office and more stars at the premiere of The 40-Year-Old Virgin.