Taylor Swift is officially an icon. The 10-time Grammy winner took home the first-ever Icon Award at the 2019 Teen Choice Awards on Sunday, August 11. Alex Morgan presented Swift with the award at the Hermosa Beach, Calif. event and before her speech, a video played featuring celebrities praising her. Jameela Jamil, Ed Sheeran and HAIM were among the group.

“We have a lot to talk about. Wow. First I want to talk about Alex Morgan. The fact that she’s here presenting this to me is such an honor,” the singer, 29, began during the event in Hermosa Beach, Calif. “While they were winning the World Cup they were also taking a historic stand in terms of gender equality, gender pay gap. Please, please, please support her and her teammates because this isn’t over yet. It’s not resolved. … What happened to them is unfair, it’s happening everywhere and they are heroes and icons for standing up.”

She then spoke to the fans — specifically the teens in the audience.

“I think one thing I wish I would have known when I was a teen are mistakes are inevitable. Sometimes you think if you try hard enough to make every decision perfectly, you think you can possibly you can ace life and never make mistakes. But it’s normal to make mistakes,” she said. “If you’re out there and you’re being really hard on yourself right now for something that’s happened, or messing up or feeling embarrassed, it’s normal. That’s what going to happen to you in life. No one gets through unscathed. We’re all going to have a few scratches on us. … Please be kind to yourselves and stand up for yourself, please.” 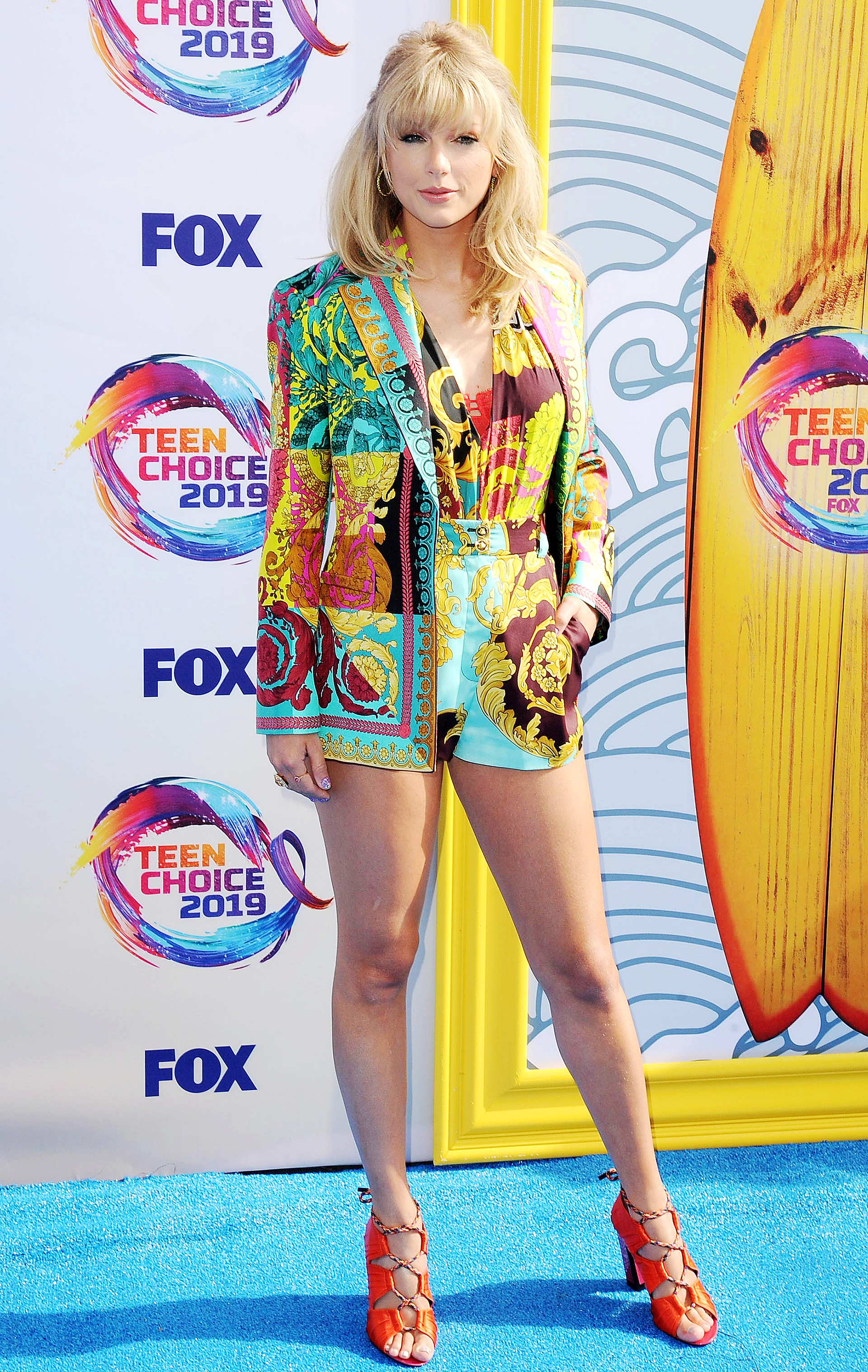 The audience wouldn’t stop cheering — and her next announcement definitely didn’t silence them. “Theres so much I’m excited about coming up in the next 12 days until my album, Lover, comes out,” the 23-time American Music Award winner said. “But I wanted to tell you guys tonight that on the 16th, on Friday, I have a new song called ‘Lover’ coming out. I’m so excited.”

August is already a big month for the artist. On August 23, the “Shake It Off” singer will release her seventh album, Lover, which has already spawned two hits, “ME!” and “You Need to Calm Down.” On August 26, she’ll perform at the MTV Video Music Awards for the first time in four years.

She also landed the cover of Vogue’s September issue, and she didn’t shy away from any big topics — from music and politics to Kim Kardashian and sexism in the industry.

“It’s fine to infantilize a girl’s success and say, ‘How cute that she’s having some hit songs? How cute that she’s writing songs.’ But the second it becomes formidable? As soon as I started playing stadiums — when I started to look like a woman — that wasn’t as cool anymore,” the Emmy winner said. “It was when I started to have songs from Red come out and cross over, like ‘I Knew You Were Trouble’ and ‘We Are Never Ever Getting Back Together.’ … The angle was different when I started saying, ‘I knew you were trouble when you walked in.’ Basically, you emotionally manipulated me and I didn’t love it. That wasn’t fun for me.”

Swift has been keeping most details of her upcoming album a secret, but did drop a few hints about the 18-track record. “I was compiling ideas for a very long time. When I started writing, I couldn’t stop,” she said. “There are so many ways in which this album feels like a new beginning. This album is really a love letter to love, in all of its maddening, passionate, exciting, enchanting, horrific, tragic, wonderful glory.”

Speaking of love, Swift has also been dating Joe Alwyn for nearly three years, so it’s safe to say he’s been an influence on the album’s theme!