A void in Team Arrow — onscreen and off. Stephen Amell and other members of the Arrow cast opened up exclusively to Us Weekly about Emily Bett Rickards and her alter ego Felicity Smoak not being around for the eighth and final season.

“It’s not fun not having Emily on set,” Amell, 38, told Us at San Diego Comic-Con on Saturday, July 20. “Emily is my best friend on set. My co-best friend. I’ve spent the most time with her and with David [Ramsey], and I texted her as I was on the flight up to Vancouver for the final season and I said, ‘I’m sad.’ It’s tough not having her around.” 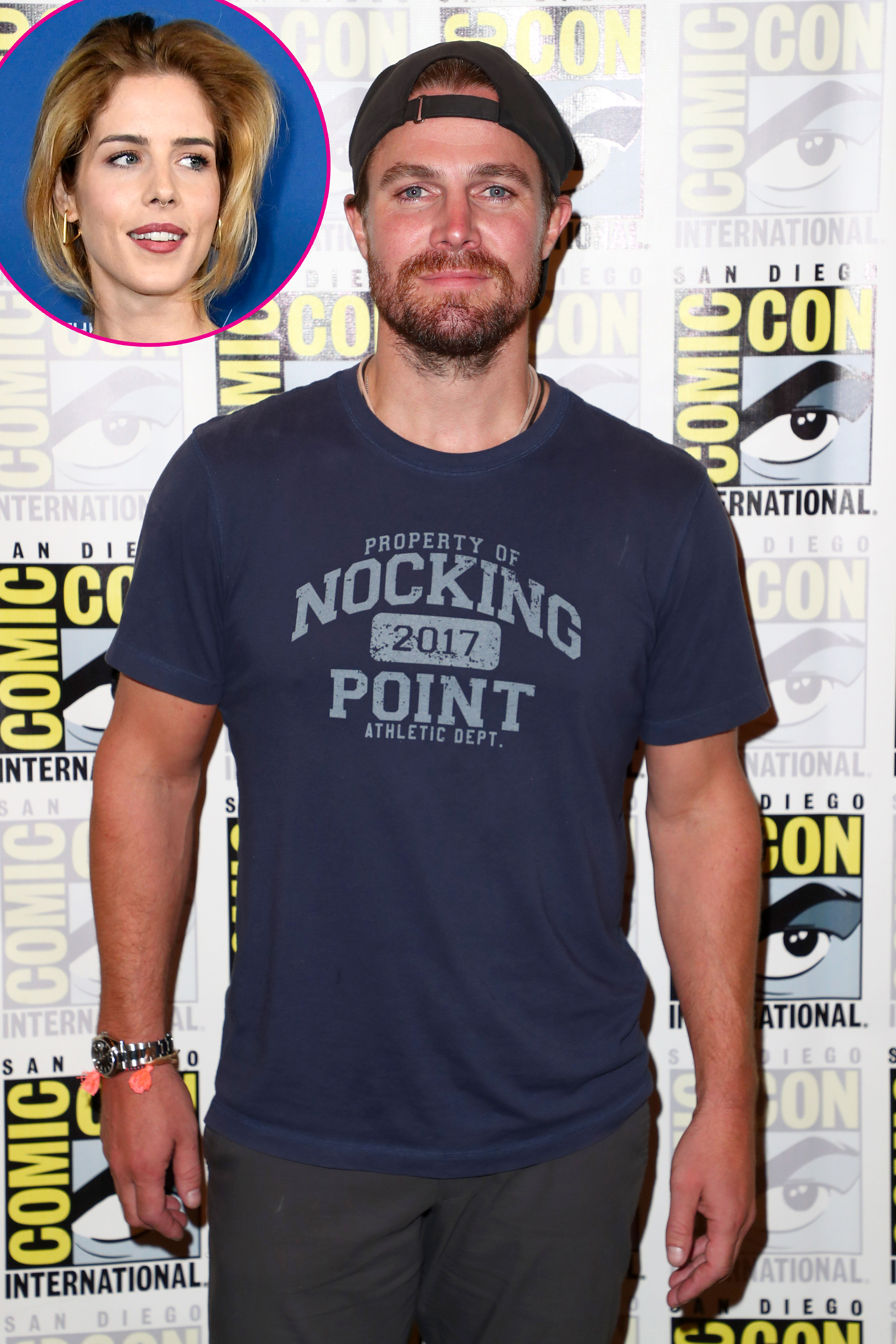 Ramsey, 47, echoed his costar’s sentiment. “I don’t think you lose a presence and a force like Emily Bett Rickards and not know it, so there’s that,” he admitted. “Immediately, we felt that on the first day of working.”

As for whether viewers will see Felicity again before the series wraps, the Teenage Mutant Ninja Turtles star seemed cautiously optimistic. “I think that we wrapped her character up pretty nicely, but honestly, that comes down to Emily and producers,” he noted. “I mean, she’s busy. She’s being awesome on Broadway and things of that nature.”

Rickards, 28, played the hacker-turned-wife of the Green Arrow before her character said goodbye during the season 7 finale in May. In the present, Felicity is holed up in a cabin with the couple’s daughter, Mia, while Oliver takes on the city’s latest threat. In the future, she is on her way to reunite with the vigilante via Monitor-summoned wormhole years after his apparent death.

For more reactions to Rickards’ absence, watch our exclusive interviews above.

With reporting by Kayley Stumpe