To be the biological child of an anonymous sperm donor today is to live in a state of perpetual anticipation. Having never imagined a world in which donors could be tracked down by DNA, in their early years sperm banks did not limit the number of families to whom one donor’s sperm would be sold — means that many of the children conceived have half-siblings in the dozens. There are hundreds of biological half-sibling groups that number more than 20, according to the Donor Sibling Registry, where siblings can find one another, using their donor number. Groups larger than 100, the registry reports, are far from rare.

[Eli always knew he was conceived using a sperm donor. But he never really understood what that meant until he went searching for his half siblings — all 32 of them.]

Because of the increasing popularity of genetic testing sites like 23andMe, in the past two or three years a whole new category of people, including those who never knew they were conceived via donor insemination, are reaching out to half siblings who may have already connected with others in their extended biological family. These individuals have no idea when the number of their donor siblings will reach its final limit, or on which day an email will arrive from yet another family member of sorts, someone who is looking for connection or nothing in particular or has an eerily similar birthmark in the same place on a cheek.

Surprise starts with secrecy, which often starts with shame, a factor that clouds the history of anonymous sperm donation practically from its earliest days. In 1884, an older wealthy man and his younger wife sought treatment from a doctor at Jefferson Medical College because they were struggling to conceive. The doctor determined that the husband was infertile, likely from gonorrhea; but rather than explain that uncomfortable fact, he anesthetized the wife under false pretense, and inseminated her with the sperm of another man — a medical student deemed, in a vote held for this undertaking, the best looking in the class. The doctor eventually told the husband, who kept that secret from his wife; but years later, in 1909, the medical student revealed all in an article in the journal Medical World. The story could be seen as an early parable for the industry over all: Eventually the truth will out.

Even after it became clear that the practice was medically simple, donor insemination remained suspect, associated with illegitimacy and tainted by notions of male inadequacy. In 1948, an official British inquiry led by the archbishop of Canterbury declared that the practice should be considered a criminal offense; another prominent British committee 12 years later deemed it very likely that the practice of donating sperm would attract “more than the usual proportion of psychopaths” and characterized the whole procedure as “undesirable,” as reported in a 1993 article in the journal Politics and the Life Sciences.

In the early 1970s, the first cryobanks, largely run by men, opened in the United States, offering frozen sperm from anonymous donors (often college students), mostly to infertile couples. Doctors often advised them to tell no one about how they were conceiving and then destroyed documents that might have provided a paper trail. A New York doctor operating one of the first sperm banks told a journalist in 1976 that he never had a donor come back to ask about his progeny, but that if he did, he “would not tell them anyway,” the article reported.

Other in the field seemed more concerned with protecting the privacy of the donors. “This procedure of secrecy is the accepted one in this state,” said Steve Broder, then a minority co-owner of what became California Cryobank, in a 1984 interview. That bank is the largest in the country. “It prevents all manner of complications and future headaches,” Broder continued. “After all, what guy who’s been paid $25 for his sperm, which is what we pay, wants to take the chance of being confronted 20 years later by one or three children, each claiming he is their biological father and each wanting love or a loan or something?” The currency of privacy was still cheap, the world a thicket of unknowability in which two siblings could pass each other on the street every day for years and never be the wiser. 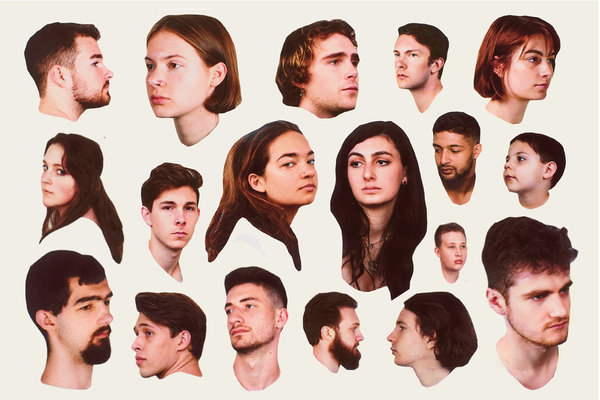 I always knew I was conceived using a sperm donor. But I never really understood what that meant until I went searching for my brothers and sisters.

In the early 1980s, says Broder, now retired, California Cryobank started distributing short, printed catalogs of physical descriptions of the donors to doctors, who often did the choosing for the couples; anonymity was still the norm. So few doctors were willing to help lesbians and single mothers conceive with the help of donor insemination that a new bank, the Sperm Bank of California, founded by women, started specializing in that market in 1982. Almost from the beginning, says its current executive director, Alice Ruby, their clients could choose to work with a donor who was willing to have his identity eventually revealed, a service they offered because so many of their clients asked for it; the mothers intended to tell their children how they were conceived and suspected they would want to know more about their donors.

By the late 1980s, as a result of the AIDS crisis, the business of cryobanks was growing; frozen sperm was safer than the fresh sperm that doctors often procured to help infertile couples. The industry continued to develop throughout the 1990s as banks profited from global demand, a rise in single motherhood and the increasing acceptance of gay parenting. With the rise of the internet, banks could market directly to consumers via elaborate websites, advertising not just donors’ assets — their academic credentials, their celebrity-look-alike features, their height — but selling their willingness to be known. At California Cryobank, the standard arrangement allowed for a description of the donor and an answered questionnaire; but for additional fees, purchasers of sperm could also receive a voice recording of an interview and more extensive profiles.

The business might have faltered around 2000, when improved reproductive technology meant that doctors could help more couples conceive, even if the male partner’s sperm count was low. Sperm banks started marketing more aggressively to single women and lesbian couples (and possibly helping to normalize that parenting in the process).

Around that same time, the first children conceived via sperm donation started coming of age, people whose eventual agency and powerful curiosity the sperm banks and even the parents hadn’t fully considered. For many of those children, trying to reach out to their anonymous sperm donor was an exercise in frustration. “California Cryobank’s policy has always been to attempt to facilitate donor contact upon request of any 18-year-old offspring,” Scott Brown, vice president of communications for the bank, said. In fact, he later clarified, the effort to contact the donor often started — and ended — with a letter to the donor asking for an update of medical records. Only if the donor responded and re-established contact with the bank would he then learn that a biological child was trying to reach him, which meant that both he and his biological child were often left in the dark about who wanted what. The possibility of making that connection was over before it started.

What the banks did not provide, at that point, was a way to connect half siblings from the same donor. In 2000, Ryan Kramer, a precocious 10-year-old, along with his mother, Wendy Kramer, created what would become the Donor Sibling Registry, a place where children like him could enter their donor numbers, seek out their biological fathers and possibly their biological half siblings. They were following the lead of Jane Mattes, the founder of Single Mothers by Choice, who in the mid-1990s started a forerunner to the registry. “At the time, I didn’t see it as political or feminist, but looking back, we took power into our own hands,” Mattes said in a recent interview. Unlike many infertile couples, these single mothers were hungry for openness because it provided community and family, Mattes says. Today, the Donor Sibling Registry matches about 1,000 people a year, a majority of whom are siblings.

Although the Donor Sibling Registry requires that its users be 18 or have their parents’ permission, any parent who has used a donor can access the site or log onto any one of the sibling registries that various sperm banks have since established for their clients. (California Cryobank’s, for example, opened, in 2004.) Countless parents have reared their children, from birth, with photographic look books of half siblings or regular family reunions. For others, who have come to the registries later in life, they function as online revelation factories, sites where thousands have learned not only that they had half siblings but also that they had, in many cases, dozens of them.

Over time the adoption movement popularized the principle that individuals had a right to know their biological roots, and lesbian couples and single mothers, dominating ever more of the sperm banks’ market, called for greater transparency. In the early 2000s, California Cryobank offered, for a premium fee, an option for parents to choose a donor who agreed not just to be contacted when the offspring turned 18 but to respond in some fashion (though still anonymously if that was his preference).

By 2010, experts in reproductive technology were starting to note that internet searchability, facial-recognition software and the future of DNA testing would soon render anonymity a promise that the sperm banks could no longer keep. Since 2017, California Cryobank has stopped offering anonymity to its new donors. Donors now must agree to reveal their names to their offspring when they turn 18 and to have some form of communication to be mediated, at first, by the bank.

In this country, no law regulates how many children can be conceived from one donor; currently, the California Cryobank says it tries to limit the number of families that receive one donor’s sperm to 20 to 25, although each family, naturally, might have numerous children — and some families won’t report their live births, which could drive the number even higher. It would not be unreasonable for parents currently using sperm from that bank to prepare for the possibility that their children would have upward of 50 half siblings.

For the foreseeable future, then, every generation will include these sprawling half-sibling clans. The element of surprise may fade, and they may become a familiar phenomenon, allowing for sperm banks to continue to disseminate one donor’s sperm to many; or the market may change, now that parents know what they are bargaining for when they buy sperm — in which case the large half-sibling cohort may become a phenomenon associated with just a few decades of history.

The original sperm-bank contracts providing for anonymity were made by institutions serving parents and donors; the satisfaction of the children conceived with their product had no bearing on their profits. But what the banks once withheld, technology has now delivered. What looks like privacy to one person in a relationship may look like secrecy to another, unearned and undeserved. For sperm donors, their offspring, the half siblings, that distinction may become moot, in an era when both privacy and secrecy are aspirational rather than reasonable goals. Technology belongs to the young, and what the young seem to want, as ever, is to know — and be known.

[Eli always knew he was conceived using a sperm donor. But he never really understood what that meant until he went searching for his half siblings — all 32 of them.]

Susan Dominus is a staff writer for the magazine. She last wrote a feature about an office designed for people with autism.