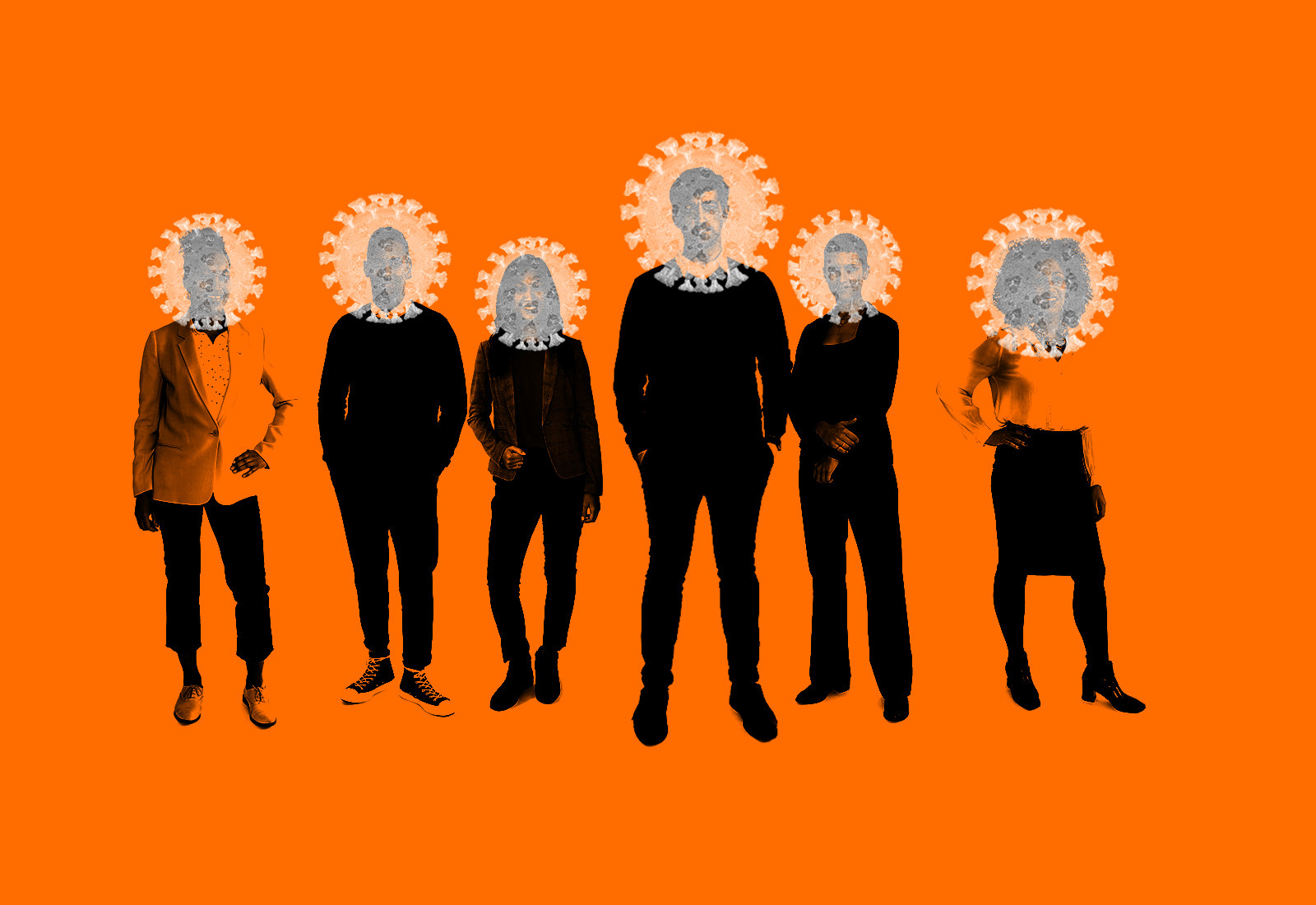 The journalists at BuzzFeed News are proud to bring you trustworthy and relevant reporting about the coronavirus. To help keep this news free, become a member and sign up for our newsletter, Outbreak Today.

As the world waits anywhere from 18 months to years for the first effective coronavirus vaccine, some lawmakers, scientists, and bioethicists are calling for a radical push to speed up the process — deliberately infecting volunteers with the virus.

On Tuesday, vaccine expert Stanley Plotkin of the University of Pennsylvania and bioethicist Arthur Caplan of New York University released an outline for these “challenge studies” of a coronavirus vaccine in the journal Vaccine. That followed a bipartisan group of nearly three dozen members of the House of Representatives on Monday calling on the FDA to consider such trials.

“Every week of delay in the deployment of a vaccine to the seven billion humans on Earth will cost thousands of lives,” said the letter, spearheaded by Rep. Bill Foster of Illinois, a scientist, and Rep. Donna Shala of Florida, a former HHS chief. “In the case of accelerated human trials, justifiable risks may be taken,” they wrote, “potentially by challenge trials that involve deliberately infecting volunteers who have received candidate vaccines or placebos.”

“Normally, deliberately giving someone an infection that is potentially lethal would be unacceptable,” Caplan told BuzzFeed News. “But in extreme times, like a plague, you might look to extreme measures.”

The approach is unusual — but not unprecedented. Still, some scientists argue that it may be too drastic of a measure given the number of unknowns with the new coronavirus.

As of Wednesday, there have been more than 2.5 million confirmed cases of COVID-19 and nearly 180,000 deaths worldwide. More than 70 novel coronavirus vaccines are now in development, according to the World Health Organization. A March Journal of Infection report estimated that about 70% of the US population, more than 220 million people, would need to recover and gain some immunity to the virus or get vaccinated for the country to have “herd immunity” to future outbreaks.

Some biotech industry observers suggest that past vaccine development times could mean waiting until 2023 or 2024 for a novel coronavirus vaccine to reach enough people to blunt the spread of COVID-19. On Wednesday, FDA commissioner Stephen Hahn said on CBS This Morning that the agency’s expectation is a vaccine will become available in March of 2021, “but we are really trying to accelerate the efforts.” NIAID director Anthony Fauci told BuzzFeed News in February that if everything went “perfect,” starting to distribute a vaccine widely would take at least 18 months, a delivery date more like August of 2021.

Normally, vaccines require safety studies conducted in lab animals, followed by three phases of progressively larger and longer experiments on people, first to prove the vaccines are safe and then to prove that they are effective at preventing infection. Four vaccines are currently undergoing “Phase 1” safety trials in small numbers of human volunteers, and one “Phase 2” trial involving 500 volunteers is underway in Beijing.

If the vaccines prove effective and without side effects in these trials, they would move on to Phase 3 trials involving thousands of volunteers studied for around six months. Those trials require giving one group of volunteers the vaccine and another group a placebo, then waiting for the months to elapse to see how many catch the disease and how many don’t, and then comparing between the two groups to figure out the efficacy of the vaccine.

If the Phase 3 trials proved successful, the vaccines would be allowed for widespread public use, but would require more time to manufacture and distribute the billions of doses needed.

A March Journal of Infectious Diseases report led by Nir Eyal of the Center for Population-Level Bioethics at Rutgers University proposed collapsing this timeframe by running small “challenge trials” in people alongside the Phase 3 one. Essentially small groups of volunteers at low risk of dying of the disease, healthy 20 to 45 year olds perhaps already in dangerous occupations, would be divided into two groups. One group would receive a candidate vaccine and one would get a placebo shot. They would then be exposed to increasingly large doses of the coronavirus until most of the patients in the placebo group were infected but didn’t have symptoms more severe than a typical case for their age group. “Intense immunological monitoring,” would look for any signs of dangerous side effects seen in past SARS coronavirus vaccine tests, where a mis-targeted vaccine caused “immunopathology” in lab mice, actually making the disease more deadly.

Not only would the results point to whether a vaccine works, but they would tell researchers what amount of virus exposure is needed to trigger an infection, a still undetermined data point amid debates about masks and PPE needs in hospitals and daily life.

“There are plenty of young people who want to help,” Caplan said. “The key thing is that they have to be fully informed about the risk, and their consent should be managed by someone completely — completely — independent of the people running the experiment.” The separate ethics board could tell volunteers, ‘look we will give you a medical exemption to get out of this if you really don’t want to do it,’ said Caplan, to eliminate the risks of coercion or pressure to volunteer.

A “Covid Challenge” website noted by researchers such as Marc Lipsitch of Harvard’s T.H. Chan School of Public Health has been established to enlist challenge trial volunteers.

Plotkin and Caplan’s study design would limit volunteers to healthy 18 to 29 year olds, noting a 0.3% death rate among patients that age in China, and start by first exposing people who had recovered from past infections to the virus. That could potentially help answer questions about how much protection antibodies from a past infection give to those who recover, another unknown.

Europe is also weighing whether to undertake challenge trials, Pieter Neels of Belgium’s University of Namur and chair of the International Alliance for Biological Standardization’s Human Vaccine committee, told BuzzFeed News. “The problem is that with COVID-19, a huge knowledge is lacking,” he said by email, unlike other diseases where challenge trials are used, like malaria, cholera, or influenza. There are two commercial companies in Europe that would like to perform challenge trials, he noted, hVivo in the United Kingdom and SGS in Belgium.

Not everyone in medicine thinks that deliberately infecting people with a little-understood and deadly disease with no cure is a great idea: “Where you’re going to give somebody a virus on purpose, you really want to understand the disease so that you know that what you’re doing is a reasonable risk,” Matthew Memoli of the U.S. National Institute of Allergy and Infectious Diseases, told Science magazine in March.

People have died in challenge experiments. In 2001, Ellen Roche, a 24-year-old lab technician at Johns Hopkins, died after volunteering for an asthma treatment experiment.

The sheer logistics of setting up an ethical challenge trial is another reason for caution, vaccine expert Peter Hotez of Baylor College of Medicine told BuzzFeed News. It would require evaluating different virus doses to determine what qualifies as a minimal dose, standardizing the “challenge” virus and how it would be delivered, ensuring volunteers received the newest anti-viral treatment, and many other considerations absent in standard trials. His own team took years to create a model for human challenge trials of a parasite vaccine.

“While I’m sure these timelines can be accelerated, it still won’t be easy to do this very quickly,” said Hotez, “It doesn’t mean we shouldn’t do it, it would certainly help down the line, but I don’t see how it happens very fast.” 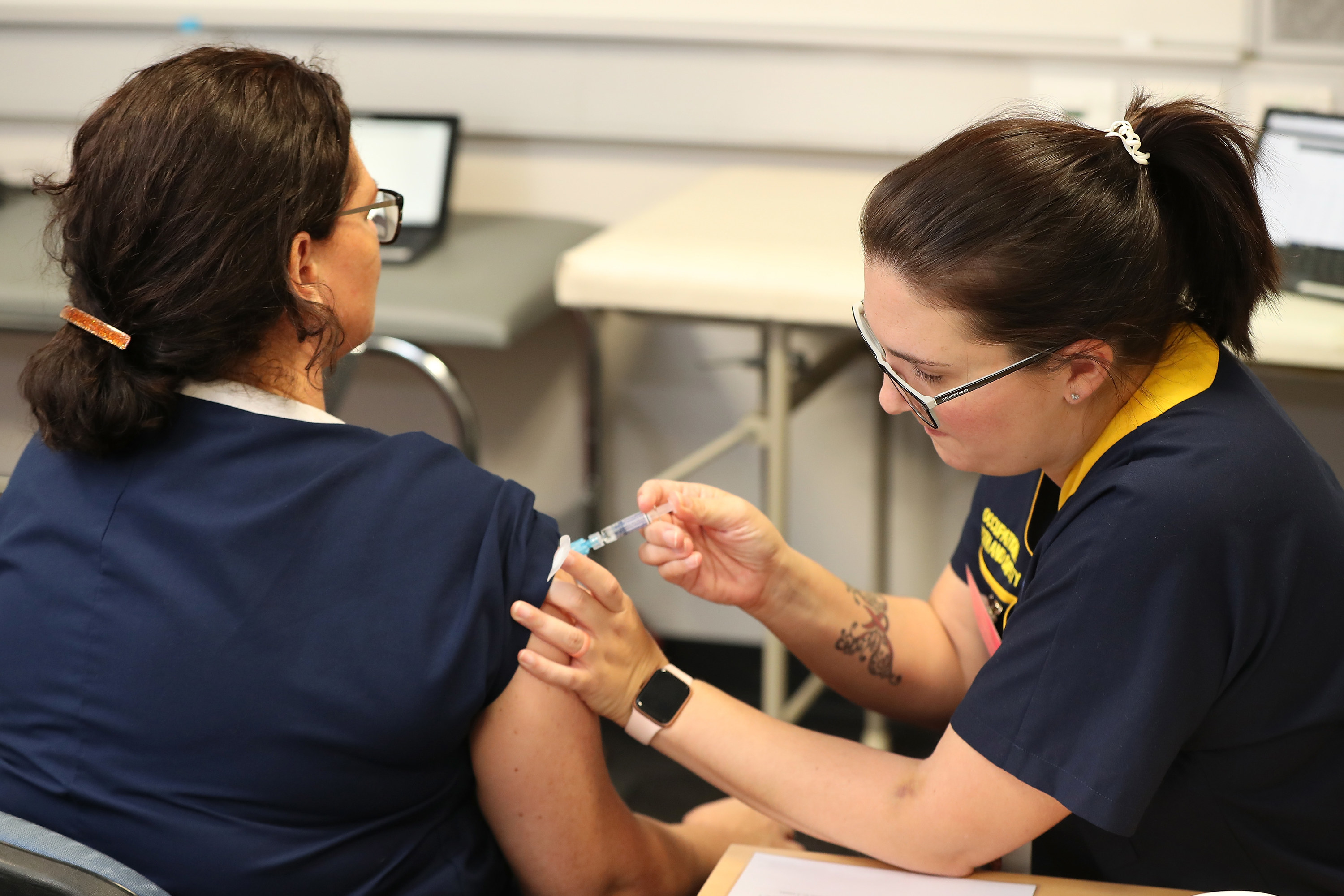 A related concern is a hypothesis that there is a relationship between disease severity and the size of infectious dose they receive, biostatistics professor Natalie Dean of the University of Florida told BuzzFeed News by email. The theory raises questions about how to determine the appropriate dose to use in a human challenge trial, she asked. “I don’t come down firmly on either side, but I am not as clearly for it,” she said.

The World Health Organization also has preparations underway to run truly massive, multinational Phase 3 trials of vaccines, where a huge number of participants could help speed up the timeline needed to determine whether the inoculation was working. The NIH announced a partnership with major drug makers on Friday to speed vaccine development as well.

In February, Fauci had told BuzzFeed News one big roadblock to developing vaccines was assuring drug makers they won’t lose money on a vaccine as happened with the Zika virus vaccine. A worldwide pandemic, and trillions of dollars in stimulus package spending later, that seems like less of a concern.

For practical reasons, challenge trials might focus only on vaccines that could be quickly made in millions of doses, said Caplan, rather than equally promising ones that don’t offer an easy way to scale up. “Why put people at risk for something that won’t be available easily?”

One other reservation that Caplan also acknowledged was concern that an authoritarian country might start challenge trials without prioritizing patient consent. He called for international standards and oversight of trials to prevent such abuses.

“I do worry about that,” he said. “It doesn’t have to happen in the US, but it should be done with independent oversight and a lot of care, wherever it happens.”