Red carpet moments and premieres are always the perfect occasion to turn a glamorous Hollywood event into a family affair, and that’s exactly what Salma Hayek did last night. The Oscar nominated actress brought her 14-year-old daughter, Valentina Paloma Pinault, to the premiere of Eternals and the mother-daughter pair looked so sweet on the arrival carpet.

Hayek and her teen posed up a storm at the premiere. The actress wore a glamorous black dress with a statement necklace, while Valentina looked super cute in a black-and-white polka dot dress with sheer tights and matching black clutch and boots. This isn’t the first time Hayek has brought her daughter along to an event as her date — and we don’t think it’ll be the last either. 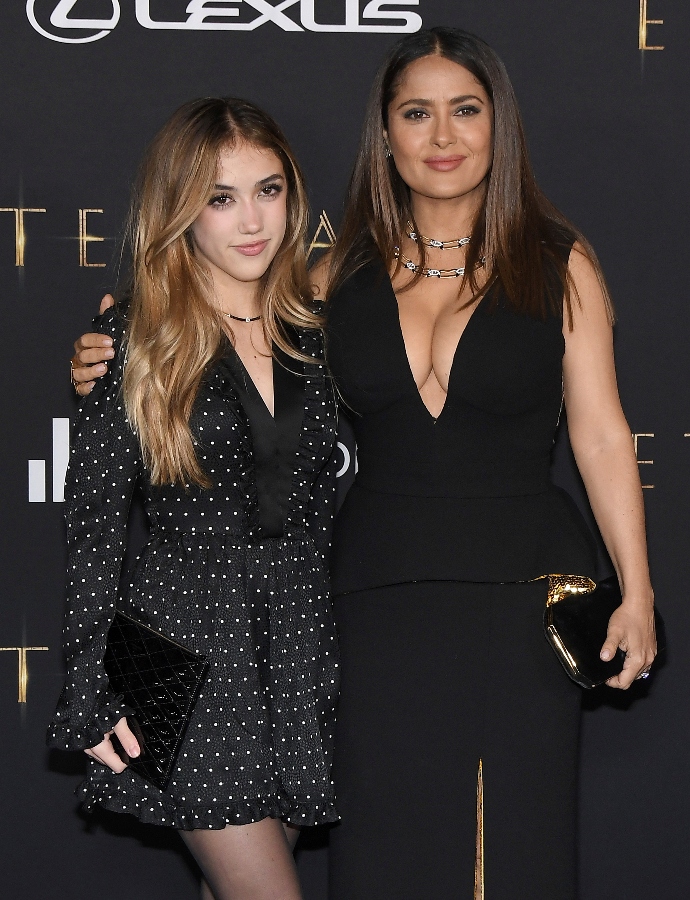 Those red carpet appearances, however, have been pretty rare for the teen. But as she gets older, we have have a feeling that Hayek will want to continue to include her daughter in these major industry events. And Eternals definitely has a special meaning for the longtime actress, and a message that she surely wanted to experience with her daughter. 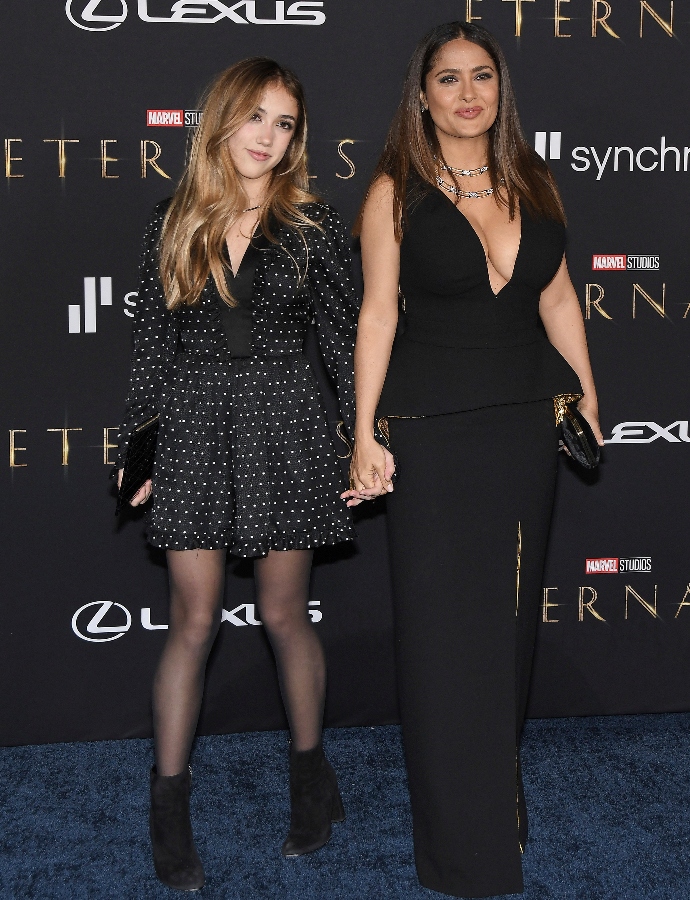 Hayek recently spoke to Elle about what being a part of the ensemble cast meant to her, and it’s definitely a message we think her daughter could benefit from seeing on the big screen. “Sometimes as a woman, as a woman of color and with the age, you feel so overlooked,” the actress candidly shared with Elle. “It was one of those moments where you think, ‘Okay, I held on in this industry, survived for this long.’” Hayek really felt assured by director Chloe Zhao, knowing the Oscar-winning filmmaker “acknowledged” Hayek’s talent. We’re sure this powerful character is one the actress wanted her daughter to see.

Before you go, click here to see celebrity moms who quit Hollywood to raise their kids.