In his Marfa, Texas, home, Rob Mazurek keeps a synthesizer hooked up to a maze of wires, which he uses to create morning drones “to get good energy in the house.” On a sunny afternoon in early November, with positive vibes still hanging in the air, the composer and cornetist sat at a black piano and talked about a Sun Ra gig in 1981, at the Chicago Jazz Festival, that did something similar: shifted his perspective.

“That concert changed my life,” Mr. Mazurek, 55, said in a video interview. At the time, he was 16, and “floored” by the intensity of the sound and the collaborative nature of the performance led by the experimental pianist, whose iconoclastic free jazz provided the soundtrack to imagined safe travel. “I was exhilarated, terrified and surprised. I thought I’d heard a few things, but nothing prepared me for that. I remember thinking to myself: ‘That’s what I want to do.’”

Sun Ra is a powerful influence on Mr. Mazurek’s expansive new album due Friday, “Dimensional Stardust,” which also takes cues from the composers Toru Takemitsu, Bill Dixon and Gil Evans, who all used sustained rhythm to create immersive environments. Featuring Exploding Star Orchestra, an all-star cast of players including Jeff Parker on guitar, Nicole Mitchell on flute, Damon Locks on vocals and Joel Ross on vibraphone, it too envisions intergalactic adventures, mixing classical, pop, spoken-word, jazz and rock. But unlike Sun Ra, who used meditative chants and droning organs to capture the cosmos, Mr. Mazurek deploys looping drums and counterpoint to escape reality on an album that is concise yet nomadic.

“For the most part, the world we live in isn’t the world we’re living in,” he said. “It’s a world that’s very much imposed on us, and I’m bursting out of the galaxial ceiling of what we think we know, and what we think is right or wrong.”

After the life-altering Sun Ra gig, Mr. Mazurek enrolled in the Bloom School of Jazz in Chicago, where he learned the tenets of musical improv directly from David Bloom, the noted guitarist and flutist. After high school, Mr. Mazurek had scholarship offers to study outside of the city, but he decided to stay home and learn from Mr. Bloom, spending countless hours listening to albums by the drummer Art Blakey, the saxophonist John Coltrane and the trumpeter Lee Morgan. Concurrently, Mr. Mazurek studied classical composition with Ralph Dodds from Roosevelt University, having been spurred to explore different forms of creation “from my astonishment of Sun Ra.” 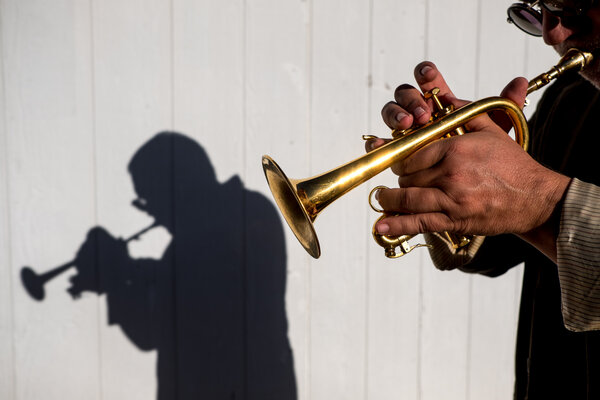 Mr. Mazurek created Exploding Star Orchestra in 2005 after the Chicago Cultural Center and the Jazz Institute of Chicago commissioned him to form a group that personified the city’s new avant-garde scene. He amassed a 14-member collective for a debut at Millennium Park’s concert hall. Two years later, he released “We Are All From Somewhere Else” as his first album leading the Orchestra.

“From the get-go, I was thinking about two flutes, two violins, two cellos, two keyboards and two drums, which turned into three drums,” Mr. Mazurek said of the new album. “I also wanted to create a situation where everything is contrapuntal in nature. So I wrote this music where I could take each part and shift it a beat or two and it would still work beautifully.” The new melodies were bigger, more colorful and signaled a new direction for the Orchestra.

“I wanted it to sound like a flower growing, or a tree expanding, or a satellite moving across the sky,” he added.

The opening tracks “Sun Core Tet (Parable 99)” and “A Wrinkle in Time Sets Concentric Circles Reeling” conjure wide-open space and open-air travel with their lush string arrangements and sporadic horn blasts. The pulsing rhythm and vibraphone loop of “Galaxy 1000,” the most pop-centered song on the LP, feels labyrinthine. But “Parable 3000 (We All Come From Somewhere Else)” and “Autumn Pleiades” might be the album’s two-sided centerpiece: Big drums, undulating bass and searing trumpets lock into hypnotic grooves that signal moments of arrival.

Mr. Mazurek recorded “Dimensional Stardust” over a handful of studio dates between August 2019 and March 2020 (before the pandemic took hold). He tracked everyone’s work separately and stitched it together through meticulous edits and overdubs. Nonetheless, the finished album feels communal, like it was recorded in one room under Mr. Mazurek’s direction.

“There was never a point where Rob made us feel like our ideas weren’t welcomed,” said Scott McNiece, who helped produce the album and is one of the owners of the label that will release it, International Anthem. “He orchestrates an atmosphere where everyone can bring their best selves.”

The guitarist Mr. Parker, who first started playing improvised music with Mr. Mazurek in the early 1990s, has seen him evolve from a musician who played traditional jazz to a benevolent bandleader whose music can’t be classified by one genre.

“He’s more like a vessel for sound,” Mr. Parker said. “That’s a really simple way to look at yourself as a musician, but if you can start from there, the possibilities are infinite. Rob embraces that head-on. He’s a broad, wide-open musician who’s unique in today’s landscape and pretty unique overall.”

If “Dimensional Stardust” is partly about discovering unknown worlds beyond what is known here on Earth, it also tries to make sense of human complexity at home. “We all come from stardust, dimensional stardust, we’re all the same,” Mr. Mazurek said with a grin. “There’s minute differences between us all.

“But there’s only one Sun Ra,” he continued, returning to his idol. “In the beginning, there was Sun Ra. And in the end of no ends, there’s still Sun Ra.”