Home » Entertainment » ‘Remnant’ Review: A Digital Fog of War, and Its Aftermath

This Veterans Day I hesitated before texting my friend Jasper. Reflexively chipper, he typically shrugs off the topic of his military service, having only once described to me a mission gone fatally wrong — as impassively as if he were recounting a time he got caught in the rain.

The following day I watched “Remnant,” a digital collage featuring interviews and audio excerpts, enticing video and ace sound design. Primarily about the vestiges of war, it’s captivating but not always clear about what it means to say.

Directed by Rubén Polendo and conceived and created by Theater Mitu, “Remnant” is billed as an interactive experience. (First presented as a live performance, it was reimagined as a digital production during the pandemic, and is presented here by New York Theater Workshop.) Once you take a virtual step into this experimental theater space, you’re greeted with an invitation — “Choose a path to continue” — and three clickable blocks. Each segment is 20 minutes long and different in style, but unfortunately the interactive part of the show ends there. 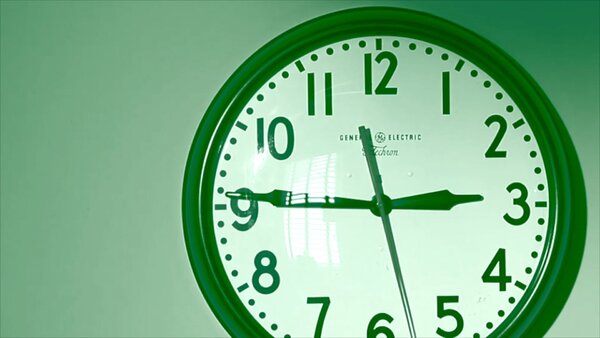 Let’s say we’ve picked the first path: the sounds of Jimi Hendrix’s distortion-heavy rendition of the national anthem at Woodstock kick off a collection of reflections on war.

Theater Mitu’s cast performs literary excerpts and interviews with past and present soldiers. This is accompanied by a visual hodgepodge — sometimes vintage footage, sometimes shadowy, overlapping silhouettes, sometimes just a soldier’s hands. The lead music and orchestration is by Ada Westfall, whose reedy vocals sometimes overtake the content, and whose lyrics occasionally steer the production into oversentimentality.

The second path brings us back to yesteryear with a groovy 1960s-style announcer. Playful and intriguing, the segment uses the etymology of the word “remnant” as a jumping-off point for a postmodern grab bag of references to pop culture and mythology related to the theme.

Segments from an old cable-access show and commercials are intercut with a story from Egyptian mythology about an immortal bird who lives within each person and then, in death, returns to the heavens. There’s Arthurian legend and a sound loop of the physicist J. Robert Oppenheimer’s famous quote of the Mahabharata: “Now I am become death.”

After reading an excerpt from the Mahabharata where the hero nearly succumbs to his fear and grief while heading into battle, the announcer abruptly preens to the audience, “It’s a spectacular beach read — and a great companion while your near and dear lies in a hospital bed next to you.”

But the function of irony here is unclear, as is the production’s ultimate stance on war and its soldiers, who are viewed from a position of curiosity but also fear. Should we empathize? Condemn? Or is capturing the complexity of the issue itself the goal?

Take the third path, for example: It begins and ends with us assuming the perspective of a stroke survivor trying to communicate through a system of blinking.

Here we are concentrating on the remnants of the body: how the body changes after death, a woman’s interview with her dying mother, a disconnected phone booth in Japan where people go to speak to their deceased loved ones. There are existential moments (“We fear death because we are born knowing only life”) as well as conceptual ones (“Who has never killed an hour? Not casually or without thought, but carefully: a premeditated murder of minutes”).

Despite its lopsided approach, “Remnant” is absorbingly chameleonic. Alex Hawthorn’s sound design is pristine; headphones are required for this immersive aural experience, which is textured with rich overlays, repetitions and loops.

After watching the show, I asked Jasper what remained with him after his service. He said questions: about his ideals, about our country’s tradition of violence.

“Remnant” captures aspects of this, but could go further, and be more timely. At the end, the production encourages us to submit thoughts about our own remnants. A version of the piece might consider this: at the end of 2020, even if we haven’t been at war, as such, we may all still feel like remnants of catastrophe. We have no choice but to move forward, to survive.