Home » Entertainment » Remembering a Times Journalist With a Legacy of Generosity

Times Insider explains who we are and what we do, and delivers behind-the-scenes insights into how our journalism comes together.

When a group of editors and reporters congregated for lunch last month in a conference room several floors above the Times newsroom, it was a bittersweet moment. It was an occasion to grant an award to a business journalist who exemplifies professional excellence and exceptional character. It was also a reminder of the shocking loss of someone with precisely those attributes.

The room in which we gathered is named for him: Nathaniel C. Nash.

Nathaniel joined the paper in 1973 as a recently minted Harvard graduate who had majored in languages. His path to the Times newsroom came from an unlikely turn. At a Bible study gathering he periodically attended when in New York, he encountered a Times reporter named McCandlish Phillips, who spoke of his work in journalism with such passion that Nathaniel came to feel the same calling.

After starting in clerical jobs, he worked as a copy editor, as a Washington reporter and as a correspondent in Latin America and Europe. “He was the happiest guy in the world when he became a reporter,” said Soma Golden Behr, who worked closely with Nathaniel when she edited the Sunday Business section in the early 1980s. “He said, ‘I can’t believe they’re paying me for what I’m doing.’ He cared deeply, and boy, did he love it.” 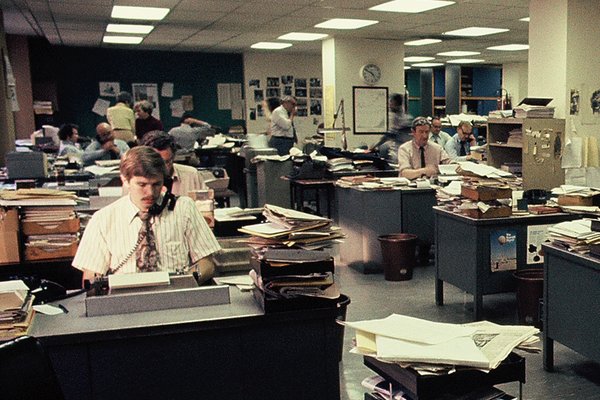 In Washington, he chronicled the regulatory and financial breakdown of the savings-and-loan industry. From postings abroad, his subjects ranged from the stolen children of Argentina’s dirty war to the mysteries of Easter Island. He told how Romania aspired to winemaking prowess and how Claudia Schiffer (more adeptly) managed the riches of a supermodeling career.

He was nearly a quarter-century into his career — “at the peak of his life,” Ms. Golden Behr said — when he was suddenly gone. He died in the crash of a United States military plane off Croatia in 1996 while covering a trade mission led by Commerce Secretary Ron Brown.

Nathaniel, a financial correspondent based in Frankfurt, was the only reporter on the trip, which he had persuaded his Times editors to let him cover. He was 44 years old, and he was the first Times journalist since World War II to die while covering a story.

Colleagues were devastated, but the blow was greatest to Nathaniel’s family: his wife, Elizabeth, and their 8-year-son and 5-year-old twin daughters. In discussions between the family and Times journalists and executives, the idea emerged of establishing an annual award in Nathaniel’s memory.

But while the award was intended to recognize “journalistic chops,” the criterion “was not a standard like the best business story of the year,” said John Geddes, who was then the business editor. It was meant to honor the singular qualities that defined Nathaniel: Someone who was “cooperative, collegial, who would help you out on anything.”

“In such an ego-driven job,” Mr. Geddes said, “he was selfless in a way that made you think it’s a better place because he’s here.”

There have now been 21 recipients of the award “for coverage of business and economic news distinguished by its intelligence, curiosity and clarity,” their names recorded on a plaque in the Times newsroom. Some have made their mark overseas, like David Barboza and Liz Alderman. Others have had stateside careers, like David Leonhardt and Patricia Cohen. This year, for the first time, the award was presented to someone while an editor: Adrienne Carter, a deputy business editor.

Above the plaque listing recipients is one commemorating Nathaniel himself, describing him as “a journalist of spacious heart and gracious spirit who epitomized the correspondent’s craft.”

“It’s always striking to me how much it means to The Times to honor the character of the people,” Elizabeth Nash said of the award. “It’s very much about someone who can collaborate, about the telling of the story — not your own accomplishments — and about someone who works well with others, who represents a fineness. It’s very heartening.” The annual award lunch has also been a way for her children, now young adults, to join in a celebration of their father’s work and values.

Almost 30 years ago, when I was a Times editor visiting the Washington bureau and Nathaniel was a congressional reporter, he led me on a daylong tour of Capitol Hill. As the years go by, those receiving the award and attending the lunch are less likely to have known him. But his impact continues to be felt. “This man gave his life serving our readers,” said Ellen Pollock, the current business editor. “That is very much top of mind.”

Follow the @ReaderCenter on Twitter for more coverage highlighting your perspectives and experiences and for insight into how we work.