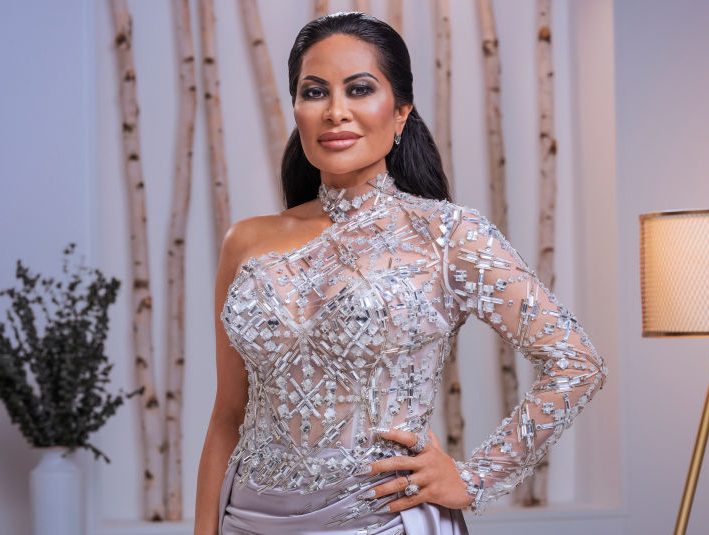 Jen Shah has been sentenced to six-and-a-half years in prison.

The Real Housewives of Salt Lake City star pleaded guilty to fraud and money laundering charges last July, following allegations that she had been running a US-wide fraud scheme with her former assistant. Stuart Smith, since 2012.

The US government recently recommended that she should get 10 years behind bars for the crimes.

‘My intention is to impose a sentence of 78 months of incarceration and other conditions,’ Judge Stein said via Inner City press.

According to NBC, the Judge also said that ‘thousands of elderly people’ suffered ‘financial and emotional devastation’, due to the alleged crimes, as their lives were ‘turned upside down’.

‘I don’t know if she appreciates the harm she has caused, I hope she has, I heard the words,’ they continued. ‘Those people have no way of being made full again … If they are financially, they won’t be emotionally.’

Addressing Shah directly after the sentencing, Judge Stein reportedly added: ‘I do wish you luck. I know you can put this behind you and when you get out you can rebuild your life.’

She has been ordered to surrender to prison on February 17, and will also serve an additional five years of supervised release.

It was alleged that Shah and Smith had sold services such as website designs that claimed to make the management of victims’ businesses more profitable or efficient, according to prosecutors.

As well as this, they were accused of offering to sell on the personal information of victims to other members in a ‘fraud ring’, with many of those targeted being over 55.

In shocking scenes that aired on season two of the Bravo program, the Housewife suddenly left filming ahead of a cast trip, moments before detectives came on the scene.

Footage then emerged of agents arriving at her home, hoping to get to the bottom of the drama.

Smith pleaded guilty to the charges against him. Last July, Shah changed her plea to guilty after being charged with one count of conspiracy to commit wire fraud in connection with telemarketing.

She is thought to have agreed to forfeit $6.5million and to pay up to $9.5million in restitution.

Following the move, her future on RHOSLC was left in doubt and she later confirmed that she would not be taking part in the reunion.

Taking to Instagram, she shared a statement which read: ‘On September 14, 2022, I was informed by Bravo executives that I was not invited to attend the season 3 reunion.

‘I was disappointed because I would have no venue to confront inaccuracies and address my storyline with cast members.

‘Out of nowhere, on November 29, two and a half weeks ago, I was invited to attend. I was elated to learn I would now have a voice at reunion.

‘I was clear with Bravo that out of respect for the courts and a standing judicial order, I would not be in a position to discuss anything related to my legal case or sentencing. Bravo found this unsatisfactory and said they expected to discuss this “storyline”.’

She added: ’That expectation has no regard for me or my family’s wellbeing; so under legal advice, I will not be attending reunion.

‘I need to focus on the most important thing in my life – my family [sic].’