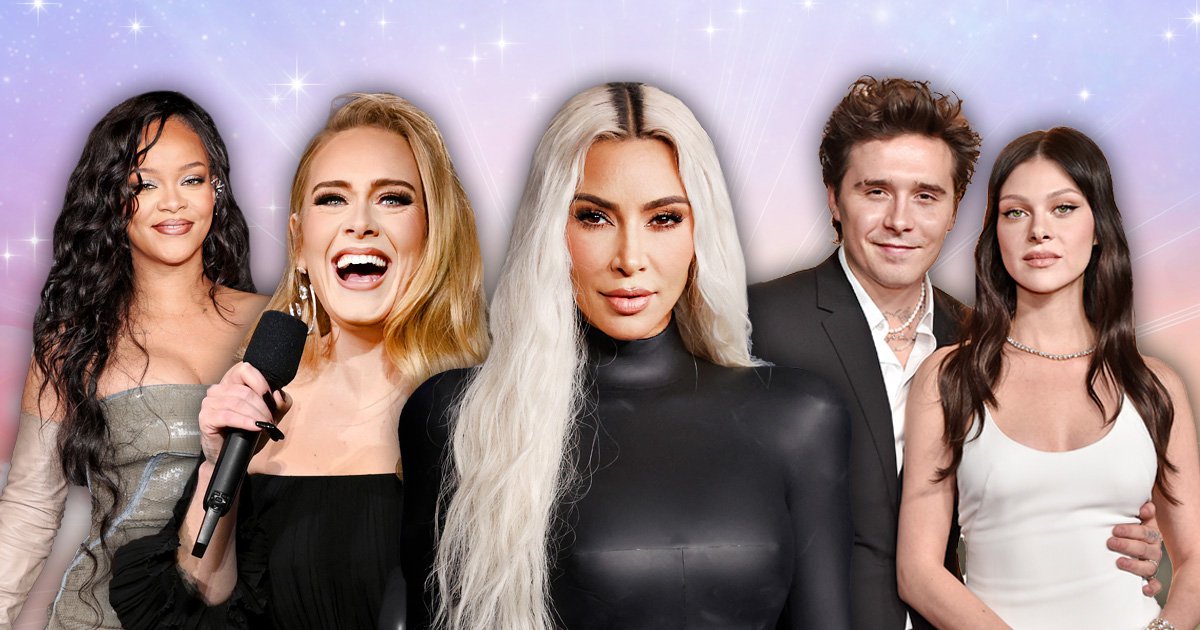 Some things that happen in the world of showbiz are completely unpredictable – Will Smith slapping Chris Rock at the Oscars is something no one saw coming – but, if you’re a psychic with a vision for the future, you’re probably already prepared for all the celebrity bombshells yet to come.

Most of what 2022 had to offer frankly took us by surprise – Matt Hancock going on I’m A Celeb, Rihanna having a baby (and all those eye-catching maternity outfits), and Khloe Kardashian having another bubba with Tristan Thompson – yes, it’s been quite an exhaustive year of whiplash.

However, we’re no longer looking backwards but forwards, racing towards the new batch of break-ups, pregnancies, feuds and binge-worthy TV shows that will keep us entertained for the next 12 months.

Here at Metro.co.uk, we thought we’d be a little better prepared for what’s to come and, who better to speak to than someone with a crystal ball? We called on psychic and tarot reader Inbaal Honigman who gave us a head’s up on what to expect from some of our favourite celebrities in 2023…

Kim needs a break. She is tired and wants 2023 to be her self-care year for relaxing and making memories with her family. But, she’s an active person and doesn’t really know how to rest and relax.

In her imagination, she’s laying on the beach in Mustique, mocktail in hand, while the kids play in the sand but, in reality, she’ll find ways to keep as busy as possible. Exhausted or not, she loves being in the limelight, loves earning a crust, and she’ll find a way to monetise her year of rest.

She’s too exhausted for new love, however.

What a wonderful year ahead for Katie! Despite the ups and downs of her career, she comes out on top. Thanks to some well-placed endorsement deals, a new book and a personal subscription service, she sees money coming in. But more excitingly, thanks to a widely-loved TV appearance, she secures a new long-term contract on TV.

Katie loves to be in love, and 2023 sees her on the arm of a real knight in shining armour. A guy who’s in showbiz, very sweet and family minded, fair hair and a promising dating history. He’s been a nice boyfriend to others in the past and he’ll be lovely to our Katie.

This loving and devoted pair are a lovely match in terms of personalities. His fiery character suits her intellectual persona, and each of them has their own way of doing stuff, so they don’t step on each other’s toes and support each other with their personal endeavours.

This year will bring a lot of interesting job offers abroad for the pair. They’ll enjoy whatever is on offer, as they reckon you only live once. There are no babies indicated in their cards.

Their Tarot cards show that they’re cut from the same cloth. Both ambitious, international, and independent. Whether two independent people can be in a relationship together remains to be seen.

In career terms, both have a wonderful year, with Ekin-Su stepping forward with some writing projects – a book or a magazine column, and also lots of travelling. Davide will have some photography projects abroad, and some interviews scheduled in his native Italy.

Together as a couple, they give each other space. It’s not a very romantic set-up, as they aren’t offered many joint projects so they don’t see a lot of one another. They may take a break this year but will be looking into getting back together when things calm down a bit.

There are other job offers coming in for Holly. A commercial station would like to offer her lots and lots more money to come and join their brand but Phil doesn’t have the same offers on the table.

There are so many projects still on the go for Khloe, she feels like all she does is work and exercise, and she misses spending time with the younger generation of her extended family. She wants a restful year and she wants to play silly games and sing songs with the babies… but she can’t yet.

She’s got contracts and commitments that frankly, she’d love to get out of. This coming year she’ll reassess where her preferences lie, and we’ll see her doing fewer projects, and only the things she truly loves to do.

Ace of Coins, 9 of Cups, The Hierophant.

The 2023 Love Island winners seem like they already come from money, from an independently wealthy family.

One of the winners is fair-haired with a ‘regional’ accent, and the other one is dark haired and well spoken, possibly a Taurus, and from an Arabian background.

The Hanged Man is the card Harry gets for 2023, and it’s better than it sounds. It speaks of stability and balance, nothing much changes for him in the coming year, which is music to his ears. He’s not interested in any more drama or excitement. Some legal matters will need his signature and presence back in the UK.

Meghan’s Ace of Swords is a writing card, there could be a book in the works for the Duchess.

Together there is some restriction for the couple. They’ll each be busy with their own projects and will miss each other a lot. They want to prioritise their family but have work offers that demand they travel internationally and often separately.

The new mum is not going to let anyone dictate her life. She’s setting strong boundaries and not accepting any job offers and any friendships that don’t fit with her existing life. She wants to be bored for a year, and she wants to just do the mum thing. Rihanna’s setting herself a specific mum-goal to spend the time with her baby, to be around for his first word, his first step.

However, she’s a creative lady, and will still be working around him – Zoom meetings for her make-up line, and late-night recording sessions from home, only with the most acclaimed of songwriters.

She’ll have a new track out and her cosmetics range will have some interesting launches.

Mental health is still a big focus for Britney. She’ll have a couple of false starts in 2023, announcing collaborations and not following through, or starting an endorsement deal and then cancelling it. She struggles to remain consistent, and her focus needs to be self-care and forgiveness.

Musically she’ll go back in time and release some of her old music for her adoring fans.

The Wheel of Fortune, 2 of Cups, The Lovers.

There’s so much romance coming up for Adele in 2023, she’ll have more than enough material for a new album or three. She’s very aware of the ups and downs of life this year, and goes with the flow when she experiences some loss in the extended family.

A bit of emotional ups and downs means her physical image will change as well.

But at the heart of this upcoming year, is a love story so powerful, so intense, that it will be an inspiration for single parents the world over. She will be celebrating her beautiful love in multiple destinations, and an eye-popping engagement ring is on the cards.