During Queen Elizabeth II’s Platinum Jubilee, longtime royal fans got to see practically every member of the House of Windsor out in full force to celebrate the long-reigning monarch’s historic 70 years on the throne. Not only did we get the chance to see young royals like 4-year-old Prince Louis steal the show at Trooping the Colour, we also saw a lot more of Prince George, 8, and Princess Charlotte, 7. The two Cambridge kids joined parents Kate Middleton and Prince William for a major event, proving the siblings are already paving the way for the monarchy’s future.

On the third day of the Platinum Jubilee festivities, George and Charlotte joined their mom and dad for a trip to Wales. The two young Cambridges accepted flowers and practiced their royal waves while greeting members of the public. It was almost like watching a mini Prince William and mini Kate Middleton go about their duties! Just look at the precious snapshots below. 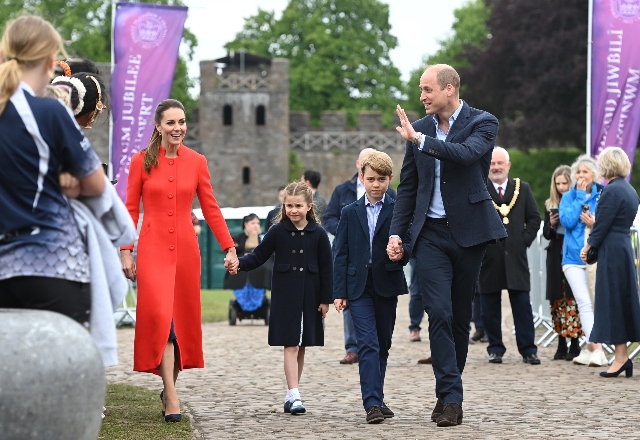 Now, George and Charlotte were in well-practiced hands during their visit. The Duke and Duchess of Cambridge were with their children every step of the way as they visited Cardiff Castle. Both Cambridge kids were dressed to impress, and followed their parents’ lead through the cobblestone streets. It was definitely a pleasant surprise to see the two little royals with their mom and dad — then again, we saw quite a lot of them over the course of the Platinum Jubilee celebrations. 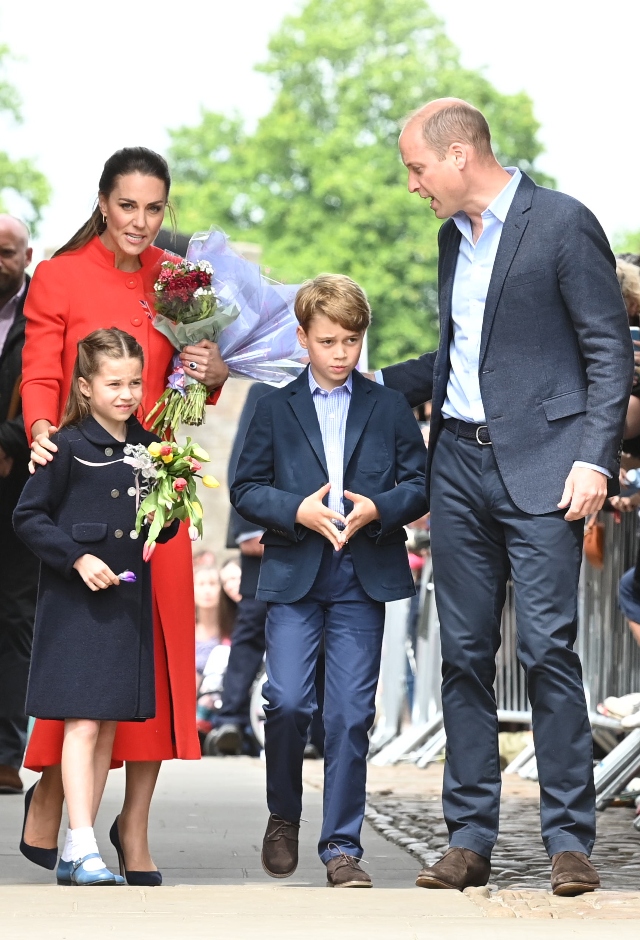 Prior to this outing, George and Charlotte joined little brother Louis in a carriage ride to Buckingham Palace for Trooping the Colour. Then, the trio joined their parents, their great-grandmother, and other working members of the royal family for that iconic photo op on Buckingham Palace’s balcony. The Cambridge kids also attended the Platinum Jubilee concert.

Even prior to the Platinum Jubilee, though, there were signs that Charlotte and George were slowly but surely making more public appearances alongside their parents. Something tells us this is just the start of George and Charlotte’s foray into working royal life. As their mom and dad lead the way for the future of the monarchy, we have a feeling we’ll be seeing a lot more of the young Cambridges in the near future.