Pete Davidson had nothing but kind words to say about his ex girlfriend, writer Cazzie David, and her newly published book, “No One Asked for This.”

In the collection of essays, David wrote about her breakup with the “Saturday Night Live” star, who she dated for two and a half year before splitting.

“I’m really happy for her,” Davidson said of David and her book’s success in an interview with Insider published earlier this week. “It did well, and, you know, we’re cool. I wish her nothing but the best.”

He added, “I think she wrote a really funny book and I hope it stays on the chart.”

David opened up about the tumultuous split in an emotional essay called “Erase Me.” She wrote that after the couple went on a break, the comedian officially ended their relationship via text before moving on days later with pop sensation Ariana Grande.

To add salt to the wound, he also covered up any meaningful tattoos he’d gotten during his relationship with David. 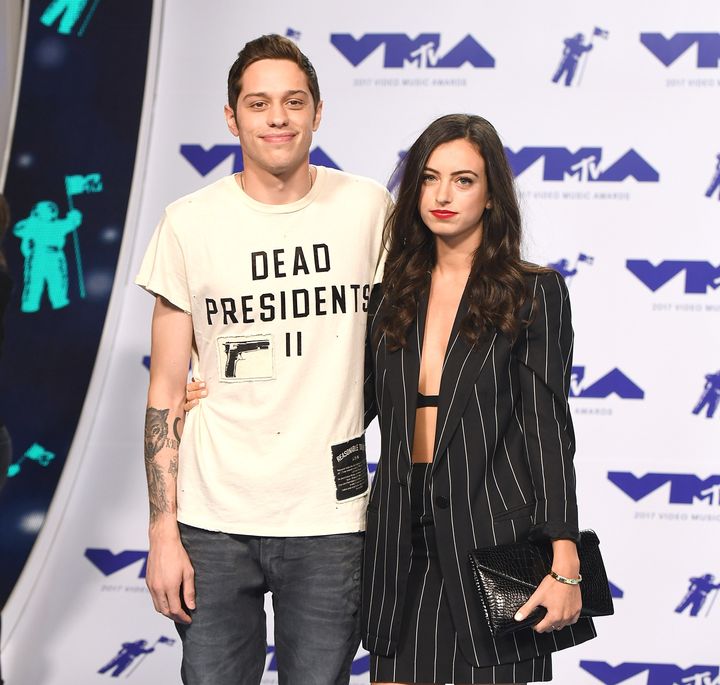 Unfortunately for David, Grande and Davidson quickly became a paparazzi sensation. Coverage of their relationship ― and subsequent engagement after just weeks of being together ― was constant.

David wrote that it was nearly impossible to stop thinking about her ex “immediately falling in love, accompanied by audio of [Grande’s] baby voice whispering sweet nothings in his ear, dubbed over his past declarations of love and trust to me.”

In the aftermath of the breakup, David wrote that she woke up in a hotel room “screaming in agony,” and she also recalled shaking “uncontrollably” in the arms of her father, Larry David, one time. Eventually, though, he administered some tough love.

“CAZZIE, COME ON!” the author said her famous father eventually yelled at her. “YOUR ANCESTORS SURVIVED THE HOLOCAUST!”

David told the Los Angeles Times in November that she was originally anxious about the attention that publishing an essay about their relationship would bring. 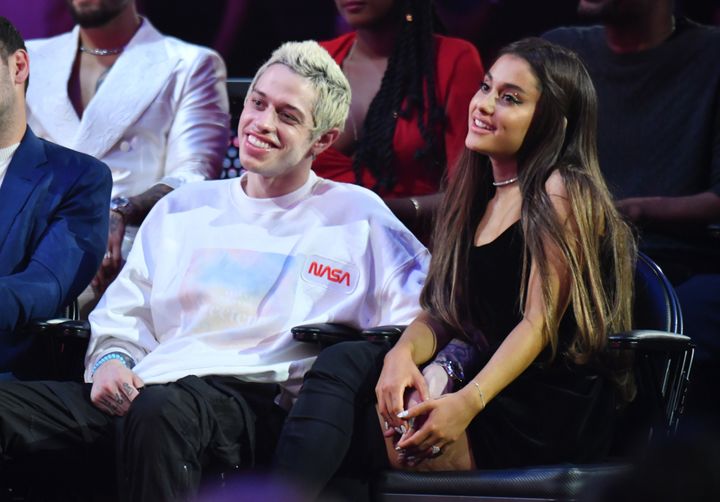 “It was a really pivotal moment in my life and writing about it has caused me a ton of anxiety, especially because I talk so much about hating the attention it brought me,” she said. “Why would I bring more attention to myself by writing about it? But there’s nothing that’s gonna be worse than what I already experienced with that.”

Davidson and Grande later called off their engagement in 2018. Grande recently announced her engagement to real estate agent Dalton Gomez.

And as evidenced by the “King of Staten Island” actor’s sweet well wishes for David, the former couple are currently on much better terms.

David even mentioned Davidson by name in the dedication of her essay collection, writing “Pete. I love you … Your bravery inspires me and your friendship means the world to me.”