Cameron Hawthorn struck viral gold last year with the dreamy video for his single “Dancing in the Living Room,” in which he tenderly cuddled with a boyfriend at twilight.

The Nashville, Tennessee, singer-songwriter couldn’t have asked for a better breakout. “Dancing in the Living Room” helped land him on the country music network CMT and led to glowing stories in People and The Advocate. Now, nearly 18 months later, he’s ready to move beyond romance to showcase other emotions on his new EP, “Mustang,” released last week.

“All of these songs are stories I’ve wanted to tell, but have never felt free to tell,” he told HuffPost. “They say country music is ‘three chords and the truth.’ These are the stories of my journey. This is me singing from the heart.”

Though Hawthorn came out as gay before the release of “Dancing in the Living Room,” that song was the first musical reflection of his authentic self. The other tracks on “Mustang” pick up where “Dancing in the Living Room” left off. The title track, he said, “encompasses the freedom” he now feels, while he lusts after a line-dancing cowboy on “Oh Hot Damn!” the video for which premiered on HuffPost last year.

The EP’s emotional apex, however, is “To Break Hers,” in which Hawthorn recalls ending a relationship with a woman before he came out. Still, he’s hopeful anyone who has ever been in a failed romance, regardless of their sexuality or gender identity, can relate.

Watch the music video for “To Break Hers” above. 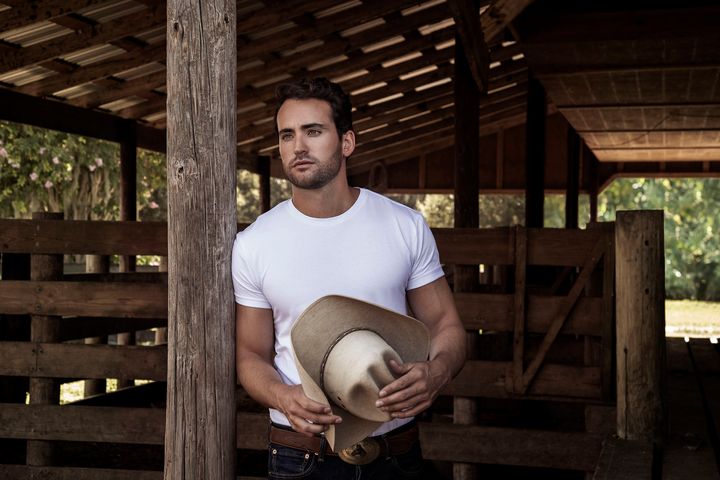 “My goal with ‘To Break Hers’ was to sing about something that was specific to my story but was also universal,” he said. “It’s hard to be fully vulnerable, but I’m finding more freedom in unashamedly being myself and peeling back the layers of myself as a songwriter.”

Born in Kansas, Hawthorn belongs to a small but vibrant community of LGBTQ performers in country music, a genre that many still view as less than welcoming for the queer community. Prior to embarking on a career as a solo artist, he spent years in Los Angeles writing and recording songs for film and television. His self-titled debut EP was released in 2017, shortly after he relocated to Nashville, Tennessee.

He put the finishing touches on “Mustang” earlier this year but questioned whether he should release the music amid the COVID-19 pandemic. In the end, he decided it was the right time, viewing the five songs as the closing of a professional chapter, with a new one to begin next year. 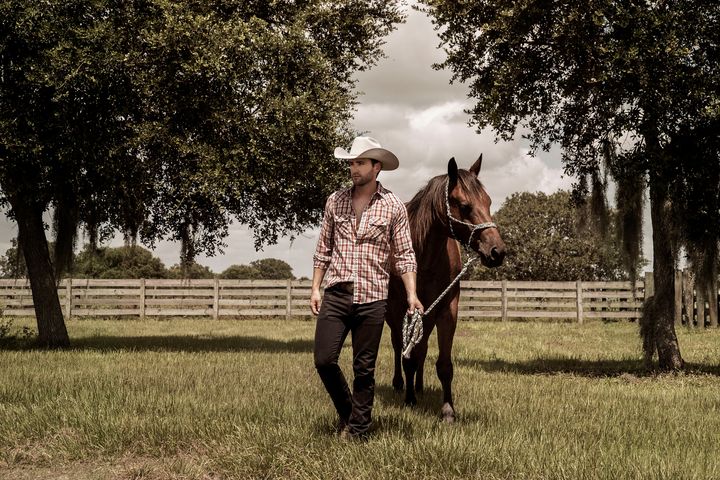 Hawthorn is also eager to resume live performances and embark on a concert tour come mid-2021, assuming it’s safe to do so. No doubt new music will be in store, too, inspired again by his own life. Earlier this year, he began dating a Texas man, and together the pair have been splitting their time between Dallas and Nashville.

“So long as you feel safe about it, I think this has been one of the best times to start a relationship,” he said. “You’re quarantined together, so it’s either going to work or it’s not going to work.”

In addition to the influence of Ricky Nelson and Elvis Presley records, Hawthorn said spending time in Texas has been creatively fruitful.

“I’m not the kind of musician who can write three to five songs every week,” he noted. “I’m a person who needs to be inspired by real life. I’ve been out in the country in Texas, and that’s been very inspiring — to be here, to clear my mind and be in nature.”