It hasn’t been the best week for Olivia Wilde, Jason Sudeikis, nor Harry Styles after the nanny’s allegations about their love triangle don’t make anyone look very good. The stress caused by those very public disclosures might be taking a toll on Wilde and Styles’ relationship.

The couple was spotted on Wednesday night at the Los Angeles hotspot, Pace, before heading to the Wiltern Theater to see the band, Wolf Alice, play. (See the photos and video HERE.) Wearing a stylish black slip dress and black leather boots, the 38-year-old actress looked a little sad as she walked next to her boyfriend. Styles was fashionably outfitted in a navy pinstripe pants paired with a crisp white shirt and a light blue vest over it. He looked equally as glum as Wilde did as they avoided any loving connection in front of the paparazzi.

Wilde looked a bit more jovial while interacting with friends at the valet station in the video. The Don’t Worry Darling director smiled as the group broke out in laughter. However, her 28-year-old boyfriend didn’t seem to be in the mood to participate in the festivities. Normally, Wilde and Styles are holding hands in public — not afraid to show off any PDA — so this night felt off for them.

The nanny’s alleged texts with Sudeikis, and released to the Daily Mail, show a chaotic time during the Ted Lasso star’s breakup with Wilde. The timeline appears to show some overlap between Wilde’s two relationships, and it feels messy for all parties involved (and that “special salad dressing“). Even though the former couple has shown a united front against their nanny, it’s hard to know exactly where Styles now fits into the situation. Perhaps those photos are a telling sign of what the last tumultuous week has been like behind the scenes.

Before you go, click here to see celebrity couples with significant age differences. 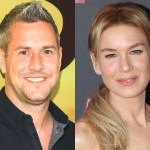