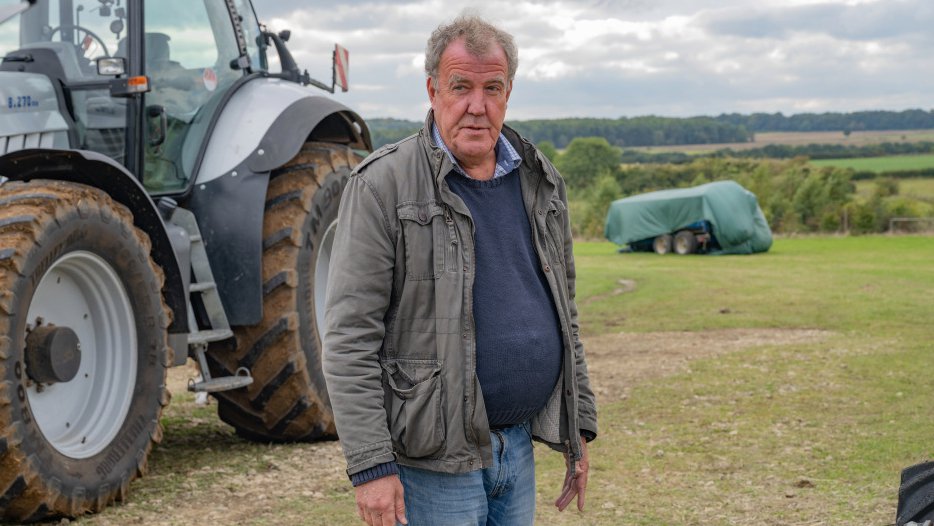 The enfant terrible has finally had his comeuppance – albeit a lot later and with a lot less oomph than I’d have hoped for.

Jeremy Clarkson has reportedly been dropped by streaming giant Amazon. It’s made me question what took them so long?

It all started when the Grand Tour host shamefully wrote horrible comments about Meghan Markle in a now-deleted The Sun column last month.

In it, he said that he ‘hated’ her on a ‘cellular level’. Even more so than he hated serial killer Rose West – so much so that he was ‘dreaming of the day when she is made to parade naked through the streets of every town in Britain while crowds chant, “Shame!” and throw lumps of excrement at her’.

Intense backlash rightly ensued, after which Clarkson tweeted that he was ‘horrified to have caused so much hurt’, but didn’t actually use the word ‘sorry’ or ‘apologise’ in his tweet.

The Sun then published an apology, in which they said they ‘regret the publication of this article’ and ‘are sincerely sorry’.

In his weak attempt for social forgiveness, Clarkson then issued a statement via Instagram on Monday claiming he ‘e-mailed Harry and Meghan’ on ‘Christmas morning’ to ‘apologise to them’.

Except the Sussexes claim that’s not exactly true.

In their own statement, they said Clarkson ‘wrote solely to Prince Harry’ on Christmas Day.

Rather than contact the woman he offended and has bullied through the press for years, Clarkson emailed her husband instead. Wow. Great way to prove you’re not a misogynist, mate.

The Sussexes added: ‘What remains to be addressed is his long standing pattern of writing articles that spread hate rhetoric, dangerous conspiracy theories, and misogyny’.

On the same day that Jeremy published his grovelling insincere apology, news broke that Amazon would reportedly not be renewing his contract with them, so The Grand Tour and Clarkson’s Farm will likely not film new episodes after 2024.

It wasn’t exactly the full cancellation I was hoping for – allowing Clarkson to fulfil the lucrative contracts for episodes of his shows already commissioned.

If Amazon wanted to make an example of him, an immediate and swift ditching would have hit the sweet spot.

Don’t get me wrong, I do not believe that anybody should be ‘cancelled’ for making one massive mistake that fails the public taste test. However, Clarkson is not guilty of just a single offence – he is a serial delinquent.

It’s my opinion that he should have been dropped from TV shows and newspapers alike years ago, but thanks largely to the fact that he is a posh, rich, right-wing and well-connected man, he has been given umpteen second chances.

In fact, just a week prior to his Game of Thrones-inspired tirade against Markle, a previous column of his described the Duchess of Sussex as an ‘unhinged monster’.

I’m still bitterly disappointed that ITV have not removed him from Who Wants To Be A Millionaire. But perhaps the network – the same one that preaches and encourages people to be kind – simply doesn’t care about bullying after all.

If Clarkson survives this scandal and keeps his column, as well as a few TV presenting jobs, it will come as no surprise. This is a man who has a history of being rude and abrasive, yet he’s more Teflon than Boris Johnson.

Seems like this guy has a history of making light of violence against women. What about his views on race? Surely racism is the final taboo, right? Wrong.

There was that one time in 2014 when he used the N-word while filming for the BBC, but the broadcaster chose to not fire him or even suspend him for it.

That same year, as a man walked towards himself and Richard Hammond on a bridge in Thailand, Jeremy said: ‘That is a proud moment, but there’s a slope on it.’

Ofcom found that Clarkson had deliberately used an ‘offensive racial term’ that caused offence and breached broadcasting rules, but the Beeb again didn’t bin him then either.

There are many more examples too, including Clarkson making a Nazi-style salute in 2005 and making a deeply inappropriate joke about a woman wearing a burka, as well as even dressing in one too.

Despite this catalogue of issues, it was only after the motor enthusiast punched a BBC producer in the face and called him a ‘lazy, Irish, ****’ – because he allegedly couldn’t order a steak for supper – that he was finally dropped by the corporation.

Jeremy Clarkson is a has-been that should never have been able to go on for as long as he did with his more than questionable behaviour.

When we reward those who consistently abuse others, it sends a message that that behaviour is not just OK, but it is welcomed.

I don’t despise Jeremy Clarkson more than Rose West, and I don’t hate him on a cellular level. But I wish those who have the power to punish him and thus amend his repeated actions would take some responsibility and do the right thing.

Amazon have taken one small step, but we need other broadcasters and media organisations to make the giant leap and ensure his vile behaviour is no longer rewarded.