Home » Entertainment » No, Netflix Is Not Abandoning Its Binge Format

There’s a chill in the air, and for a certain cozy-inclined television viewer, that means curling up with a cable-knit blanket to binge “The Great British Baking Show” on Netflix.

But those who tuned in on Friday may have been surprised that only one episode of the reality cooking competition was available. But it’s not to torture viewers. Nor is it because Netflix has big plans to rethink how it offers programming.

For the new batch of “Great British Baking Show” episodes — the seventh collection available to audiences in the United States — Netflix is rolling out an episode a week because the streaming service now has the ability to air the episodes shortly after they air on Channel 4 in Britain, where episodes are released weekly. (There, it’s called “The Great British Bake Off.”)

Last year, Netflix acquired first-run United States rights, and with the current season, it has caught up with the show in real-time.

Previous collections were licensed to Netflix by Love Productions, which produces the show, and PBS had the first-run rights. That means Netflix was only able to stream seasons to audiences in the United States after they had aired in full in Britain.

The service has released episodes of certain shows weekly for years — often with those that are licensed or have a broadcast partner — like with “Breaking Bad,” when Netflix wanted to bring members in Britain new episodes as soon as possible after their broadcast on AMC.

That said, Netflix is dipping a toe into the different rollout format with “Rhythm + Flow” — the service’s first reality music competition, where Cardi B; Chance the Rapper; and Tip Harris, a.k.a. T.I., search for the next hip-hop star.

New episodes will be available in three batches on Wednesdays starting Oct. 9, with different phases of the competition featured across 10 hourlong episodes. 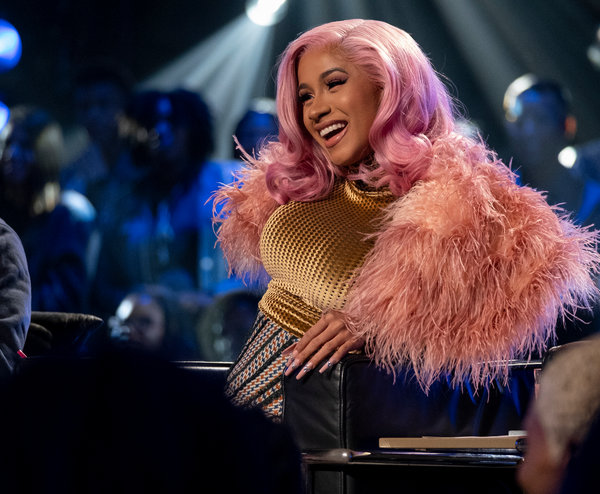 By releasing the episodes with phases of the competition, Netflix is hoping to build momentum with fans and avoid spoilers, but this isn’t happening with more shows right now, Netflix said.

Nonetheless, viewers were quick to voice their discontent with Netflix on social media this week, as Netflix insisted that nothing is really changing.

“Say it ain’t so,” one person tweeted at the company; “Dont change @netflix releasing entire seasons at once is what makes streaming platforms great,” another posted on Twitter.

“It aint so,” Netflix responded on Tuesday night. “We’re not changing.”

“We’re trying something new! but not happening with more new shows than that,” Netflix said on Twitter, referring to “Rhythm + Flow.”

Netflix may have faced some backlash online, but other streaming services including Hulu roll out episodes weekly for some original series (like “Castle Rock” and “Handmaid’s Tale”) with little hubbub. And with an increasingly crowded streaming market, other soon-to-be major players will likely do so too — namely Disney, whose executives revealed last month that episodes on the upcoming Disney Plus streaming service will in fact follow a weekly release schedule.