Here’s a bell NBC might not be able to unring: The network is apologizing for an episode of the “Saved By The Bell” reboot mocking Selena Gomez’s kidney transplant.

The sixth episode of the series’ first season, which arrived in full on NBCUniversal’s Peacock streaming service on Wednesday, made multiple references to Gomez’s lifesaving 2017 surgery for lupus-related organ damage, sparking major outrage from the singer’s fans online.

“We apologize. It was never our intention to make light of Selena’s health. We have been in touch with her team and will be making a donation to her charity, The Selena Gomez Fund for Lupus Research at USC,” Peacock representatives said in a statement to Variety on Saturday.

In one scene, two background actors argue over the identity of Gomez’s kidney donor, after the fictional Bayside High cut students off from the internet by confiscating their cellphones.

“I know for a fact that Selena Gomez’s kidney donor was Justin Bieber’s mom. God, I wish that I had my phone so that I could prove it,” one high schooler says. The other responds: “Prove what? That you’re an idiot? It was Demi Lovato’s kidney.”

Another scene from the same episode features two cast members speaking in front of a wall with graffiti that reads, “Does Selena Gomez even have a kidney?” 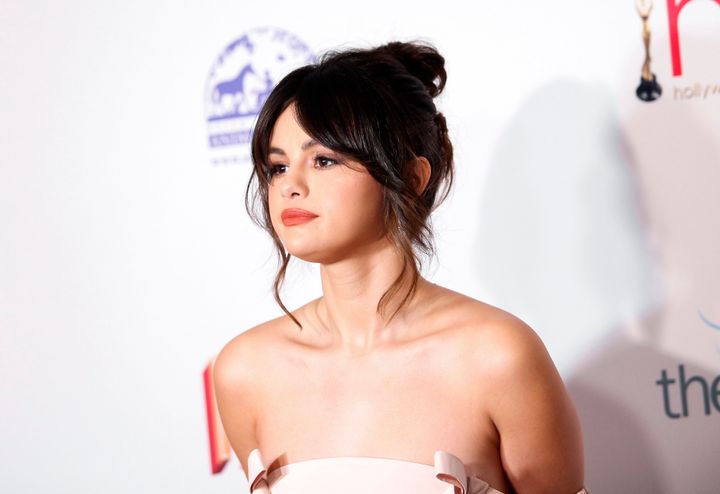 The jokes struck many fans as deeply insensitive. Gomez became severely ill due to complications from lupus, an autoimmune disease in which the body’s immune system attacks healthy tissue. According to the Lupus Foundation of America, the disease affects more than 1.5 million people in the U.S.

Two years after she was diagnosed, Gomez announced that she’d underwent a kidney transplant with an organ from her friend, actor Francia Raisa. After the transplant, the “Rare” singer experienced emergency complications that resulted in a second surgery to construct a new artery to support the kidney, which wasn’t functioning properly.

Gomez hasn’t addressed the “Saved By The Bell” controversy. Raisa, however, expressed disappointment in a social media post.

“Some of the cast and producers have reached out to me personally to apologize for this and I truly appreciate that,” Raisa wrote on Instagram stories Saturday. “But I do want to acknowledge that this public apology from the network should acknowledge the donors that could have been offended by this.”

“It’s not about me,” she continued, “it’s about acknowledging the great role that donors play.”

In a statement on Twitter the same day, Raisa spoke directly to organ donors like herself who may be dismayed at the show’s treatment of their experience.

“As a kidney donor I want to show love and let other donors know that you are not alone,” the actor tweeted. “You are seen. You are appreciated. You are so brave and your selfless act is very much appreciated and valued!”

The tweet quickly went viral, with many of Gomez’s legions of supporters chiming in on their own accounts as “Respect Selena Gomez” began to trend on Twitter.

In September, Gomez proudly showed off one of her kidney transplant scars after covering up for years in a photo of herself rocking a one-piece bathing suit.

“When I got my kidney transplant, I remember it being very difficult at first showing my scar. I didn’t want it to be in photos, so I wore things that would cover it up,” she wrote in the caption. “Now, more than ever, I feel confident in who I am and what I went through … and I’m proud of that.”