Before he resumes his “Dexter” duties, Michael C. Hall is offering a respite from the perils of summer 2021 with a delightfully menacing music video.

The seven-time Emmy nominee is the frontman of an experimental rock band, Princess Goes to the Butterfly Museum, which released its debut album, “Thanks for Coming,” in February. On Wednesday, the band unveiled a music video for “Nevertheless,” its latest single.

Catch the “Nevertheless” video below.

The origins of Princess Goes to the Butterfly Museum can be traced back to Hall’s musical theater roots. In 2014, he returned to Broadway in the hit musical “Hedwig and the Angry Inch,” and bonded with Katz-Bohen and Yanowitz, two of the show’s musicians.

It turns out, Hall’s new friends had some serious rock cred on their résumés, too. Yanowitz is a founding member of The Wallflowers and Morningwood, while Katz-Bohen has played with Blondie and Cyndi Lauper, among other artists. Before long, the three men began writing and performing music together, and in 2020, unveiled a self-titled debut EP.

“A lot of people say, ‘Oh, wow, that’s not what I was expecting at all’ when they see us for the first time,” Hall told HuffPost in February. “I always take that as a compliment. As an audience member, you always want to be surprised musically or thematically or whatever. I’m enjoying that we can sort of do that to people.” 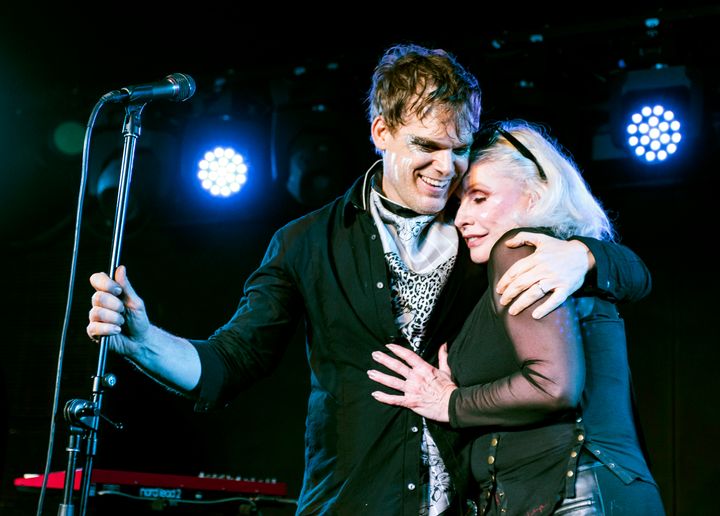 The release of the “Nevertheless” video comes at a prolific time for Hall. He steps back into the role of blood splatter analyst turned serial killer Dexter Morgan on the hotly anticipated revival of “Dexter,” due out on Showtime in November.

On Oct. 30, Princess Goes to the Butterfly Museum plans to return to New York’s Mercury Lounge for its first live performance since concert venues closed in March 2020. A 16-date European tour is set to kick off Nov. 27 in England, with additional stops in Ireland, Ukraine and Germany.

Though the band is grateful for the praise that “Thanks for Coming” has thus far received, its members say they are already at work on new music.

“There’s not a lot for musicians to do right now other than be in the studio,” Yanowitz told HuffPost. “This album was the one thing that kept us sane ― just staying creative and engaged was one of the silver linings in a weird, fucked-up year.”