In late 2017, Ellen Pompeo, who famously plays Dr. Meredith Grey on ABC’s long-running medical procedural “Grey’s Anatomy,” signed a deal that made her television’s highest-earning woman in a drama. The two-year contract set her up to make more than $20 million a year as an actor and producer — $575,000 per episode, along with a seven-figure signing bonus and another $6 million from her share of syndication profits.

It was a groundbreaking achievement that, deservedly, received a ton of attention at the height of the Me Too movement.

“Creative Artists Agency compiled a list of stats for me, and ‘Grey’s’ has generated nearly $3 billion for Disney,” Pompeo told The Hollywood Reporter at the time of the deal. “When your face and your voice have been part of something that’s generated $3 billion for one of the biggest corporations in the world, you start to feel like, ‘OK, maybe I do deserve a piece of this.’”

Last year, Pompeo renewed her contract until 2021, setting up “Grey’s” to run through at least Season 17, which debuted on November 12. But alas, in the opening episodes, an overworked Meredith collapses after contracting a severe case of COVID-19, leaving many viewers to question whether she would survive the real-life virus which has now killed more than 250,000 Americans.

“Over 1,700 health care workers in the U.S. have died of COVID to date. Many thousands more have been infected. Health care workers are on the front lines of this crisis, living through a war for which they were not trained,” showrunner Krista Vernoff said in a statement. “We saw an opportunity to dramatize and illuminate their plight through the incredibly well-loved and well-known character of Meredith Grey.”

Without Meredith, the fate of “Grey’s Anatomy” would be sealed. 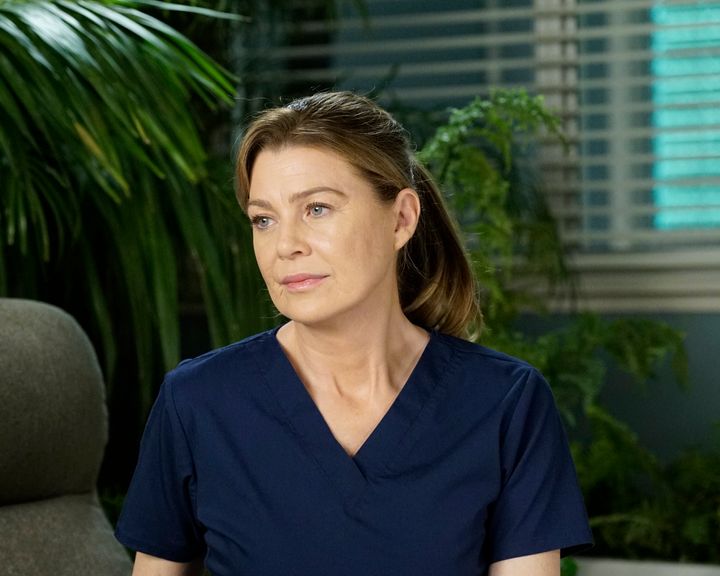 “Grey’s” was an instant hit when it debuted in 2005 with original cast members Pompeo, Sandra Oh, Patrick Dempsey, Katherine Heigl, Chandra Wilson, Justin Chambers, T.R. Knight and James Pickens Jr. In the years since, most of the main players have either left or been killed off the series, except for Pompeo, Wilson and Pickens Jr., who now star alongside a slew of supporting players including Camilla Luddington as Jo Wilson, Kelly McCreary as Maggie Pierce, Kevin McKidd as Owen Hunt, Caterina Scorsone as Amelia Shepherd and Jesse Williams as Jackson Avery.

It is not abnormal for “Grey’s” to put its characters in life-threatening situations, and many of the doctors on the show have faced near-death experiences, heartbreaking losses and tragic ends. George O’Malley (Knight) died following a bus accident that left his face unidentifiable. Lexie Grey (Chyler Leigh) and Mark Sloan (Eric Dane) sustained fatal injuries in a plane crash. And Derek Shepherd (Dempsey) was taken off life support after his car was hit by a semi-truck.

Meredith Grey herself has been involved in a series of harrowing situations over the years, but has somehow managed to beat the odds each and every time.

In Season 2, she holds an active explosive steady inside a patient’s body cavity while a bomb squad professional, Dylan (Kyle Chandler), walks her through how to remove it. Once the bomb is safely out of the patient, all seems OK ― until it explodes as Dylan carries it down the hospital hallway. Meredith narrowly escapes the blast.

In Season 3, Meredith operates on a patient who has toxic blood that causes those around it for more than 20 seconds to become ill and collapse. She exceeds the 20-second mark but turns out to be fine. A few episodes later, she is knocked into the water by a man thrashing in pain following a disastrous ferry accident in Washington state’s Puget Sound. Although Derek finds her as she’s drowning, it appears Meredith is too far gone. She drifts off to an in-between world where she visits former patients as she clings to life. Just when the team is about to pronounce her legally dead, Crisitina Yang (Oh) urges them to try resuscitating Meredith just one more time ― and she starts breathing again.

In Season 6, Meredith sacrifices herself to protect Derek (who has since become her husband), best friend Cristina and other colleagues after a grieving widower returns to the hospital to kill the doctors who couldn’t save his wife. She ends up surviving after the group manages to trick the shooter into leaving the operating room.

In addition, Meredith comes out of that aforementioned plane crash unscathed in Season 8 and, at the end of Season 9, manages to talk a surgical resident through her own surgery after she starts internally bleeding following her C-section during a power outage.

Meredith also survives a brutal attack by a patient in a fugue state in Season 12, but is left badly injured and temporarily deaf.

All of this is to say, what else can this woman endure? Can Meredith Grey really beat COVID-19, or will Season 17 feature the death scene longtime viewers will never be prepared for?

“We don’t know when the show is really ending yet. But the truth is, this year could be it,” Pompeo admitted to Variety in an interview last month. And Debbie Allen, who executive produces, directs and stars on the show, told Andy Cohen, “This was supposed to be our last year but, um, I’m not sure.”

ABC did not respond to HuffPost’s request for comment about Pompeo’s and Allen’s quotes or the future of “Grey’s Anatomy.” 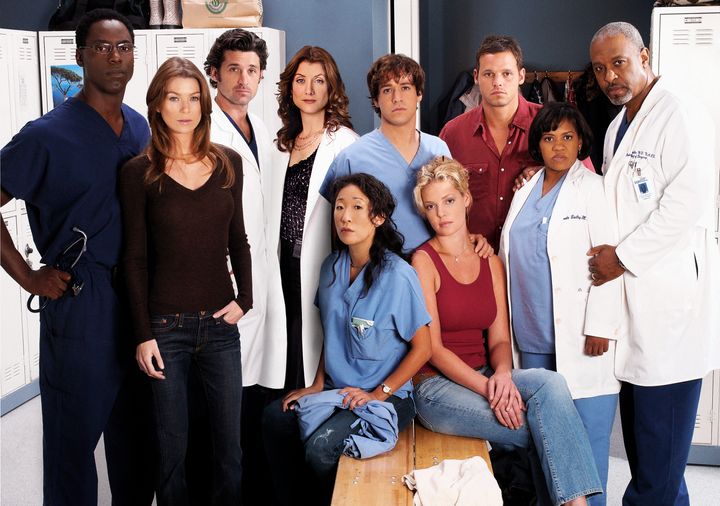 Fifteen years after its debut, “Grey’s” is still bringing in solid ratings. The finale of Season 16 earned 7.3 million viewers and “Grey’s” was named the Show of 2020 at the People’s Choice Awards. The Season 17 premiere attracted 5.3 million live viewers but once 3.1 million delayed viewings were added in, it became the top entertainment show for adults 18-49.

Those numbers had a lot to do with the unexpected return of the late Derek Shepherd, aka McDreamy, who appears in Meredith’s — wait for it — dreams as she battles the coronavirus. The spouses reunite on a beach, in a heaven-esque state, unable to embrace as they call out to one another. Dempsey said he will appear “throughout” the season and hinted that other former stars might show up, too.

Characters like George O’Malley and Lexie Grey could possibly appear in COVID-19 hallucinations as Meredith’s health worsens, or she could even receive Zoom calls from Cristina, Alex Karev (Chambers) and Izzie Stevens (Heigl). How great would that be?

But, again, will Meredith Grey really die? While some fans think that’s the most effective way to end the series, most are just hoping Meredith ― and her three children, Zola, Bailey and Ellis ― will finally get her happy ending.

Only time, and Ellen Pompeo, will tell.