The Duchess of Sussex has great taste, even in her son’s toys. Meghan Markle got Archie a Simba toy from The Lion King premiere in London. The new mom and husband, Prince Harry, attended the premiere along with the cast and shared a touching moment with Beyoncé and Jay-Z.

The royal couple were the guests of honor at the London premiere for the latest Disney live action film. While the new parents enjoyed the glamorous evening, the thought of baby Archie wasn’t far from either of their minds. Luckily, two young girls, Evie Chambers and Valentina Walker, whose parents are each affiliated with Disney, were on hand to offer the Duchess of Sussex the perfect trio of gifts — including one for the newest addition to the royal family. According to Hello!, Markle was presented with a bouquet, a book and a cuddly Simba toy for Archie. 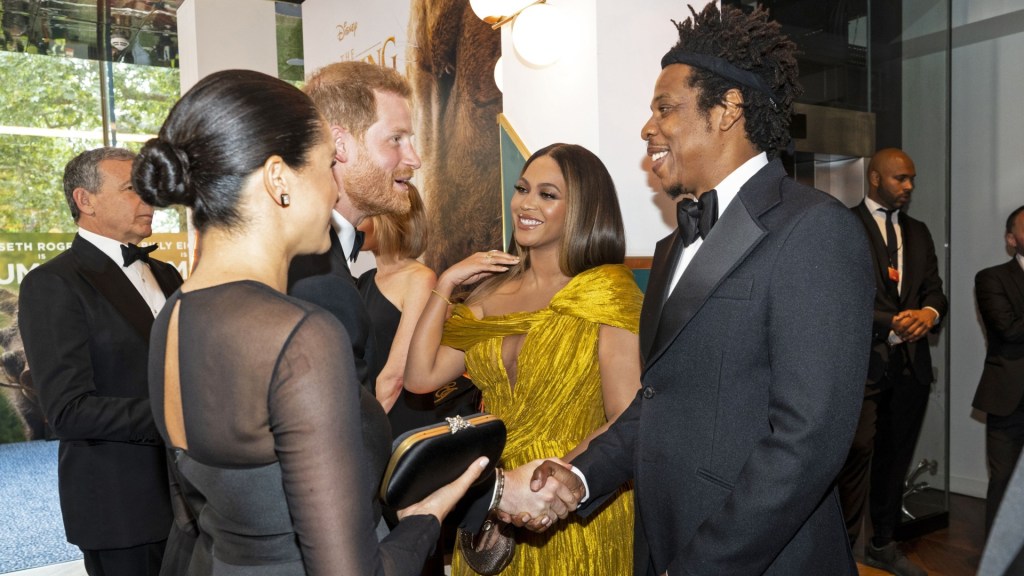 The Duchess of Sussex was very appreciative and even asked the two young girls, both 12, who their favorite characters from the movie were. “We said Simba and Nala,” Evie told Hello! “I told her this is for you, and she seemed really delighted.” Apart from the lovely gifts, the Duchess of Sussex and Queen Bey gave their fans a gift by embracing and sharing a warm conversation. The “If I Were A Boy” singer, who voices Nala in the film, and her husband had apparently broken royal protocol by arriving after the Duke and Duchess of Sussex. But the detail didn’t phase either couple, as they showered one another with compliments and well wishes.

The London premiere of The Lion King marks Markle’s first film premiere as a member of the royal family. It also marks one of her recent public appearances since giving birth to Archie. The Duchess of Sussex was seen twice at Wimbledon supporting her friend, tennis great, Serena Williams. The Duke and Duchess of Sussex are also preparing for a trip this fall to Africa, marking the first family excursion for the young parents and their son. We’re sure the new Simba toy will likely be added to the packing list!