Home » Mayim Bialik: Why I ‘Worked So Well’ With Jim Parsons on ‘Big Bang Theory’

Amy and Sheldon forever! It’s been nearly two years since The Big Bang Theory ended on May 16, 2019 — and Mayim Bialik and Jim Parsons took their final bow as Amy Fowler and Sheldon Cooper.

‘Big Bang Theory’ Cast From Season 1 to the Series Finale

“Jim and I had a lot of nice moments together on set and I think one of the things that worked so well for us as actor partners, and maybe as producing partners too, is that we’re not overly sentimental as humans, which I think is helpful,” Bialik, 45, exclusively told Us Weekly while discussing her new partnership with Purina Pro Plan. “It was helpful in our acting and also in the way we kind of processed ending a decade together.”

The Blossom alum joined the CBS sitcom in 2010. Her character eventually married fellow scientist Sheldon and they won the Nobel Peace Prize together in the series finale. 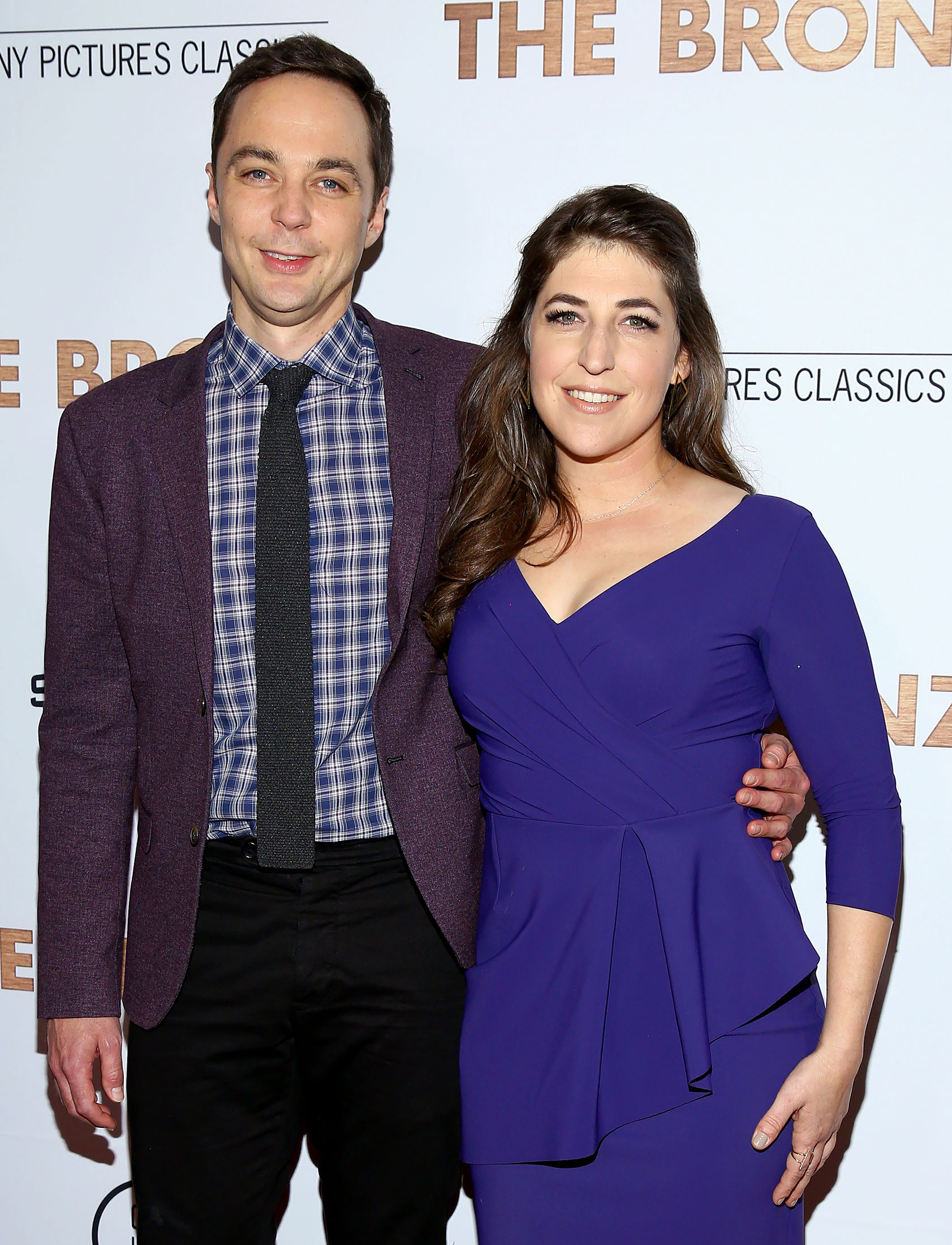 The Big Bang Theory is the longest-running multi-camera comedy in TV history, airing for 12 seasons from 2006 to 2019. Last month, Kaley Cuoco told Variety that the cast — which also included Johnny Galecki, Simon Helberg, Kunal Nayyar and Melissa Rauch — ultimately decided to “go out together” after they had a meeting in cocreator Chuck Lorre’s office. 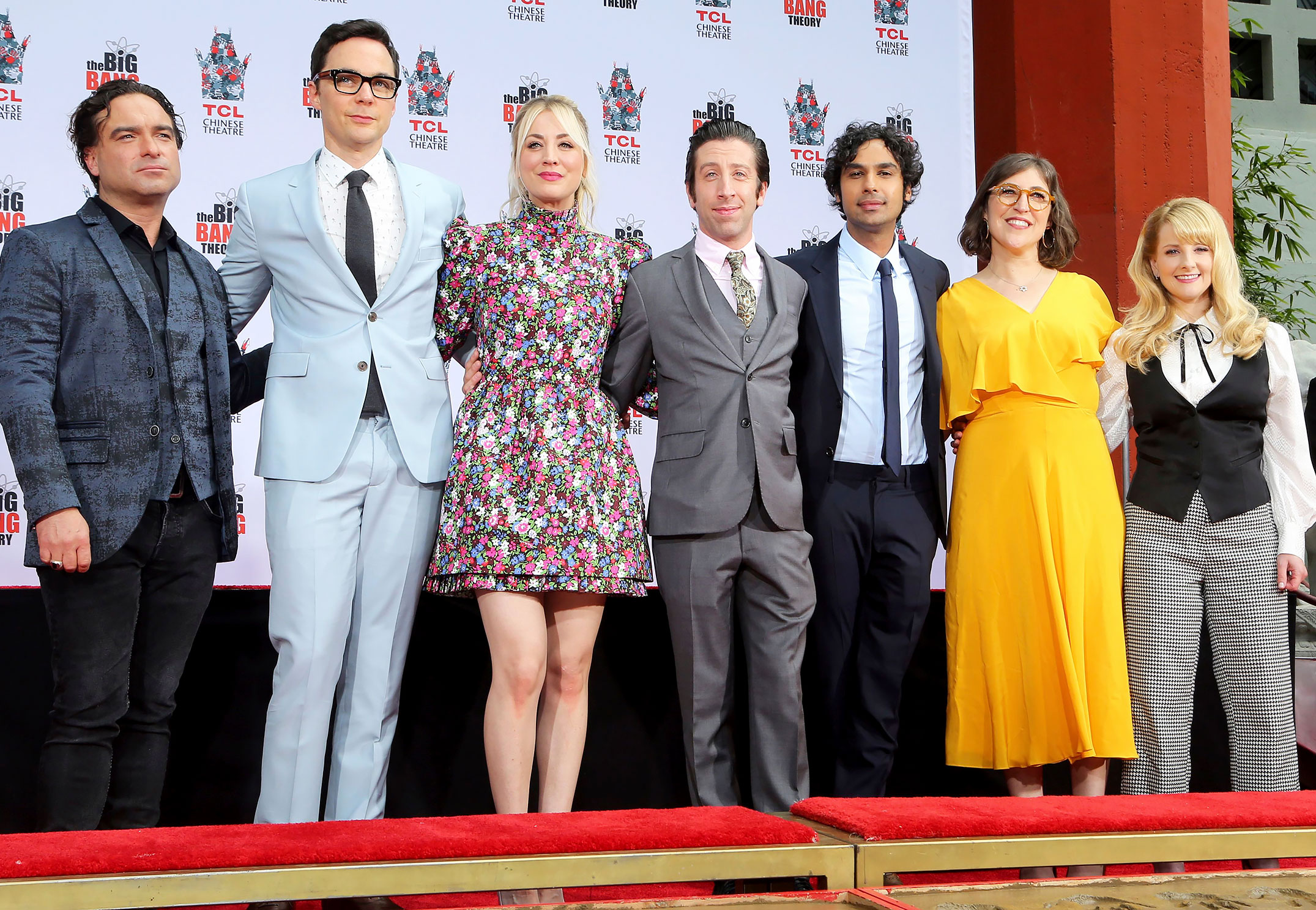 “Jim said, ‘I don’t think I can continue on,’” the Flight Attendant actress, 35, recalled. “And I was so shocked that I was literally like, ‘Continue on with what?’ Like, I didn’t even know what he was talking about. I looked at Chuck: ‘Wow. I thought we were — I’m so blown away right now.’”

‘Blossom’ Cast: Where Are They Now?

Bialik told Us that there were multiple reasons why they decided to say goodbye. “The way that I described the show ending was there are a lot of factors that the public doesn’t get to know about, about what goes into the decisions behind why a show doesn’t continue,” she explained. “I think, as someone who was grateful to work alongside Jim and eager to see the rest of what all of our lives held for us, I think there was a general feeling like it was time for us to move into something different.”

Big Bang Theory continues to run in syndication all over the world and nabbed 52 Emmy nominations and 10 wins while on the air. But accolades are just one part of the show’s legacy.

“I would like our show to be remembered as a show that really demonstrated how the other half lives or how most of us live, which is kind of on the outside in some way. I think everyone has a little bit of outsider in them,” Bialik told Us. “And I know that Big Bang Theory is often credited with kind of making nerd chic a thing. But for those of us who kind of have those kinds of friends and revolve in those kinds of circles, I guess it just kind of is what it always has been for us. It’s just the way to think and live and play in many cases.” 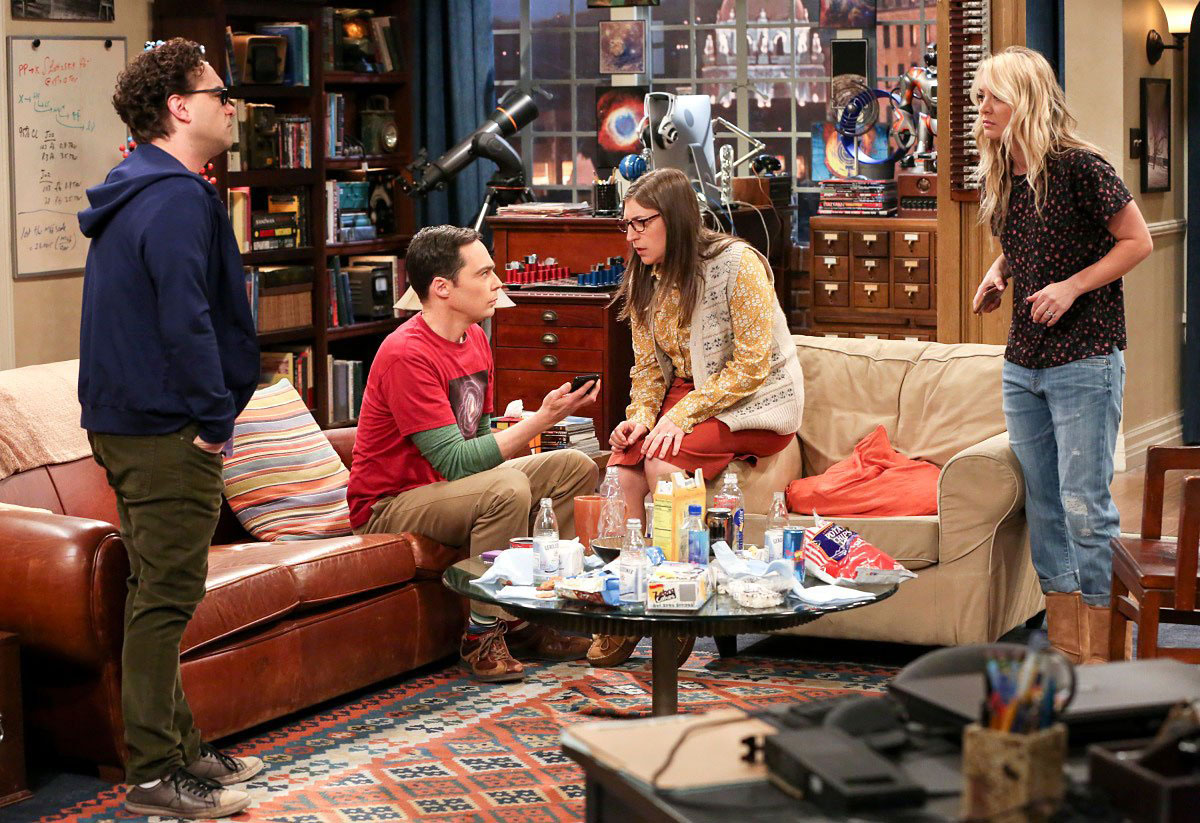 Since the finale, Bialik has gone on to star on the Fox show Call Me Kat (which she coproduces with Parsons), launch the “Breakdown” podcast and partner with Purina Pro Plan. Amid the pandemic, she’s switched her cat food to LiveClear, which is the first and only cat food that reduces the main allergen in cat hair and dander by 47 percent starting in the third week of daily feeding.

Purina Pro Plan will donate $5 to the Petfinder Foundation (up to $25,000) for every person who signs up for the LiveClear Challenge. Funds will go to retention programs that will keep cats happy and healthy despite allergen sensitivities.

“Honestly, imagine if you didn’t have to change your life because your boyfriend’s sensitive to cat allergens. This is actually a really super slam dunk for me. I’ve been dating someone for about a year and a half and he really cannot be in my house for more than 15 minutes at a time. He happens to live part-time out of state. So when he’s in town, we basically don’t spend time in my house for my cats. And it’s annoying for me,” Bialik told Us. “LiveClear, they’ve been researching this for 10 years and they have found a way to neutralize the major allergen in a cat saliva, which is actually what people have sensitivity to. And it neutralizes it in the cat’s mouth. It doesn’t hurt the cat. The food is still nutritious and great.”

Of course, she’s also stayed in touch with her BBT costars. “We’ve had a couple of touch bases. Kunal has been one of those people who kind of always was the heart of our cast. And so, often he’s the one to sort of express that kind of missing-ness,” she said of their text group chat. “For me, I still get to work with Jim, which is amazing. He’s not able to be physically in Los Angeles because of COVID. But we do get to keep up in other ways.”

Luckily, Bialik will always have a piece of the show in some way. “I didn’t take any props home. I don’t think we’re allowed to do that, but maybe Kaley Cuoco took something. But I didn’t take anything,” she joked. “But our set designer gave us all the guy’s apartment number, which I think was 4B. So it’s at my office at work. Our conference room has that on it. It’s like you’re walking into the guy’s apartment when you walk into our conference room.”