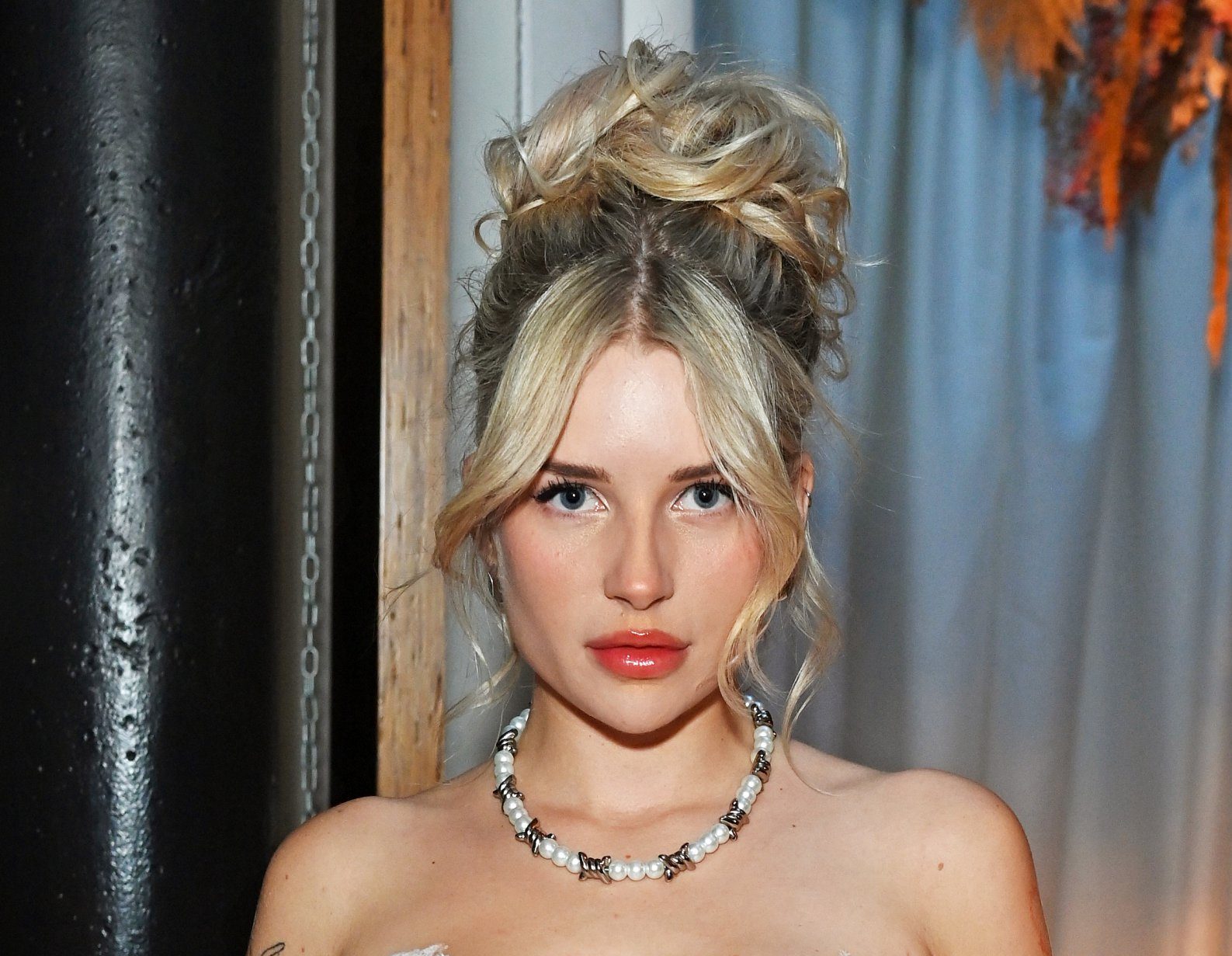 Lottie Moss is the latest well-connected celebrity to share their thoughts on the nepotism baby debate circulating online platforms.

The half-sister of supermodel Kate Moss supported Lily Allen in her anger towards the negative connotations people often have when it comes to offspring of the rich and famous.

Lily, 37, whose parents are actor Keith Allen and film producer Alison Owen, sprung to the defence of ‘nepotism babies’ everywhere in a series of Twitter threads that explained her position on the matter.

She alerted people to the fact that children of the stars are often ‘starved of stability and love’ because of ‘narcissistic’ parents.

Lottie, a 24-year-old OnlyFans creator, supported the singer’s claims and launched her own tirade against nepotism nay-sayers.

On Twitter, she posted: ‘I’m so sick of people blaming nepotism for why they aren’t rich and famous or successful – obviously it’s not fair that people who come from famous families are getting a leg up because of that but guess what?

‘Anything ! So instead of being negative about other peoples success go and try and create your own ! [sic]’

In the comments that came days after the model criticised her sister Kate for allegedly not supporting her enough in her younger years, the star did concede that privileged families are more likely to succeed.

‘And am privileged for numerous other reasons and as I say I am grateful for it all but s****ing on others because of it makes NO sense.

Her message was met with an outpouring of opinion, some of which the influencer chose to engage in.

Another penned: ‘Dude you’ve got a celebrity blue tick and a platform of tens of thousands of followers because yer sister was famous in the 90s [sic]’.

‘You have no idea how hard people in the real world work everyday yet are still poor. Your rich & famous family will impress other rich & famous people, but you can never make the masses like you, [sic]’ another slammed.