Getting by with a little help from the internet! Lisa Kudrow was excited when asked to perform “Smelly Cat” for HBO Max’s Friends reunion special, which debuted on May 27. However, she quickly realized that she couldn’t really remember how to play it.

“I was really nervous when I first heard that, and then I prepared. I realized that I had to learn ‘Smelly Cat’ again,” the actress, 57, said on The Ellen DeGeneres Show on Friday, June 4. “I tuned my guitar and then realized I don’t know the chords. But I Googled it. All the chords were there. So, thank you world for posting the chords.”

‘Friends’ Cast From Season 1 to the HBO Max Reunion: Photos

She added that it was “great” playing alongside Lady Gaga, who showed up to do a duet at Central Perk for the special. However, she couldn’t calm her nerves when it came time to actually perform. 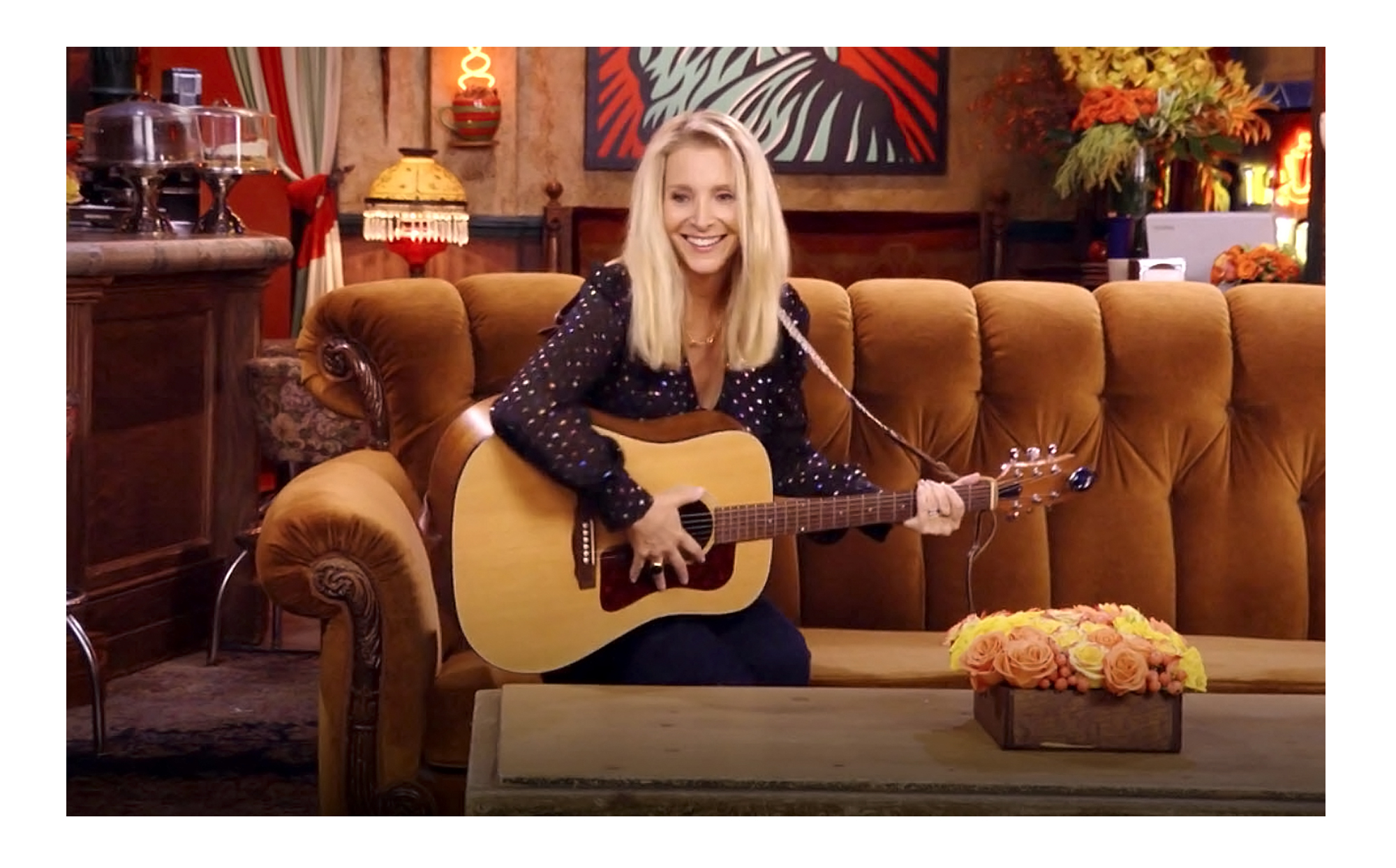 “I learned [the song] and then my throat closed. I was so panicked that I couldn’t get anything out,” the Comeback alum admitted. “I didn’t know what was going to happen, but it worked out.”

Kudrow has been open through the years about barely being able to play the guitar, with the exception of when she played Phoebe Buffay on the show, which aired from 1994 to 2004. After the series finale, she never played it again.

“No, oh no. Absolutely not,” she told host Ellen DeGeneres. “Just for the show, for those 10 years and then I was done.”

During the special, the “Born This Way” singer, 35, joined Kudrow on the famous couch and asked if she could sing along. She then thanked the Web Therapy alum for portraying “the different one” and letting fans know it was OK to be unique.

After filming the duet, Kudrow got choked up over the compliment. 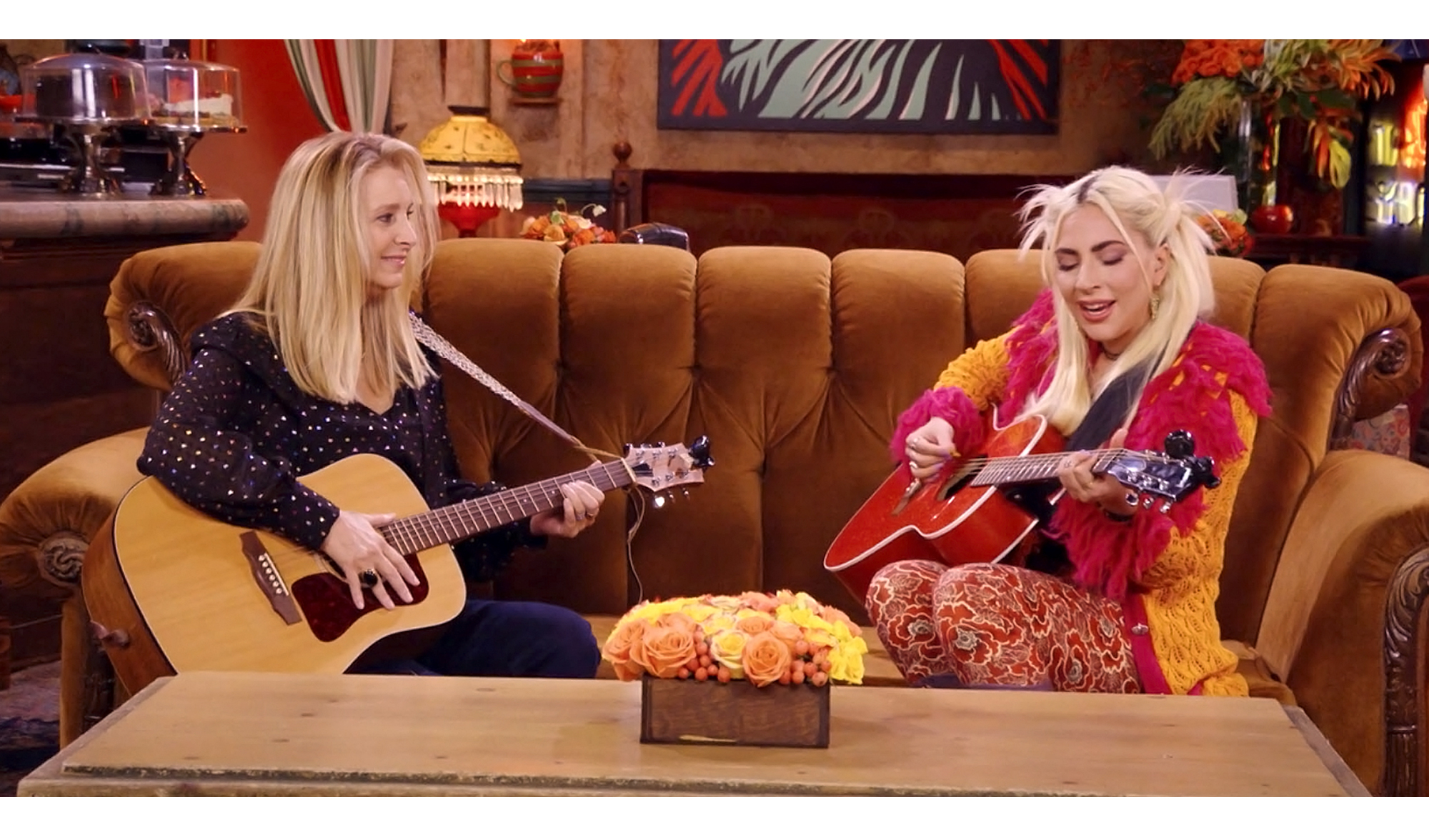 “That blew me away,” the Emmy winner said on Friday. “Also, coming from her — because my son was in grade school and all the kids were listening to Lady Gaga and her whole message was everyone be yourself and be you — That was amazing.”

‘Friends’ Cast Reuniting Through the Years

Ben Winston, who directed the special, opened up about securing Gaga for the event and why he felt like she was the perfect star to do the duet.

“I told Lisa that I wanted a music performance and didn’t want it to be the theme song. I asked if she’d consider singing ‘Smelly Cat’ and she thought it would be fun but said she never really played guitar,” Winston told The Hollywood Reporter. “We gave her a guitar to practice that morning. I gave her a list of three or four names of people I thought would be really great to duet with, but Gaga was, without question, my number one. And she loved the idea of Gaga. Because Gaga — and I don’t think she’d mind me saying — has some Phoebe spirit in her.”

He added that there is a “synergy” between Kudrow and the 12-time Grammy winner. “Gaga said yes in a heartbeat,” the producer added. “She was like, ‘I would love to perform in Central Perk with Lisa Kudrow.’”