He might be one of the most successful singer-songwriters in the world right now, but Lewis Capaldi has some creative ways to hide his involvement in some projects in case they flop.

The musician, 26, is currently gearing up for the release of his second album Broken by Desire to Be Heavenly Sent, but has also been busy helping to write songs for other artists.

However, Lewis has now admitted that he shuns using his real name on credits sometimes, instead embracing some hilarious pseudonyms.

‘I’ve been writing songs for other people and most of them have been tragic failures,’ Lewis shared while appearing on The Graham Norton Show on Friday.

Explaining his decision more, he added: ‘I don’t put my name on them in case they’re absolute f***ing duds.’

‘Yes so I use pseudonyms,’ he said, before turning to the audience and telling them they were fake names.

‘That is something I only learnt this year,’ he added. 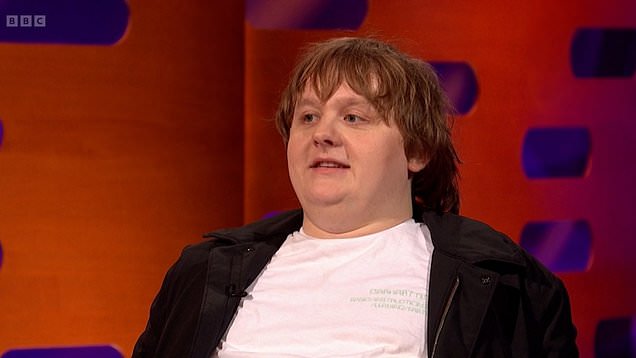 Giving away his secrets, Lewis went on to say that he uses two pseudonyms, explaining just how he came up with both.

‘In Scotland, if you go for a s***e, you go for a jobby, so one of them I use is Anita Jobby and the other one is Sooka Phatwan.’ he said.

‘I think when you look at me you think Sooka Phatwan.’

Revealing that he’d managed to get them onto credits a song by Norwegian DJ Kygo and Australian singer Dean Lewis, Lewis added that it had ‘actually done right well’ and he looked like he needed to backtrack on his decision to call it a dud.

It turns out the credit in question is actually on a collaboration between the two artists on the song Never Really Loved Me, which was released as part of Kygo’s 2022 album Thrill of the Chase.

Low and behold, one of the writing credits is attributed to an Anita Jobby.

However, as Lewis said on the show, he’s yet to have any lucky with his other name, but he’s till trying.

Fans couldn’t get enough of his admission, with some commenting on a clip of the show on Instagram that he was ‘priceless’.

‘Thank goodness Lewis Capaldi exists in this world,’ they wrote.

‘Lewis is absolutely, unapologetically himself! Doesn’t get much better or funnier than that,’ another said.

Several others said there was a back-up career ready and waiting if songwriting didn’t work out.

Fans of the Scotsman will know this isn’t anything new for him to pull, with the prankster giving out his phone number to 5.7million followers on social media to promote a single last year.

Many people tried their like but alas it was not Lewis’ actual personal phone number.

Instead it ended up being an automated message from him, requesting for fans to buy his new single and ‘give me your money’.

The Graham Norton is streaming on BBC iPlayer.