Kim Kardashian West has weighed in for what she calls the “last time” on the ongoing feud she and husband Kanye West have with Taylor Swift.

On Monday, the reality TV star tweeted a series of messages about footage that leaked over the weekend relating to Swift’s and West’s dispute over his controversial 2016 song “Famous.”

In the footage, Kanye is seen and heard talking on the phone with Swift about the song’s lyrics, which include the lines: “I feel like me and Taylor might still have sex / I made that bitch famous.”

Kanye has said Swift approved the lyrics prior to the song’s release, while Swift says she never approved the “made that bitch famous” lyric.

So, in 2016, Kardashian West shared part of the video of West and Swift’s phone call on her Snapchat. That clip seemed to indicate Swift wasn’t telling the whole truth.

Four years later, the full video seems to suggest that Kanye was lying. As such, Kim has stepped in to defend her side of things.

Kardashian West goes on to say that Swift “manipulated the truth of their actual conversation in her statement when her team said she ‘declined and cautioned him about releasing a song with such a strong misogynistic message.’”

“The lie was never about the word bitch, It was always whether there was a call or not and the tone of the conversation,” she wrote, adding that the footage of the call she released in 2016 wasn’t edited, and that what “recently leaked doesn’t change the narrative.”

The 39-year-old went on to describe her husband as an “artist” who has “every right to document his musical journey and process” and said “this will be the last time I speak on this because honestly, nobody cares.”

Swift addressed the leaked footage in part on her Instagram Story with a brief message.

“Instead of answering those who are asking about the video footage that leaked, proving that I was telling the truth the whole time about *that call* (you know, the one that was illegally recorded that somebody edited and manipulated in order to frame me and put me, my family, and fans through hell for 4 years)… SWIPE UP to see what really matters,” she posted on her Story on Monday, linking to the donation page for the nonprofit Feeding America.

Swift also wrote that “the World Health Organization and Feeding America are some of the organizations” she’s been donating to amid the ongoing coronavirus pandemic.

“If you have the ability to, please join me in donating during this crisis,” she wrote. 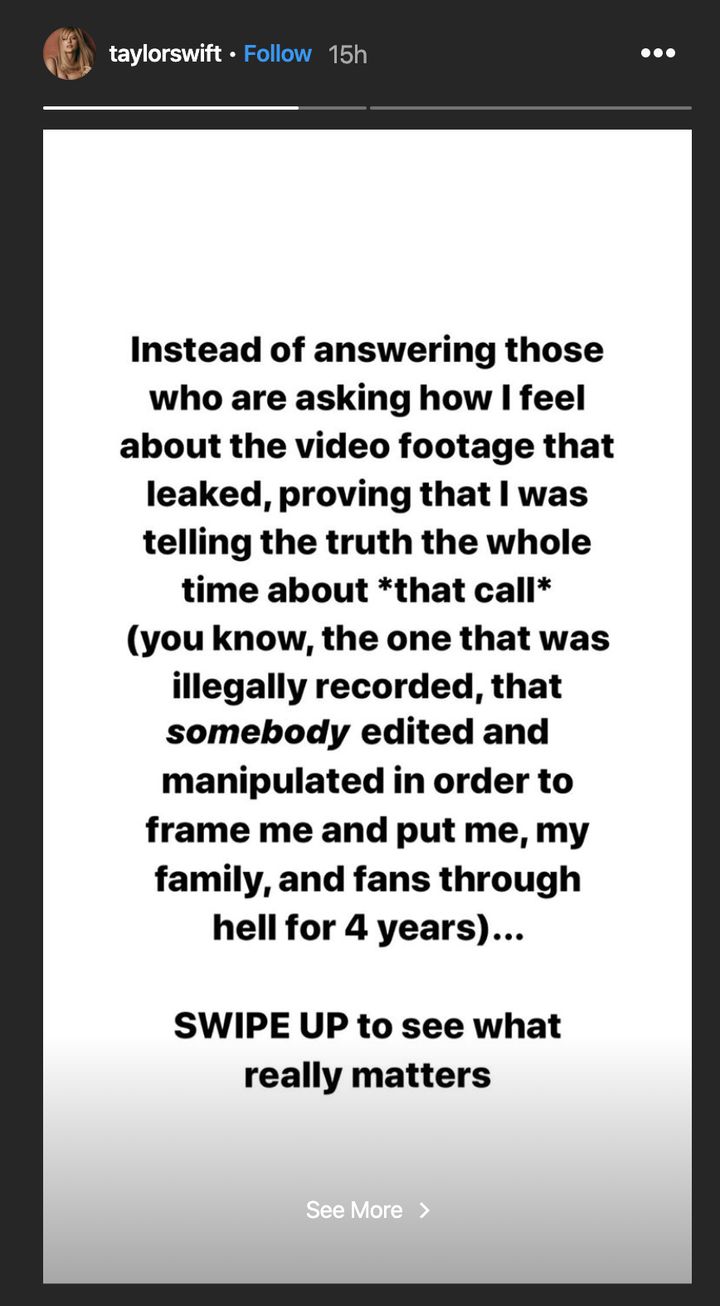 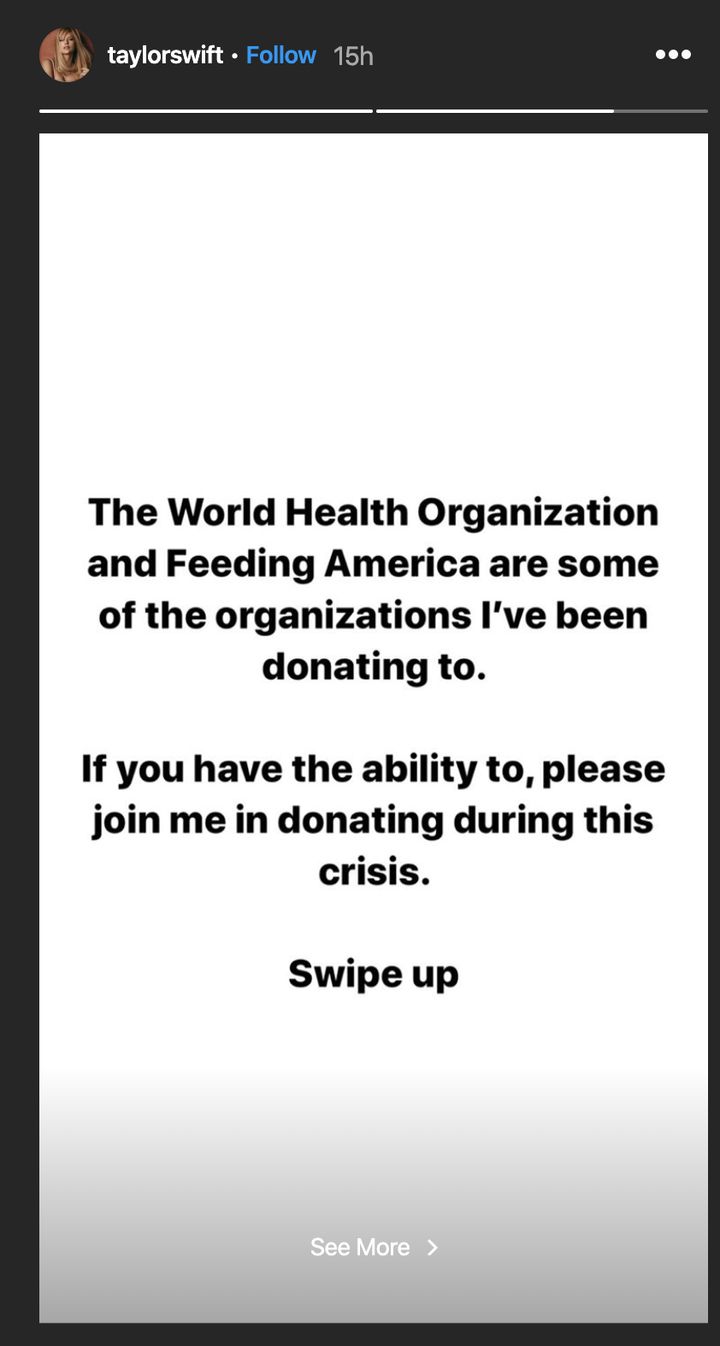 She also shared a statement that said: “Kanye did not call for approval, but to ask Taylor to release his single ‘Famous’ on her Twitter account. She decline and cautioned him about releasing a song with such a strong misogynistic message. Taylor was never made aware of the actual lyric, ‘I made that bitch famous.’”