The reason why former 19 Kids and Counting star Josh Duggar was arrested on Thursday was revealed today and it’s another shocking chapter in the Duggar family saga. According to a press release from the United States Attorney’s Office, per USA Today, Josh was indicted on charges of receiving and possessing child pornography stemming back to 2019 when he allegedly received images of children under the age of 12. 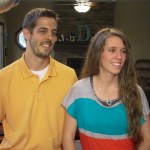 He pled not guilty in court on the two counts, but if he’s convicted, he faces up to 20 years in federal prison and fines up to $250,000 on each count. “We just heard about it yesterday,” said Josh’s estranged sister Jill Duggar in a statement to People. “It is sad.”

This arrest comes on the heels of other recent headlines about the controversial family. The Duggars lost their show with TLC in 2015 after it was revealed that Josh had sexually abused five young female family members, including Jill and sister Jessa, when he was a teenager. The Duggar family chose to handle the situation within their household and not seek therapy for any of the young victims. This is one of the reasons Jill and her husband, Derick Dillard, have distanced themselves from her family’s strict independent Baptist household.

And earlier this week, Josh’s wife, Anna Duggar, defended her husband after they announced their pregnancy with their seventh child and were questioned by a social media follower about their ability to afford such a large family. “Yes, my husband is a diligent worker and provides well for our family,” Anna wrote in the Instagram comments. She has remained by her husband’s side, even though he admitted to cheating on her in the past and was publicly outed during the Ashley Madison website scandal.

This troubling pattern of behavior for Josh spans over a decade, and at this point, it’s a concern for his family about the safety of his children. His parents, Jim Bob and Michelle Duggar, also weighed in on their son’s arrest. “We appreciate your continued prayers for our family at this time. The accusations brought against Joshua today are very serious,” their joint statement to People said. “It is our prayer that the truth, no matter what it is, will come to light, and that this will all be resolved in a timely manner. We love Josh and Anna and continue to pray for their family.”

Before you go, click here to see the most important celebrity lawsuits over the past 15 years.