Two years after leaving NXIVM, the secretive cult masterminded by leader Keith Raniere who now faces life in prison, one of its most high-profile defectors, India Oxenberg, is speaking out about her experience for the first time.

A 19-year-old Oxenberg first joined the criminal enterprise disguised as a self-empowerment group in 2011. At its peak, NXIVM amassed over 16,000 members who included Hollywood actors, most notably “Smallville” star Allison Mack, and deep-pocketed heiresses like Claire Bronfman, who was sentenced to nearly seven years in prison for her involvement in the cult earlier this month.

Oxenberg’s mother, “Dynasty” star Catherine Oxenberg, was initially supportive of her daughter’s involvement. But soon India cut off contact with her, as the young woman was introduced into a secret and exclusively female sect of NXIVM where women were forced into sexual slavery and famously branded with Raniere and Mack’s initials.

Oxenberg described Raniere as a “predator” who brainwashed her through “parental alienation” and “continual sexual abuse.”

“That’s years of grooming. And when you’re unaware, it’s so easy to be led astray, especially by people who are masters at manipulation,” she said. “And these people were that, especially Keith Raniere. He’s a master at manipulation.”

For weeks, audiences have been captivated about the rise and fall of NXIVM on HBO’s nine-episode docu-series “The Vow,” which in part documents Catherine Oxenberg’s fight to free her daughter from Raniere’s clutches and bring her back home. India’s journey continues in the new documentary, “Seduced: Inside the NXIVM Cult,” which arrives on Starz this Sunday.

In the ABC News interview, India said that her relationship with Raniere became sexual when she was assigned to seduce him after Mack lured her into the secret society under the promise of female empowerment.

“I would describe that sexual relationship as rape,” India plainly stated in the interview, characterizing the group as a “ploy for Keith to enslave women for his own sexual desires.” 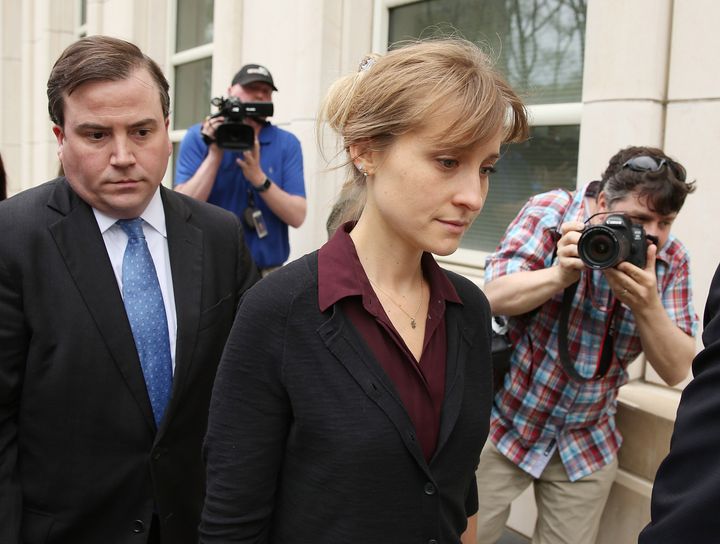 Members were required to refer to each other as “master” and “slave,” forced to adhere to restrictive calorie-controlled diets and branded with a symbol they were told represented the four elements by cauterizing iron.

“We were sleep-deprived, we were starved, we were coerced. You don’t just decide to be branded,” she said. “You are coerced into being branded.”

To ensure their silence, Mack and others collected what they called “collateral,” which included nude photos and videos, as well as potentially damaging family secrets.

Oxenberg, who had long denied that anything nefarious occurred in the group, said she didn’t decide to leave at once, but started to put the pieces together once Mack and Raniere were arrested in 2018.

In a Vanity Fair interview published on Tuesday, Oxenberg revealed that discovering the contents of a flash drive left behind by Mack, which she said included recordings of Raniere describing the specifics of the brand, was a “major” turning point in her awakening.

She’s since designed an evil eye tattoo to cover the brand, calling it a way to take back her power from Raniere.

“Around it says en quora en para, which means ‘still learning,’” she told the outlet. “For me, it’s about reclaiming that part of my body so I didn’t have to look at myself naked and see Keith’s initials. I see something that I want, that I’ve placed on myself.”