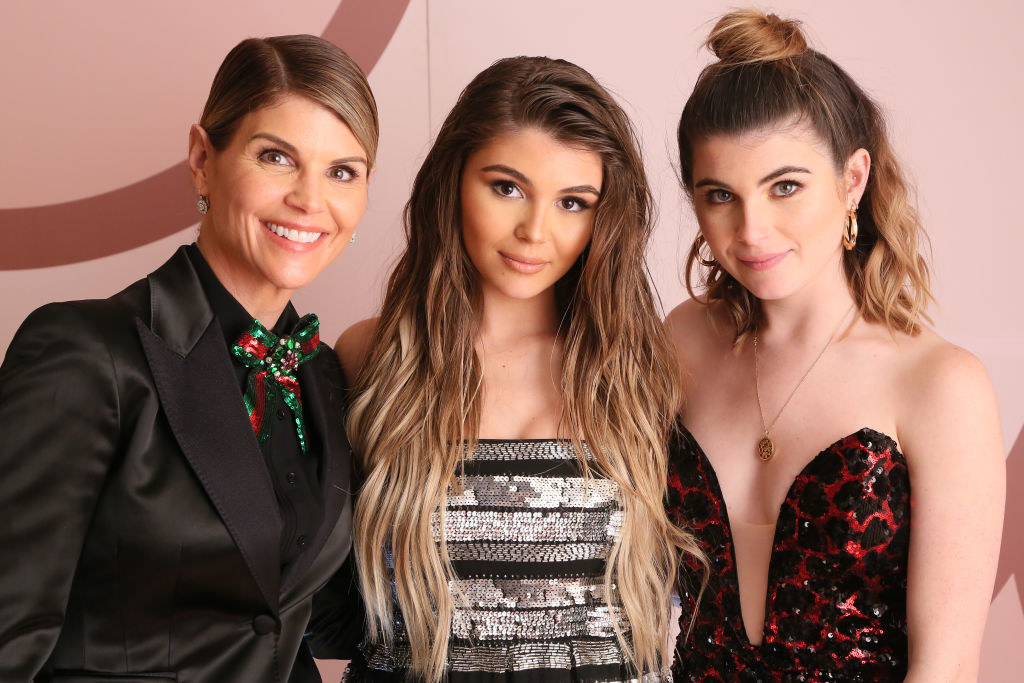 From left: Lori Loughlin with her daughters Olivia Jade Giannulli and Isabella Rose Giannulli in 2018.

Federal prosecutors in the college admissions scandal released rowing photos that Full House actor Lori Loughlin and her husband, Mossimo Giannulli, allegedly used in their daughter’s applications to show that the young women were rowers, even though they weren’t.

The photos — released for the first time — were part of hundreds of pages of evidence that prosecutors released on Wednesday in response to the defense team’s motion in March to dismiss the indictment against Loughlin, Giannulli, and several other defendants in the admissions scandal.

The photos appear to show Loughlin’s daughters, Isabella Rose Giannulli and social media influencer Olivia Jade Giannulli, wearing workout clothes and using rowing machines. Their faces are blurred out and their names are redacted in the court documents. They are not charged with any crimes. 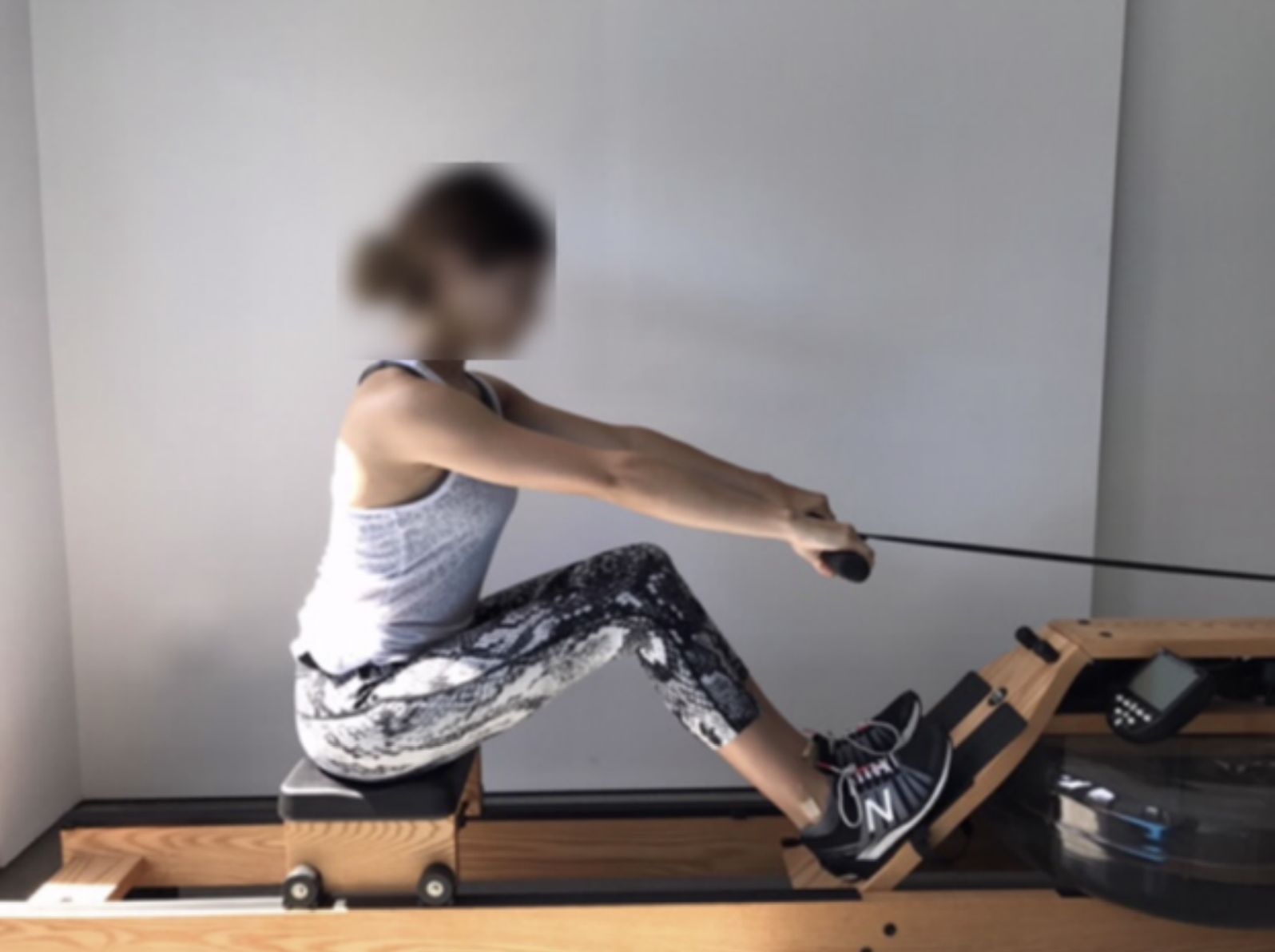 A photo that appears to show Olivia Jade on a rowing machine.

Mossimo Giannulli emailed the photos to William “Rick” Singer — the ringleader of the college admissions scam — so he could create their student-athlete profiles to gain admission to the University of Southern California, according to court documents.

Loughlin and Giannulli are accused of spending $500,000 in bribes to Singer’s purported charity and university officials to get both their daughters into USC.

In August 2017, Singer emailed Loughlin and Giannulli asking for their older daughter Isabella Rose’s transcripts and test scores so he could “create a coxswain profile for her.” Coxswain is a position on a rowing crew.

“It would probably help to get a picture with her on an ERG in workout clothes like a real athlete too,” Singer wrote, court records show.

“Fantastic,” Giannulli replied in the email in which Loughlin was cc’d. “Will get all.”

He then emailed Singer a photo of Isabella Rose on a rowing machine. 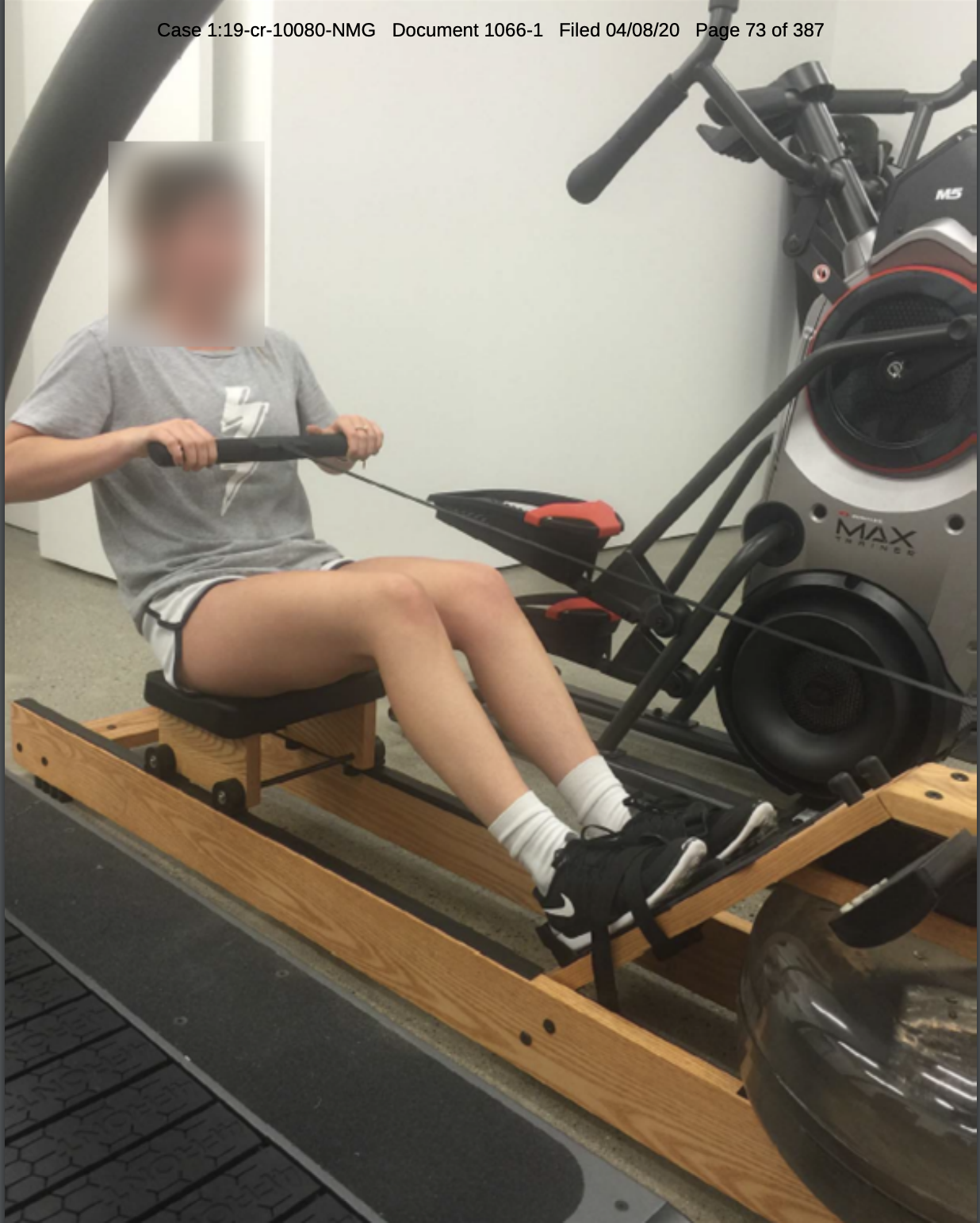 A photo that appears to show Isabella Giannulli on a rowing machine.

Isabella Rose got her USC acceptance letter in November 2016, which described her as a student-athlete and said that her records show she had “the potential to make a significant contribution to the intercollegiate athletic program.”

In July 2017, Loughlin and Giannulli allegedly used Singer’s services again to get their younger daughter, Olivia Jade, into USC.

Singer requested an “action picture” of Olivia Jade so he could build her athletic profile for USC as a coxswain in the rowing crew, according to emails released by prosecutors.

Loughlin and Giannulli have pleaded not guilty to fraud, bribery, and money laundering conspiracy charges. Both their daughters were no longer enrolled in USC following their parents’ indictment in the scam last March.

The court documents released Wednesday also appeared to show a tense exchange between an admissions counselor and Giannulli about Olivia Jade’s USC admission and her apparent lack of rowing experience.

In the 2018 exchange, Giannulli appeared to accuse the counselor of endangering his daughter’s admission after the counselor “flagged” to school officials that they had no knowledge of Olivia Jade’s rowing experience.

“Based on what I knew of her video blogging schedule [I] highly doubted she was involved in crew,” the counselor had said.

Giannulli allegedly confronted the counselor, telling them that his daughter would be “crushed” if she knew about the situation.

“He then asked me if I had any idea who [redacted] was and what she had going for her,” the counselor said, according to court documents. “I told him I was well aware of her YouTube channel and video blogs regarding style, make-up and fashion.”

The counselor also told Giannulli that their letter of recommendation to USC for Olivia Jade portrayed her as “a guru in her field with a bright future.”