Here are all of the biggest announcements from Tuesday’s showcase:

1. The iPhone 13 and iPhone 13 Pro are now being offered in sleek new shades of green 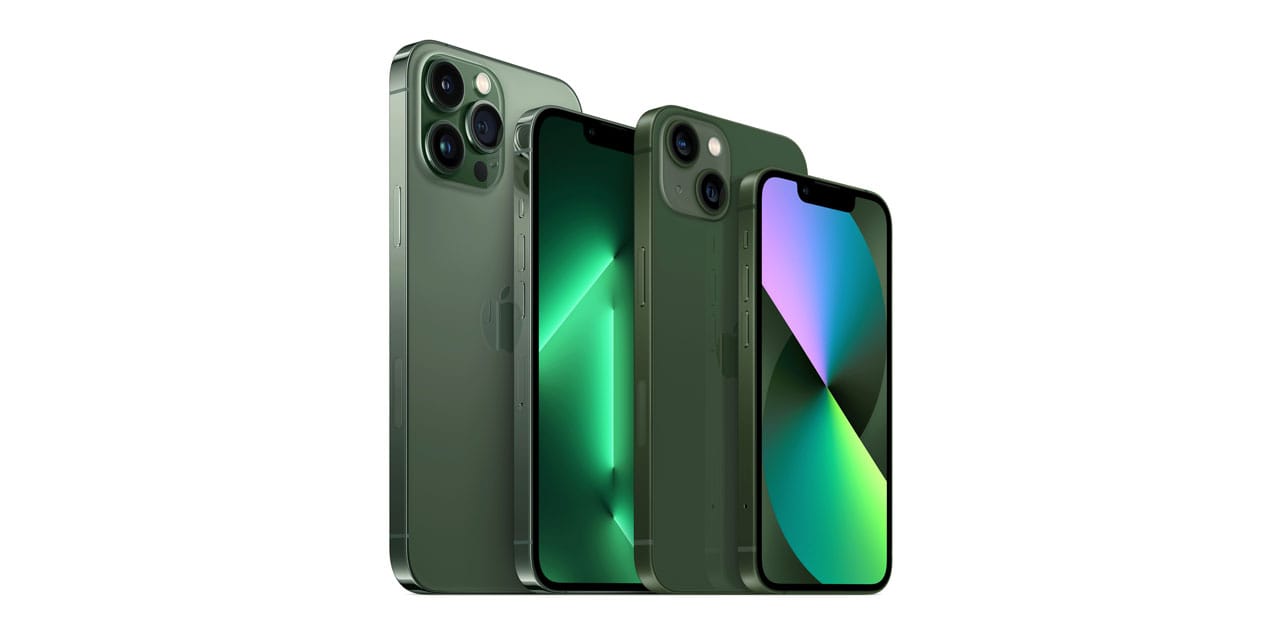 The new green color options will join an expanding list of finishes for the iPhone 13, which includes Starlight, Midnight, Blue, Pink and Product Red, and the iPhone 13 Pro, which comes in Silver, Graphite, Gold and Blue.

The new iPhone 13 and iPhone 13 Pro colors will be available for preorder beginning Friday and will become available on March 18.

2. The iPhone SE has been revamped with the A15 Bionic chip 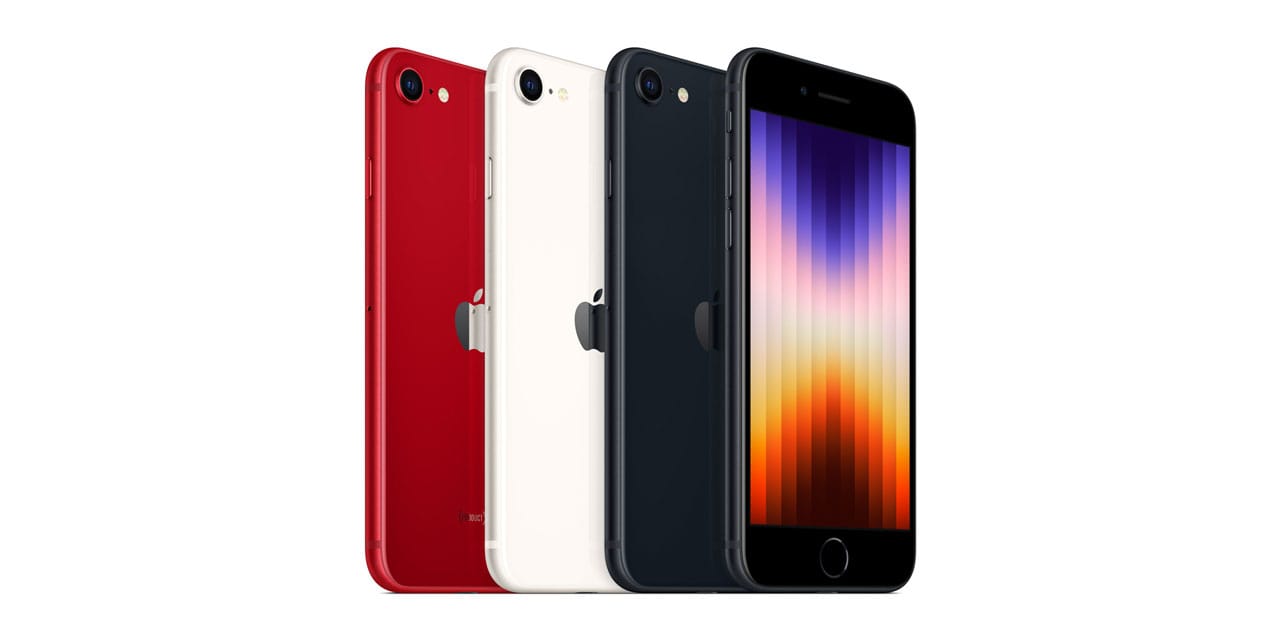 The new iPhone SE features an upgraded A15 Bionic chip. Notably, A15 Bionic, the same chip used in the iPhone 13, features a 6-core CPU, which is 1.8 times faster than the iPhone 8, along with a 4-core GPU.

The device also arrives in three new colorways — Midnight, Starlight and (PRODUCT)RED — and features the “toughest glass in a smartphone”, which is rated IP67 for water and dust resistance and also appears on the back of the iPhone 13.

The new iPhone SE will start at $429 USD and will release on March 18. Preorders will begin this Friday. 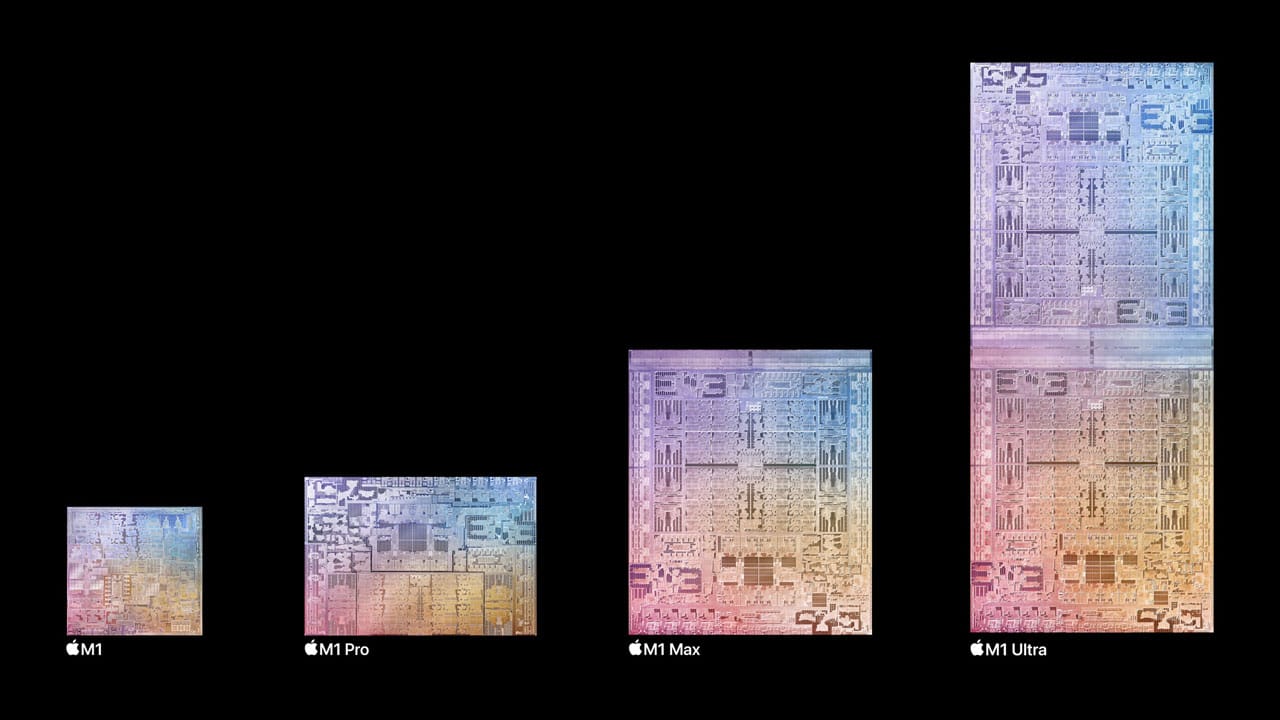 The updated chip, which features a custom-built architecture that combines chips called Ultra Fusion, includes a total of 20 cores, 16 of which are classified as high performance. The design essentially combines the power of two individual M1 Max chips into a single SoC (system on a chip).

The M1 Ultra supplies 2.5 terrabytes per second, which is four times the bandwidth of competing chips, and features 64 GPU cores as well as up to 128GB of RAM. The chip is equipped with 114 billion transistors, and it is capable of supporting 800 GB/s of bandwidth. M1 Ultra joins the rest of the M1 lineup, including the M1, M1 Pro and M1 Max chips.

The M1 Ultra will arrive on the market in a new Mac Studio desktop.

4. The iPad Air has been given a boost with the M1 chip and new front camera 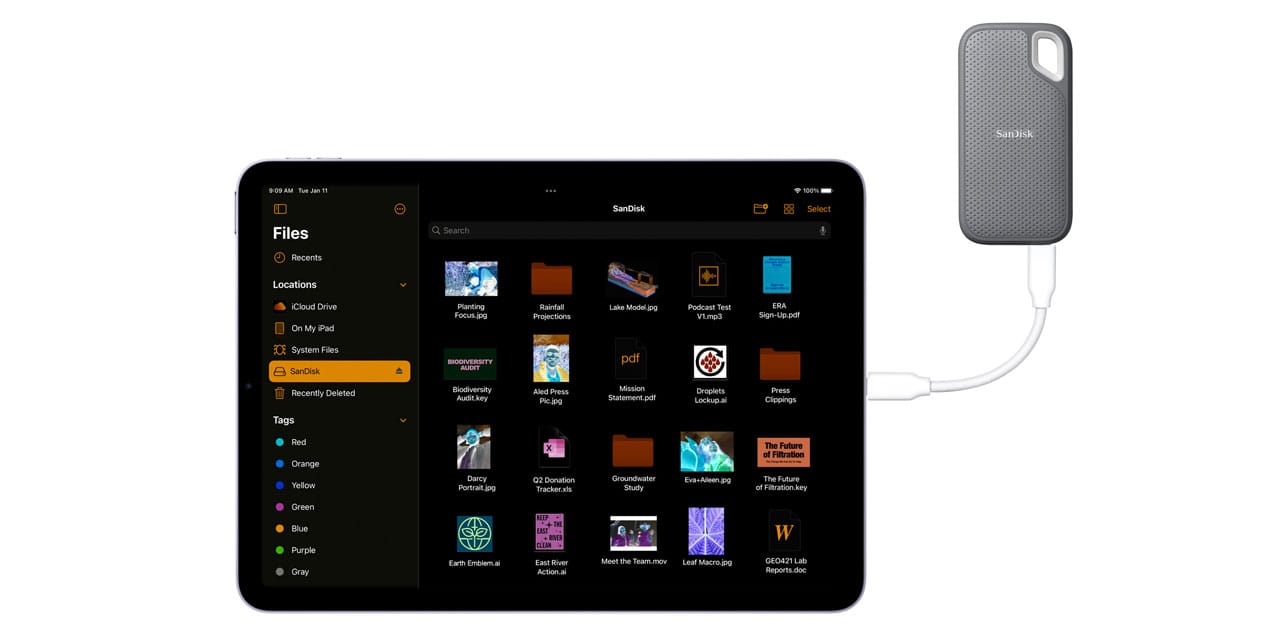 The iPad Air now comes with the M1 chip –  the same chip used in the iPad Pro. The 8-core CPU delivers up to 60% faster performance, and the 8-core GPU delivers up to 2x faster graphics performance compared to the previous iPad Air. In addition, the M1 includes a 16-core Neural Engine that powers advanced machine learning functions to speed-up complex computing tasks.

The device has also been outfitted with a 12MP Ultra Wide front camera that includes the popular Center Stage feature that detects movement and adjusts to keep people in the frame — a feature now available on all iPad models. The 12MP Wide back camera captures 4K video and crisp photos, with editing and sharing capabilities built into the device. The USB-C port on the device has been updated with 2x faster speed than the previous generation and allows it to connect to displays and other external storage devices.

It is available for pre-order from Friday and begins shipping on March 18. Prices start at $549 USD. 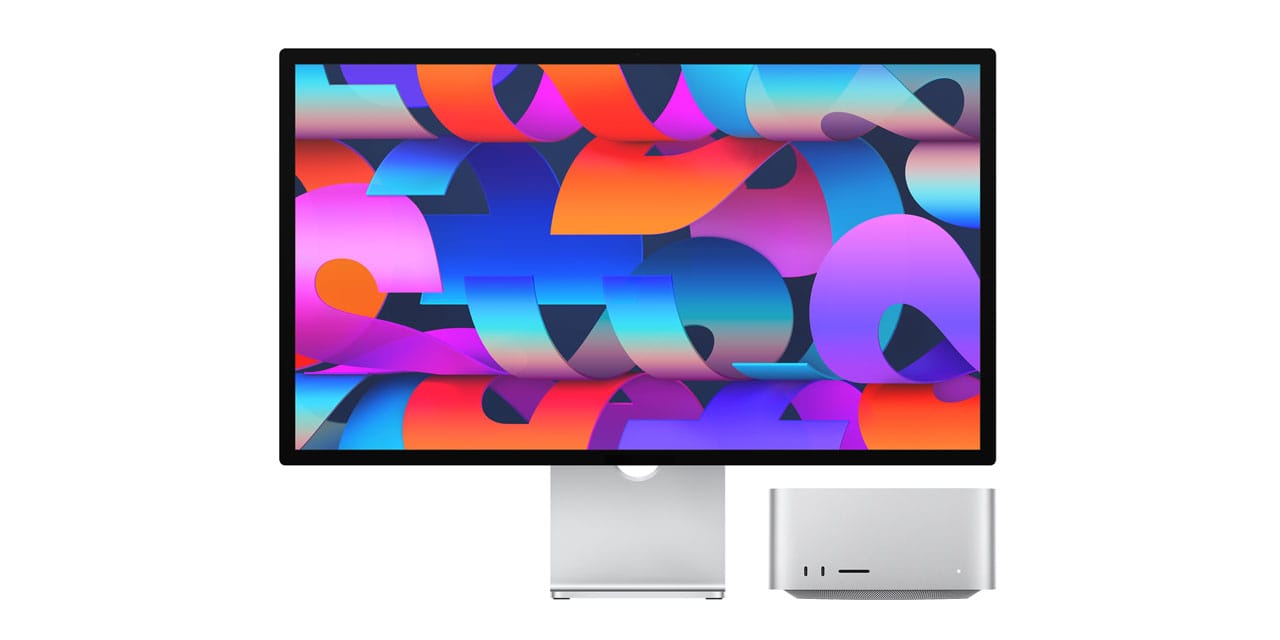 The new devices work together or separately to update the speed and efficiency of any studio workspace. The compact Mac Studio is meant to be a companion to existing displays and is powered by either the M1 Max or the new M1 Ultra chips. It fits under most displays at 7.7-inches squared and 3.7 inches tall, and includes an impressive thermal system that allows the device to stay cool and quiet during heavy workloads. It also features an array of ports that make it easy to connect to external storage or displays.

The Mac Studio offers a 27-inch 5K Retina display, 12MP Ultra Wide camera with Center Stage, studio-quality three-mic array and a six-speaker sound system with Spatial Audio. Apple says that the Studio Display offers the “best combination of camera and audio ever in a desktop display.” It is powered by macOS Monterey, and boasts three USB-C ports and one Thunderbolt port for peripheral connectivity.

The new Mac Studio starts at $1,999 USD and the Studio Display is $1,599 USD. Both are available for pre-order online and will begin arriving to customers on March 18.