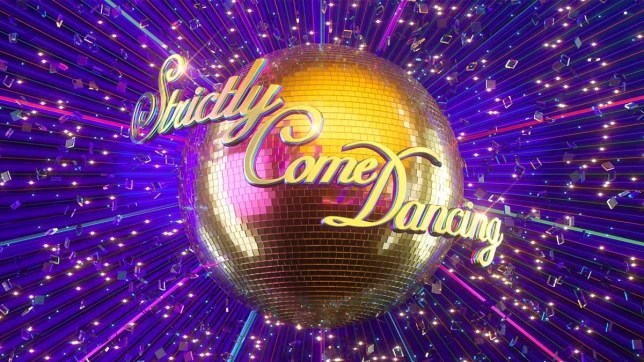 Strictly Come Dancing 2022 has officially come to an end, with Hamza Yassin with Jowita Przystal being crowned winners.

Hamza and Jowita Przystal, Helen Skelton and her dance partner Gorka Marquez, Molly Rainford with Carlos Gu and Fleur East with Vito Coppola battled it out for the glitterball trophy in an incredible final week.

Upon being crowned winner, a tearful Hamza shared: ‘Words can’t describe how I feel.’

Turning to his dance partner, he told Jowita: ‘You are an angel disguised as a human being. You’re amazing.’

‘This is the best thing that has ever happened to me.’

She emotionally added: ‘Anything is possible, he’s just the proof.’

‘He worked hard and he made it,’ she said, thanking the whole Strictly team.

He added the three bits of advice he had been told by a choreographer: ‘One, surround yourself with people whose eyes light up when they see you come in.

‘Two, the top of one mountain is the bottom of the next so keep climbing.

‘And three, slowly is the fastest way to get where you want to be.’

The four couples made it to the final after a tremendous 13 weeks, with Will Mellor and Nancy Xu being voted out during the semi-finals, having made it nearly to the end, beating the likes of Tyler West and Kym Marsh this series.

Each final pair performed three dances for judges Craig Revel Horwood, Anton du Beke, Shirley Ballas and Motsi Mabuse, in the hope to be crowned champion of the 20th series.

Countryfile’s Helen, 39, and Gorka performed the jive to Tightrope by Janelle Monae at the request of the judges, their iconic couple’s choice routine to Mein Herr by Liza Minnelli from Cabaret and finally their show dance to Shine by Emeli Sande.

Singer and radio DJ Fleur, 35, and her partner Vito performed a samba to Hot Hot Hot by Arrow as their judges’ pick, as well as their favourite dance which was their couple’s choice routine, performed to a Destiny’s Child megamix by Destiny’s Child, followed by their show dance to Find Me by Sigma featuring Birdy.

Wildlife cameraman and presenter Hamza, 32, who topped the leader board with his partner Jowita in the live semi-final last Sunday, danced to a judges’ pick routine of the salsa to Ecuador by Sash! featuring Rodriguez.

He also performed his and Jowita’s couple’s choice to Jerusalema Remix by Master KG featuring Burna Boy and Nomcebo Zikode, as well as a show dance to Let’s Face The Music And Dance by Irving Berlin.

Finally, Molly, 22, and Carlos performed a quickstep to Love On Top by Beyonce as their judges’ pick, their rumba to All The Man That I Need by Whitney Houston as their favourite and finished with a show dance to a mix of Kiss and 1999 – both by Prince.

The new winner follows in the footsteps of Bill Bailey, Ore Oduba and Stacey Dooley, taking over the glitterball trophy from 2021 winners Rose Ayling-Ellis and Giovanni Pernice.

Their iconic win came amid tremendous support for Rose as the deaf actress raised awareness and even won a Bafta for a poignant silence during one of their most popular dances, a tribute to the deaf community which brought viewers to tears.

She had to feel the music to keep in time, and Giovanni explained how the pair had to work ‘three times harder.’

John and Johannes were the first all-male couple to take part in the series, something which was replicated in 2022 as reigning champ Giovanni was paired with radio host Richie Anderson.

Strictly Come Dancing is available to watch on BBCiPlayer.