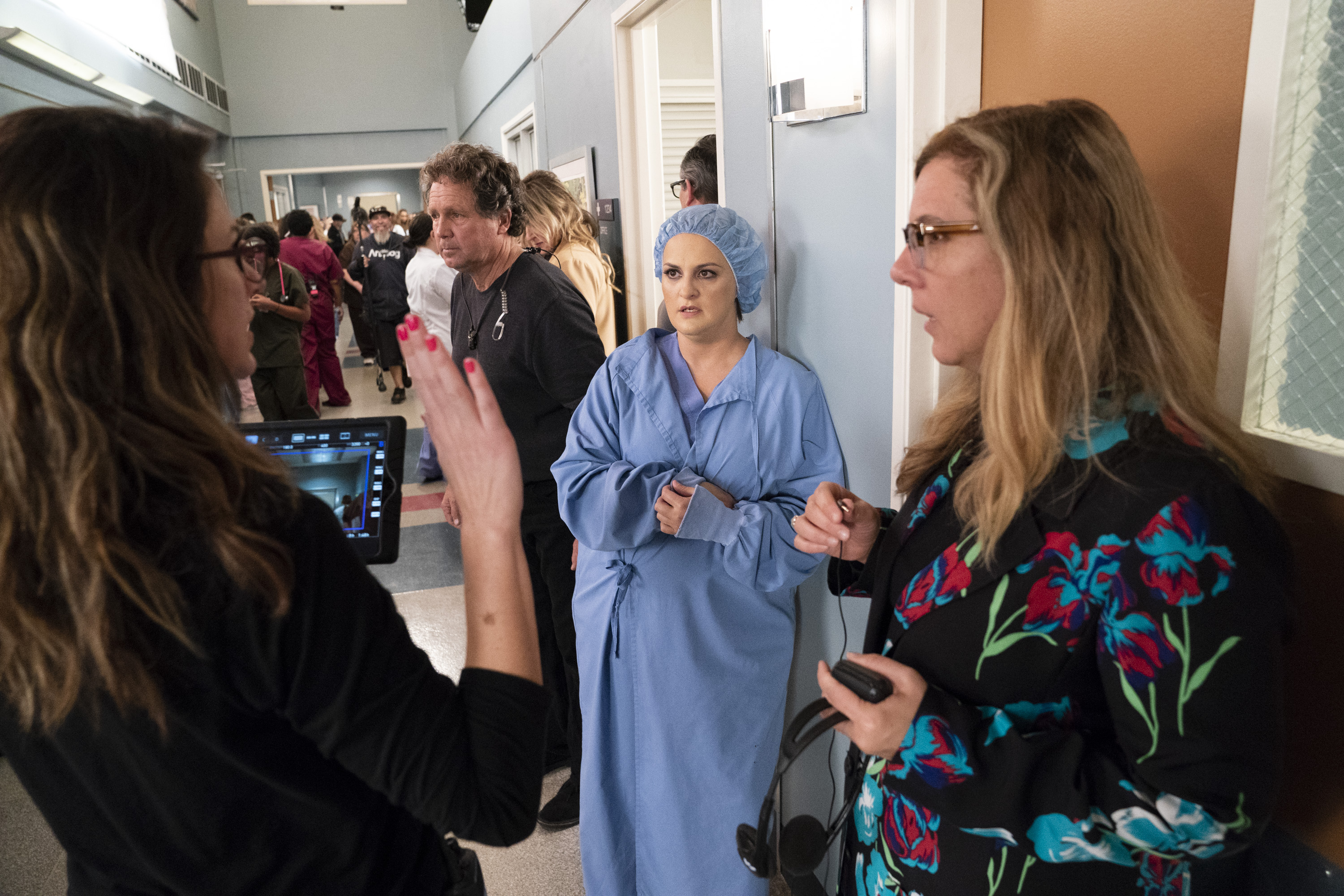 A Grey’s Anatomy writer has confessed that she lied about having a rare form of cancer following an investigation into the shocking allegations.

Elisabeth Finch, who joined Shonda Rhimes’ hit TV series as a writer in season 11, claimed in 2012 that she had been diagnosed with chondrosarcoma, a rare type of cancer that usually begins in the bones, after doctors found a tumour.

She even fabricated the story that the tumour had advanced to her spine and that chemotherapy treatment wasn’t working.

In order to convince her colleagues of the lie and that she was undergoing treatment, Finch shaved her head and ate little food to appear pale and unwell, while also pretending to vomit in the bathroom and wearing a fake catheter.

Finch even used her supposed real life medical trauma as inspiration for several storylines on Grey’s Anatomy over the years.

However, in March, it was reported that Finch, 44, had been placed on leave of absence from Grey’s Anatomy while HR investigated allegations that her health ordeal was a lie.

Finch has now admitted: ‘I’ve never had any form of cancer.’

Finch made up the story after undergoing knee surgery in 2007 and developed an addiction to intensive care, which was eventually stopped.

The screenwriter added: ‘I had no support and went back to my old maladaptive coping mechanism. I lied and made something up because I needed support and attention and that’s the way I went after it.’

‘I know it’s absolutely wrong what I did. I lied and there’s no excuse for it. But there’s context for it. The best way I can explain it is when you experience a level of trauma a lot of people adopt a maladaptive coping mechanism,’ she continued.

Finch explained that she concocted the story to ‘feel safe and seen and heard’.

Other lies included that her brother Eric had died by suicide, but he was alive and well and living in Florida where he works as a doctor.

She also alleged that a friend was one of the 11 people killed in a 2018 terrorist shooting at the Tree of Life Synagogue in Pittsburgh, but that was false.

Her colleagues grew increasingly suspicious over all the unfortunate incidents that kept happening to Finch, including that she was being stalked by a Gulf War veteran who allegedly slashed her tires and knifed her apartment door. She also claimed that a man masturbated in front of her during a road rage incident and that she was receiving antisemitic posters through her door.

However, Finch has insisted that all these stories were true.

If you or someone you care about has been diagnosed with cancer, Macmillan can offer support and information.