Home » Entertainment » Glenn Close, ‘Hillbilly Elegy’ And The Myth Of The Overdue Oscar

To win an Oscar, an actor needs an Oscar Scene. It’s the moment — perhaps one of a few moments — that stands out above all the others, encapsulating what it is that makes a particular performance special. On Oscar night, a clip from said scene will air during the presentation of that actor’s category. In roughly 10 seconds, everyone watching is meant to understand why this person deserves this trophy.

Should Glenn Close receive a nomination for portraying a homely Ohio grandma with a lacerating tongue in Netflix’s soon-to-be-released “Hillbilly Elegy,” what will her Oscar Scene be? Maybe the part where she confronts Amy Adams, who plays her volatile opioid-addicted daughter, about child abuse, the veins in Close’s neck throbbing as she lurches toward her co-star. Or when she browbeats a pair of young goons, taunting in a chunky Appalachian drawl, “Which one of you can spell Mississippi?” Then there’s the monologue in which Close compares humankind to the “Terminator” franchise, an instant classic.

No, Close’s Oscar Scene is also the What It All Means Scene. You can catch some of it in the trailer. Late in the film, she stares down her grandson (Owen Asztalos) with tightened lips, ordering him to succeed in school and avoid bad influences because she is counting on him to look after their impoverished family once she’s dead. (Never mind that his older sister seems equally capable.) Close, whose character never gets a name beyond Mamaw, wields a cigarette during this exchange, as she does during most exchanges in “Hillbilly Elegy,” because that is what movie stars do when they cosplay as blue-collar frumps. Smoking can be such a glamorous act, but in films like this, it is both a white-trash signifier and a crutch intended to emphasize a performer’s emotive gestures. 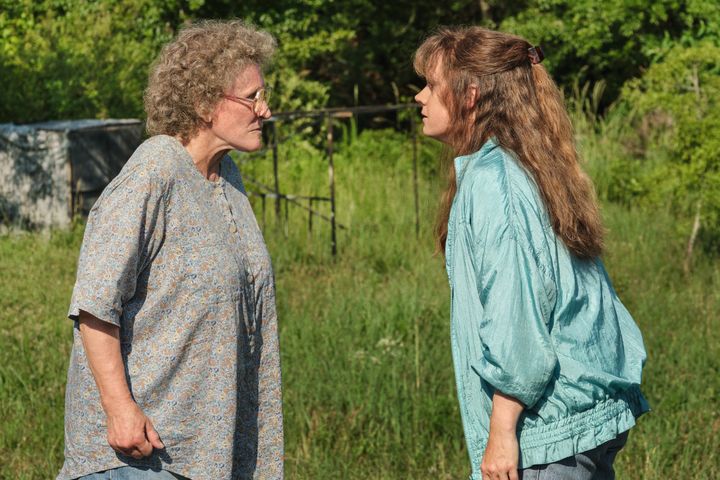 More than any other living actor, Glenn Close is overdue for an Oscar. At least that’s how the narrative goes. She was widely expected to prevail in 2019 for “The Wife” — her seventh nomination — but Olivia Colman snuck up from behind, wresting Best Actress from Close’s anxious hands. As a result, whatever austere drama Close made next was almost guaranteed to land her in the awards derby, perhaps netting a victory solely on the back of that “overdue” qualification.

For those of us who care about such frivolities, that dynamic stings. An actor is lucky to win a single Oscar during the course of his or her career, and one hopes it will be for something that reflects the best of that person’s abilities — something distinctive, stirring, memorable. But once the “overdue” label is stamped across an A-lister’s portfolio, it can be hard for Academy of Motion Picture Arts and Sciences voters to resist rectifying their lapse at the nearest chance, not wanting to miss yet another opportunity to consecrate Hollywood’s surest talents. 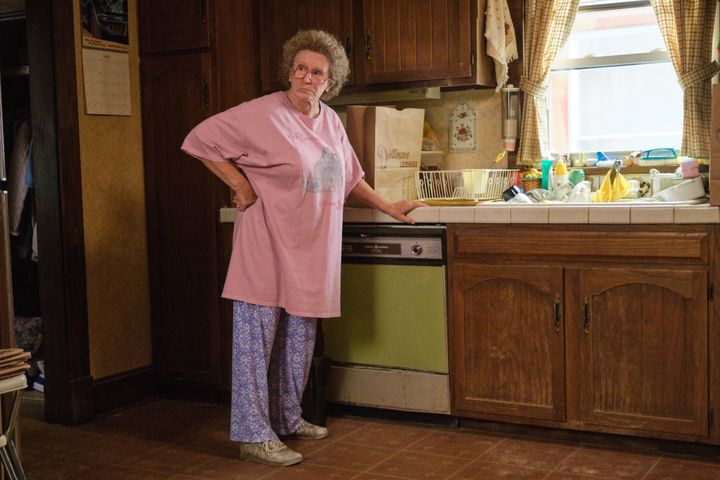 A glaring example is the Oscar that Julianne Moore won for “Still Alice.” It’s a nuanced role in a decent film, and yet it pales when compared to the electricity Moore brings to so many other performances. Part of that is by design: She played a professor facing early-onset Alzheimer’s, requiring the character to retreat into herself with heartbreaking subtlety. “Still Alice” is a study in trying to keep everything together, but Moore is best when she’s on the verge of losing her wits. The movie has none of the lingering impact of, say, “Boogie Nights,” “Magnolia,” “The Hours,” “Far From Heaven,” “A Single Man” or “The Kids Are All Right.” But “Still Alice” marked Moore’s fifth nomination, which meant it was her “turn.”

Similarly, Leonardo DiCaprio had already collected three nominations and a bushel of snubs dating back to “Titanic” and “Catch Me If You Can” when he earned a nod for the dreary 2015 survival epic “The Revenant.” He’d committed his all to the film, reportedly sleeping in a horse carcass, eating raw bison and enduring frigid temperatures during the shoot. Throughout DiCaprio’s campaign, those exploits were weaponized to demonstrate his dedication. He really wanted that Oscar. “The Revenant” may constitute impressive craftsmanship, but it lacks the appeal that makes DiCaprio one of the world’s leading movie idols. Instead of being feted for his gleeful turn in “The Aviator,” “The Wolf of Wall Street” or “Once Upon a Time in Hollywood,” his greatest cinematic contribution, according to the Oscars, is the time he fought off a bear.

Even those with fewer nominations sometimes butt up against this “overdue” mythology. When Viola Davis won for “Fences” in 2017, some speculated that losing to Meryl Streep a few years earlier helped push her across the finish line. Christopher Plummer won his first trophy — for “Beginners” — when he was 83; wasn’t it finally time to commemorate his longevity? And in the directing field, Martin Scorsese’s triumph for “The Departed” arrived after six nominations and several other reputation-defining movies for which he was not recognized.

Still, none of the aforementioned wins felt as wrong as “Hillbilly Elegy” would for Close, who does far more humanistic work when she isn’t so burdened by needing to seem normal. I’m thinking of “The Big Chill,” “Fatal Attraction,” “Dangerous Liaisons,” “Reversal of Fortune” and even “101 Dalmatians,” which required her to tumble into a vat of molasses. Unaided by the heavy-handed screenplay (written by Vanessa Taylor and based on J.D. Vance’s polarizing memoir) and style-agnostic direction (steered by Ron Howard, a veteran with few idiosyncrasies), Close resorts to a caricature of a Southern rube. Her severe gait and unadorned face are meant to connote Serious Acting, but they read more like a movie star doing a theatrical imitation of a demographic that Hollywood knows little about. Close has a naturally aristocratic countenance, requiring the makeup department to do a lot of heavy lifting. It’s less a performance than a tornado. The closest corollary I can conjure is Streep’s pill-popping antagonizer in “August: Osage County,” a hammy charade that earned her an Oscar nod simply because, well, she’s Meryl Streep. 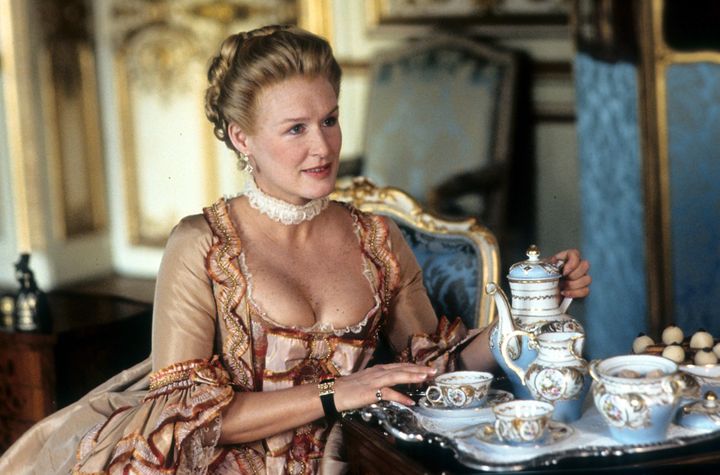 I hate denigrating Close this way, but “Hillbilly Elegy” is tacky enough to force my hand. However, here’s a curious wrinkle: Amy Adams also belongs to the proverbial Overdue Club. In fact, she’s probably the next living actor whose Oscar is most considered tardy. Adams has six nominations to her name, having first been anointed for her breakout role in 2005’s “Junebug.” When I interviewed Adams in 2014, the headline on the resulting story was ”How Amy Adams Became The Oscars’ Golden Child.” She is so frequently included on Academy Award rosters that voters could later afford to write off her performance in the sci-fi masterpiece “Arrival.”

Adams survives “Hillbilly” with a bit more dignity intact, but she, too, is subjected to a series of screaming matches and hapless yowls in search of a convincing plot. She built her renown playing naive darlings (“Junebug,” “Enchanted,” “Doubt”) and then flipped the script with brassy hellions (“The Fighter,” “The Master,” “American Hustle”), but this outing barely captures the breadth of Adams’ charms. The story unfolds through J.D.’s perspective, split across two incoherent timelines and struggling to calibrate the central clan’s evolution.

Netflix is touting Adams for Best Actress (a stacked race led by Viola Davis in “Ma Rainey’s Black Bottom” and Frances McDormand in “Nomadland”) and Close for Best Supporting Actress, meaning both women could at last right the Oscars’ wrongs when the April 25 ceremony rolls around. (Nominations will be announced on March 15, after being delayed by two months due to COVID-19.) But how disappointing to imagine Adams’ or Close’s belabored Oscar narrative coalescing around “Hillbilly Elegy” of all movies. If either wins, it will double as a career-achievement prize, yet the record books will nonetheless show that an overwrought hodgepodge of working-class clichés represent Adams’ and Close’s gifts.

The academy knows that great artists sometimes don’t get the competitive Oscar they deserve, so the organization hands out honorary awards as compensation. That’s how Gena Rowlands, Cicely Tyson, Angela Lansbury, Jackie Chan, James Earl Jones and Cary Grant earned their trophies. Maybe it’s not as exciting, but at least it’s honest. The studios running campaigns (Netflix and its ilk included), however, are happy to coast on the idea that so-and-so needs to win. Actors then go chasing projects with obvious Oscar-bait hallmarks, one of which involves the de-glammed scenery-chewing seen in “Hillbilly Elegy.” But in the end, the only thing this movie succeeds at is reminding us how excellent Glenn Close and Amy Adams are when given worthwhile material.