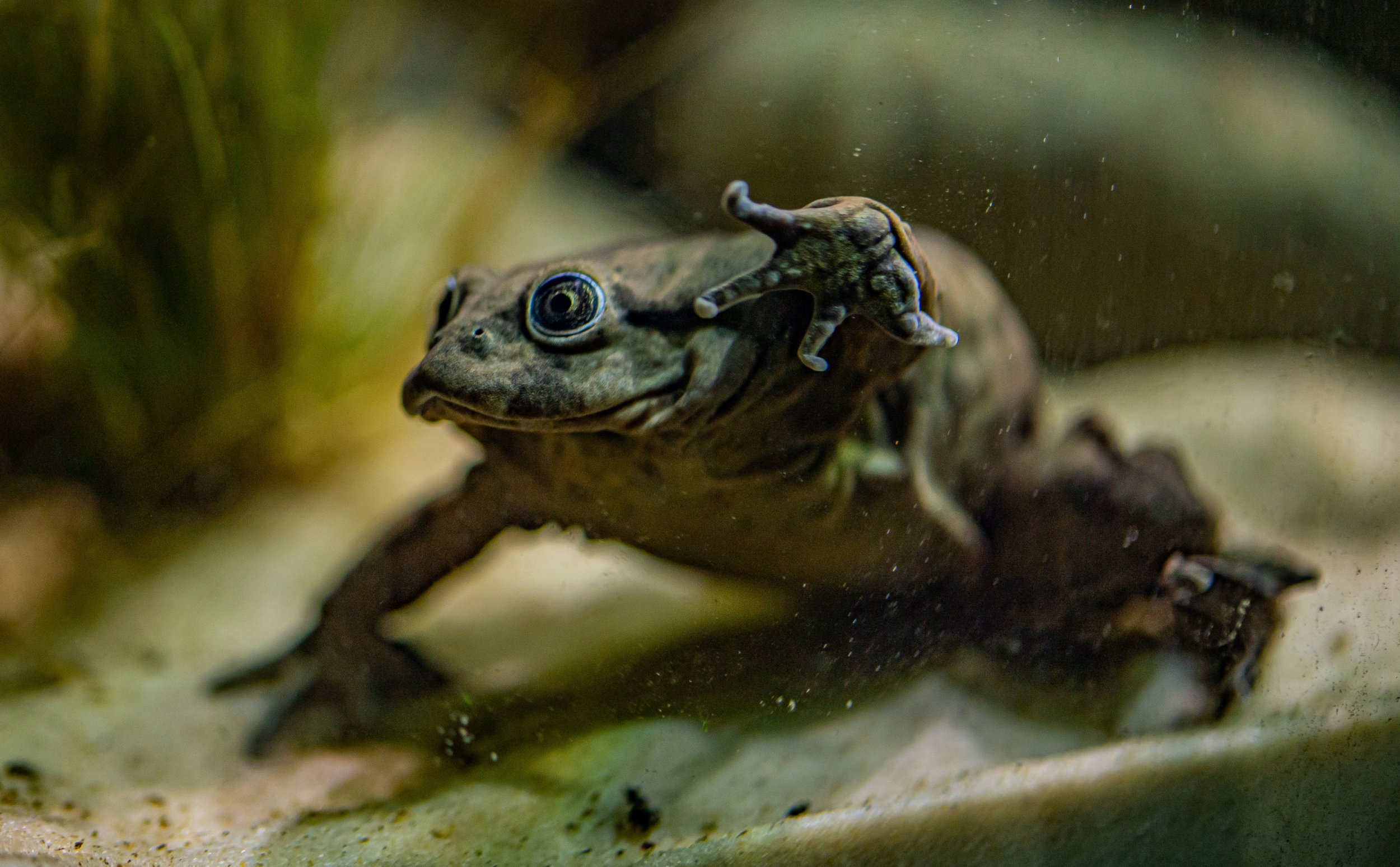 People in the UK now have the chance to see a rare and spectacular species of frog, which have gone on display at a zoo for the first time.

On first glance, frogs might not seem the most exciting animal to make the trip for. After all, you can find frogs in someone’s garden pond if you look hard enough.

But these ones have something special… They (apparently) look like something quite different.

The animals have been nicknamed after ballsacks, as that is supposedly what they resemble.

We stress – this is not what WE decided to call the frogs, but a recognised global moniker.

The ‘scrotum frogs’ are officially called Lake Titicaca frogs, but were given their unfortunate nickname due to their saggy folds of excess skin which they use to absorb oxygen from water at the bottom of the lake where they are found, on the border of Bolivia and Peru.

That may not sound the most appetising thing, but the frogs are in demand locally to be eaten in smoothies believed to give people more energy.

This, as well as pollution and habitat loss, is putting their population at risk and they could even go extinct.

Between 50% and 80% of the frog population has been lost from Lake Titicaca in the last 20 years.

However, if you fancy a visit to Chester Zoo, you can see 20 of the scrotum frogs on display.

The zoo was the first in Europe to give a home to the species, listed as endangered by the International Union for the Conservation of Nature (IUCN).

Conservationists are now studying their behaviour in the hope that knowing more about the frogs can help protect them.

Chester Zoo has teamed up with the Cayetano Heredia University in Peru and the Natural History Museum’s Alcide d’Orbigny in Bolivia to form a union to help save the frogs and secure the future of the lake.

Dr Gerardo Garcia, the zoo’s curator of lower vertebrates and invertebrates, said: ‘What we need to do now is to build on our knowledge of the species and its biology – by learning all about their life cycle, mating behaviours, favoured habitat and ability to tolerate or resist a deadly fungus that is wiping out lots of amphibians, called chytrid.

‘We can then harness that valuable information for conservation action in the wild.’

Dr Garcia said people in Peru and Bolivia were known to harvest the frogs, despite it being illegal, and use them in smoothies which they believe enhance virility and energy.

He added: ‘The planet is facing its biggest ever biodiversity extinction, with thousands of amphibian species at risk of being lost forever’

‘Human activity is very much part of the problem, but we won’t sit back and let them become extinct because we’re also key to the solutions and will play a vital role in reversing the damage.’

Roberto Elias Piperis, co-ordinator of the wildlife laboratory at the Cayetano Heredia University in Peru, added: ‘This species is unique. It is only found in Lake Titicaca and the surrounding areas where it is adapted to the very adverse conditions there.

‘The lake is at extremely high altitude, nearly four times as high as the summit of Mount Snowdon in Wales and, in addition to its ecological importance, there is also a cultural one, because the local inhabitants consider the frogs as a connection between them and the gods so they use them in rituals to call rain.’

The frogs can grow up to 20 inches long and weigh almost a kilogram.