Home » Entertainment » For Years, Alcohol Was My Only Comfort. Then It Nearly Killed Me.

On Sept. 29, 2016, I was at a private book signing in Williamson County, Tenn., for Alberto Gonzales, the former United States attorney general. As the chairwoman for the Montgomery County Young Republicans, I spent a lot of time sharing drinks with Tennessee’s political class. At the end of the evening, I decided to drive home, even though I knew I had drunk too much. I had taken these back roads so many times, I told myself; I could make it home. Twenty minutes into my hourlong trek, I passed out. When I regained consciousness, I was upside down in a ditch. A stranger stopped to pull me out of my car. The police arrived and arrested me immediately. The next morning, reality set in. I had done so much damage in my life that my son, Taj, who was 16 at the time, refused to talk to me. That was the last night I drank.

As much as I would love to say that I stopped drinking for Taj, I didn’t. For the first time in many years, I wanted to live more than I wanted to drink. I found myself in this weird dilemma: I could no longer see myself drinking, but I had no idea how to live my life without alcohol. My son was the first person that I told I was going to stop. He didn’t believe me, and rightly so. He had seen plenty of unsuccessful attempts to quit. But he held me, as a parent would hold a child after her first heartbreak, and he told me we would get through it together. At 16 years old, my child was more of an adult than I was at 34.

[For more first-person accounts from service members and veterans, sign up for the weekly At War newsletter.]

I became a mother at 18 years old. I had never wanted children. Partying my way through high school and getting drunk with my older brother was my only priority. It stayed that way even after I had my son. I never thought I was capable of loving and nurturing a small human; after all, I was raised by a working single mom who rarely showed affection. Not because she didn’t love me; she just wasn’t around.

At 19, I signed over custody of my son to my mother in order to join the Air Force. The rigid environment in basic training forced me to get sober, which lasted until my follow-on training school, where I drank at every opportunity. I assumed this was what people my age were doing in college. After graduation, I received orders to Ellsworth Air Force Base in South Dakota and felt I was on track to build my life with my son. Unfortunately, my drinking would delay regaining custody of him by almost a year.

When I reported to my unit, it didn’t take long for me to realize I was in a male-dominated workplace. I wanted to fit in with the guys, and the only way I knew how to do that was to drink with them. So I did, every night. One evening, after leaving the noncommissioned officers’ club, I was arrested for driving under the influence and underage drinking. Not even three months into my first duty station, I was now the disgrace of the unit, which according to a sign posted on base, hadn’t had a D.U.I. charge in over five years. Along with a nonjudicial punishment given by my commanding officer, I received a yearlong suspension of driving privileges on base. This meant many months of working hard to convince my unit and my mother that I was responsible enough to regain custody of my son. I still drank, but I learned how to do it without being caught.

By 21, I resumed full custody. I was determined to take care of my son and not to act irresponsibly anymore. As an aircraft maintenance technician, I worked the day shift on the flight line — until a more senior noncommissioned officer started showing me a lot of extra attention. The guys with whom I worked thought he was harmless, but he soon started stalking me. He left angry messages on my answering machine, letting me know he knew what times I left my dorm and what time I returned. He would harass me at work. I reported his behavior, but instead of taking disciplinary action against him, my superiors switched me to a different shift and issued him a no-contact order. Then my unit deployed to Diego Garcia, a remote island in the Indian Ocean, and this man began harassing me again. Our unit was busy, and the no-contact order essentially stopped being enforced. A few days before we were scheduled to return home, the harassment escalated, and he assaulted me in my tent. I didn’t report the assault: Although it was perfectly clear that he’d crossed the line into an inexcusable criminal offense, I believed my chain of command would bring up my past drinking habits and would shift part of the blame to me. 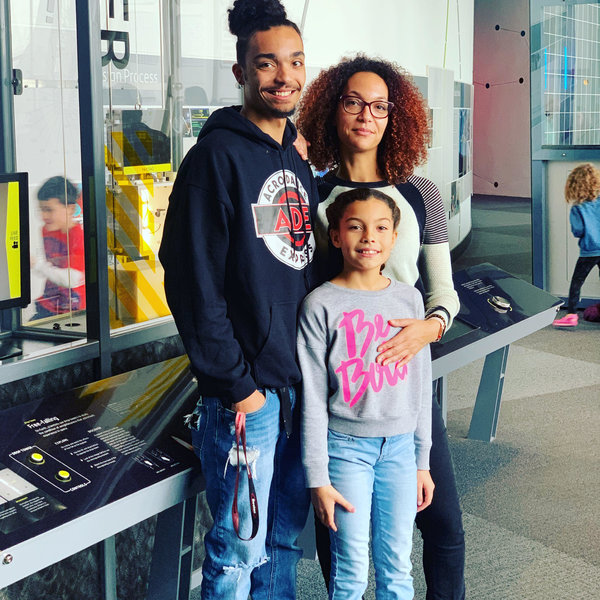 When I returned home, I wasn’t the same. I was paranoid. I was combative and angry. I disengaged from my life and my son. I left the flight line. People started to notice how much I drank. My son’s birthday parties were nothing more than keg parties with toys. There were always people at my house getting drunk. I felt as if I had to drink in order to function, or at least appear to function, as a normal human being. Alcohol made me jovial. Alcohol quieted the rage inside me. Alcohol allowed me to sleep. Alcohol was my lifeline. Eventually, my commander remanded me to the alcohol-and-substance-abuse program along with anger-management classes. But the courses never worked. I knew I was an alcoholic, but under no terms did I want to do anything about it.

By 2006, it was time for me to re-enlist. My flight chief and the commander informed me that if I did I would have to go back to the flight line. For me this was not an option, so in 2007, I left active duty.

The next nine years were consumed by spiraling depression, increased alcohol consumption and a suicide attempt. To outsiders, my life seemed chaotic and out of control. I disagreed: I had a full-time job, a house and a graduate degree — markers of a successful adult. I even got married and had a daughter. While I was pregnant, my doctor told me I could have a glass of red wine nightly; it was good for my daughter’s heart and my circulation. I did, twice, but the cravings and the guilt were overwhelming. I stayed sober during the rest of my pregnancy and for the 11 months that I breastfed her. But eventually I returned to the bottle.

To Taj, my drinking was normal. To me, he seemed like a well-adjusted child despite the chaos. I showed up to sports events and helped with homework. Our home was a safe haven for his friends. We always took in the ones who were having trouble at home. I was the cool mom who always had a drink in her hand; the cool mom who never said no. I thought this was what motherhood should look like.

Most of the time, I wore my ability to outdrink everyone as a badge of honor. Alcohol became my solution to everything. I justified it by saying, “If you lived my life, you would drink, too.” I convinced myself I could stop. After all, quitting was simply a matter of will. The Air Force had taught me resiliency and strength. What other tools did I need? But alcohol had me beat; I just didn’t know it.

Eventually my alcoholism destroyed my marriage. What was once a fun and safe home for my children became a booze-fueled war zone. My daughter and son saw me angry all the time; hangovers made me short-tempered. Some nights I didn’t come home at all, leaving my son to care for his sister. I continually placed them in danger but was so self-absorbed that I never thought about the example I was setting for them. At times, I looked in the mirror, disgusted at myself as a mother, and swore I would quit. No matter how many times I tried, though, I just could not put it down, until I almost died in that drunken car crash in 2016.

After my mother bailed me out of jail, I reached out to some people I knew who had sober lives. I asked them how they did it. Some went to treatment, some took medicine to help with cravings, others simply were dry. One friend recommended that I attend an Alcoholics Anonymous meeting. I had been to meetings before, but my motivation was to learn how to drink like a “normal person,” the way other people did without losing control. Now, beaten down and utterly defeated, I went back, hoping I would learn to stop drinking for good. Everyone was happy, kind and welcoming. They asked me if I had a desire to stop drinking, and for the first time in nearly 20 years, I did. They told me that if I didn’t drink and went to meetings, they would show me a new way of life, and I would never have to take a drink again if I didn’t want to. I believed them.

I’ve been sober now for two years and 10 months. The decision to get sober and stay sober, by no means easy, was the single most important decision I have made in my life. Sobriety has allowed me to become a better parent. My life as a sober mother has cured the awful ache deep inside my core. It has given me a life I always wanted but never thought I deserved. It has taught me what is most important in motherhood: showing up for your children and being fully present for them.

Taj just finished his first year of college, and he and I are closer than we have ever been. Instead of running to his friends for advice when he has trouble with a girlfriend or is stressed out about college life, he comes to me. My daughter, now 10, is thriving. There is no more fighting in the house. We laugh, we read together and I’ve driven her all over Tennessee for dance competitions — sober. While she remembers only bits and pieces of life with me as an alcoholic, she knows the struggle I fought here. When days seem difficult, she reminds me, “I like my sober mommy so much more,” and this is all I ever need to feel whole.

Heather King holds a master of professional studies degree from George Washington University and is a 2013 Tillman Scholar.

Sign up for our newsletter to get the best of At War delivered to your inbox every week. For more coverage of conflict, visit nytimes.com/atwar.