Home » Entertainment » For Frieze, There’s No Place Like London

For art fairs, location is destiny.

The organizers of Frieze London and Frieze Masters — twinned events taking place near each other in Regent’s Park from Thursday to Sunday — have capitalized on London’s role as a market hub and cultural center.

Then they seized opportunities to expand to New York in 2012, and, earlier this year, to Los Angeles.

Similarly, Art Basel expanded over the years from its base in Basel, Switzerland, to stage fairs in Miami Beach and Hong Kong, the idea being that each city is good for doing business and somewhere collectors want to go.

“The fairs are all defined by the places they’re in,” said Victoria Siddall, the director of Frieze Fairs.

But this year’s London events are happening in a city roiled with uncertainty over the economic consequences of Britain’s withdrawal from the European Union, a reminder that the art world — though it sometimes sets itself apart — is a commercial sphere subject to the rules of the real world.

“No one really knows anything about the implications,” Ms. Siddall said, adding that very few people at such events think Brexit is “a good idea, culturally.”

She added: “But London is very strong. It would take a lot to change that.”

Ms. Siddall also recommended the many events timed to take place during the fair, “when all the museums and galleries put on their best show,” notably a commission by the American artist Kara Walker for the Tate Modern’s Turbine Hall that opens on Wednesday.

At both Frieze London and Frieze Masters — the former for contemporary art, the latter for older work — each year brings lots of new art, and usually one or two structural changes in terms of how the events are organized.

This year at the contemporary fair, with 163 dealers over all, organizers have added a themed, invitational section called Woven, with eight dealers.

Like the recent boom in ceramics, it fits a trend seen lately at American and European galleries.

“We’re seeing things come back that haven’t always been part of the art historical canon of painting, drawing and sculpture,” Ms. Siddall said. “These media are being shown in a more serious way, and it’s inspiring to a younger generation of artists.”

Woven’s organizer is Cosmin Costinas, the director of the Para Site art center in Hong Kong.

“Textiles are a broad category,” Mr. Costinas said. “On one hand, they have been part of art history for a long time, but they have been marginalized twice, in a Western context as women’s practice, and then as a craft or popular art that’s non-European.”

He added, “So there’s a double tension there.” 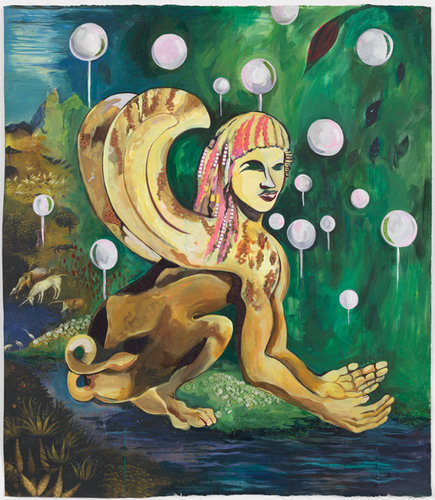 One of the exhibitors in Woven, Gallery Wendi Norris of San Francisco, is showing mixed media works by Chitra Ganesh, in a presentation called “Unearthly Delights.”

Works like “Butterfly” and “Sphinx,” both from 2019, have a mythological and post-apocalyptic theme.

The works on linen incorporate embroidery, but also paint, ink, fur and even marbles and beetle wings, some of which Ms. Ganesh finds on the street.

“When I heard about Woven, I thought about the Sheila Hicks aesthetic,” Ms. Norris said, referring to an American artist well known for her sculptural weavings.

She added that it became clear “they were expanding the notion beyond that, and so Chitra’s work was perfect.”

The main section of Frieze London will feature New York’s Greene Naftali, as it has from the beginning.

The gallery’s co-founder Carol Greene said that she had been a frequent participant because “Frieze is dedicated to connecting to the contemporary moment. I’m interested in showing art that’s having an impact right now.” 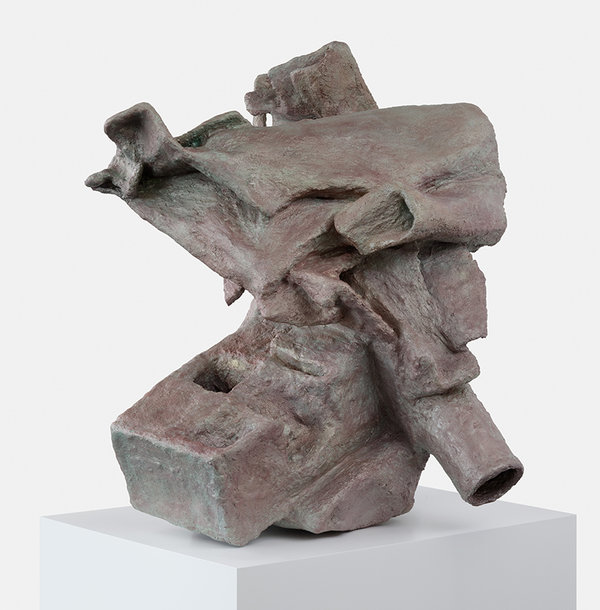 To that end, their booth will feature work by Cory Arcangel, Walter Price, Jacqueline Humphries and Rachel Harrison.

“We think a fair can be a great platform to promote an artist at a certain moment in their career,” Ms. Greene said.

Ms. Harrison, who has a solo show at the Whitney Museum of American Art that debuts Oct. 25, is one of those receiving a strategic spotlight from the gallery.

“We will have pieces of hers to keep her front and center in the conversation,” Ms. Greene said, referring to a suite of 12 inkjet prints, “Cropped Priapus” (2018), and a mixed-media sculpture, “Table Piece” (2016).

Elsewhere in the fair, South Africa’s Goodman Gallery, which has spaces in Johannesburg and Cape Town, will show artists including William Kentridge, Kapwani Kiwanga and Yinka Shonibare.

The gallery also timed the opening of its third branch, in London, to coincide with the fair. At its new Cork Street space in Mayfair, it will present the show “I’ve Grown Roses in This Garden of Mine,” with some of the same artists’ work on view, as well as that by Alfredo Jaar, El Anatsui and others.

The London gallerist Alison Jacques will present a solo booth in the Spotlight section of Masters featuring the work of the American photographer Gordon Parks (1912-2006). Ms. Jacques represents the Gordon Parks Foundation.

“It’s a laboratory to discover artists,” Ms. Jacques said of Spotlight, where she has previously shown the work of the painter Dorothea Tanning, among others.

As for Mr. Parks, “He’s essentially one of the most important photographers of the 20th century, and that hasn’t been fully acknowledged yet,” she said. “He engages the empathy of the viewer without ever going over into drama.”

One of the more ambitious presentations at Masters comes from Gregg Baker Asian Art, but the gallery almost did not make it into the fair.

Mr. Baker, who opened his London gallery in 1985, applied for the first edition of Masters in 2012 and has reapplied a few times since then. “But it wasn’t until now that I got in,” he said.

Mr. Baker added, chuckling, “Either they got desperate or I got better.”

The organizers “are very specific about what they do and don’t want,” he said. “But I made a proposal and stuck to my guns.”

His booth’s show, “Buddhism, Zen and the Art of Calligraphy,” has works spanning from the 11th century to the 20th century.

The most notable item is a Japanese Amida Buddha figure from the Heian period.

“It’s a museum-level object,” Mr. Baker said, adding that the price will be over one million pounds, or about $1.2 million.

He said he was happy to be showing such wares surrounded by much younger artwork.

“Dealers that join the fair are hoping for collector crossover between the modern work and older things,” he said. “We’ll see if that’s the case.”

And Mr. Baker said he harbored no hard feelings about being kept out of the action for so long.

“You can’t slide in on your reputation,” he said of the selection process. “You can’t just throw a few things on a stand, and that’s what makes Frieze what it is.” 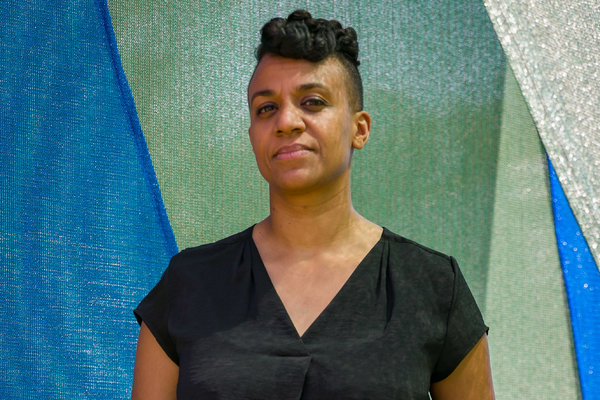 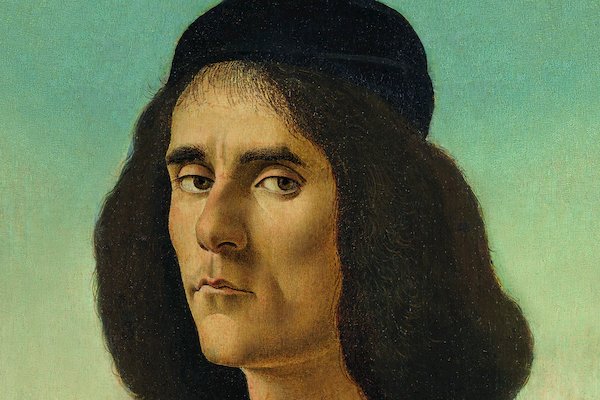