Billie Piper’s return in the Sky TV drama series, I Hate Suzie, has been lauded by critics “a wild ride”.

Piper portrays the titular Suzie Pickles – a former child screen star, whose life and career are turned upside down by a compromising phone hack.

It finds her reunited with Secret Diary of a Call Girl writer Lucy Prebble.

The Guardian gave it a five-star review, describing Piper’s character as “nude, lewd and joyously off the rails” in “this scabrously funny drama”.

“Beneath it all, Prebble holds the reins firmly in her fist and Piper keeps us – just, just – on the side of an endlessly charismatic but volatile, self-indulgent character,” wrote Lucy Mangan.

“I Hate Suzie nails the arrested development and consequent issues – poor impulse control, irresponsibility and generally exhausting high-maintenance-ness – of a celebrity upon whom fame was visited so early.” 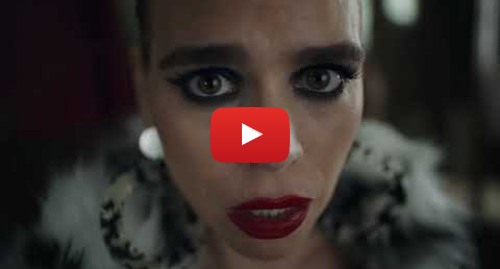 “It’s a wild ride that feels like an absolute gift,” she added.

The Telegraph were similarly impressed, also opting for top marks while calling the show a “glorious, fizzing monument to the creativity of Piper and Prebble”.

“I Hate Suzie is remarkable portrait of one woman’s descent,” opined Chris Bennion.

Piper was nominated for an Olivier Award for her performance in Prebble’s 2012 play The Effect.

Critics noted her own experience of having been a prodigious young singer-turned-actress who becomes famous at a young age will no doubt have informed her new role as Pickles.

The Independent suggested that in the drama, Piper is “playing a thinly disguised version of herself”.

“Piper has a rare gift for eliciting sympathy, even as Pickles keeps making new mistakes in her effort to disguise the old ones.

“What emerges is a black-comedy-horror about female friendship, modern fame, and the impossibility of true privacy in a world where everyone has an online video camera in their pockets.”

‘Genuinely is a mess’

The Evening Standard, who gave it four stars, declared that “Piper gives a raw, soul-baring performance”.

“I Hate Suzie feels fresh and pacy with plenty of dry wit. My only objection is, why would you hate someone called Suzie?” joked their writer Susannah Butter, with good reason.

Carol Midgely of The Times said: “I think most people would agree that Piper is an outstanding actress, playing Suzie with excruciating honesty.

“It is gratifying to see Piper in a TV role where she can stretch her legs, show her class and use to the max her mesmerically expressive face (she got five-star reviews and a plethora of awards for her “career-defining” role in the play Yerma)

“This was bold and intelligently acted television. And surely an instant cure for any fool who actively wants to be ‘a celebrity’.”

The NME suggested I Hate Suzie is set to become “your new favourite TV show about an unravelling pop star”.

“She’s a nightmare,” Prebble, who co-created the show with her friend Piper, told the online magazine.

“We really weren’t interested in making her ‘likeable’ in inverted commas, or even particularly relatable, because that’s something that’s been pushed down our throats when creating characters for a long time, especially when it comes to women.

“We’re sort of experimenting in this show, I guess, with showing you someone who genuinely is a mess – not somebody who seems like a mess, but underneath it all she’s a go-getter,” added the Succession producer.