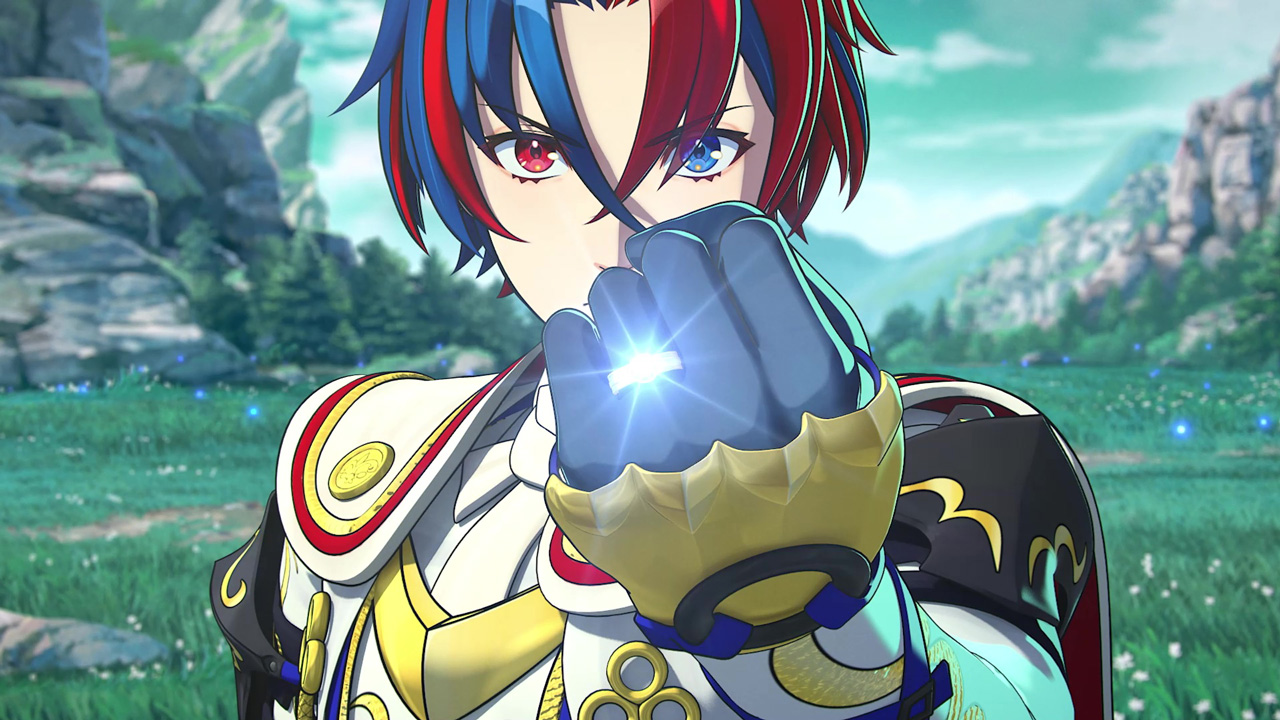 The new Fire Emblem strategy game sees the return of the original developer and a less serious tone for it is tactical role-playing adventures.

2012’s Fire Emblem Awakening on the 3DS was the last roll of the die for developer Intelligent Systems. After decades as a C-list Nintendo franchise, the tactical role-player was about to meet the same fate as sister series Advance Wars, until something unexpected happened: Awakening was a major critical and commercial success. Ever since then the franchise has never looked back, with 2019’s Three Houses successfully making the jump to the Switch and becoming the best-selling entry so far. The question now is whether Engage will exceed it.

Unlike many, we weren’t big fans of Three Houses and became frustrated at the emphasis on banal dialogue and overwrought melodrama, as well as the awkward interface and outrageously cheap graphics. Much of this we put down to the fact that Dynasty Warriors (and indeed Fire Emblem Warriors) creator Koei Tecmo was the primary developer but Engage is once again solely the work of Intelligent Systems.

Rather than try to repeat the formula of Three Houses, it’s immediately obvious that this is a very different kind of game, in terms of structure and tone. The core of the turn-based gameplay is still the same but layered on top is a new system of customisable character abilities that turn the game into a Japanese style superhero show, complete with transforming heroes and a chirpy theme tune. We do wonder how Three Houses fans are going to take to it, but we much prefer Engage’s approach.

The storytelling and dialogue in Engage is very unsophisticated but there’s a guilelessness about it that makes it much more tolerable than Three Houses’ amateurish attempts to seem more serious and grounded. Engage still features plenty of earnest monologues about the evils of war (delivered by teenage generals dressed like they’ve just stepped off a Mardi Gras carnival float) but, especially towards the end, its goofy charm allows you to get surprisingly emotional over its paper-thin characters.

For the record, an evil dragon has risen from centuries of slumber and so to has the ‘Divine Dragon’ which acts as your primary player character. They can take male or female form and you control them directly in non-battle sequences, but you spend most of the time moving about the world map trying to recruit allies and gain control of 12 magic rings. These contain the emblems of warriors from other worlds – in fact key characters from previous Fire Emblem games, such as Marth, Roy, and Lucina (so if you only know Fire Emblem from Super Smash Bros. you’ll still recognise a few faces).

It may not have gone mainstream until recently, but Fire Emblem is one of the very earliest tactical role-playing games, predating Shining Force and Final Fantasy Tactics by several years. The set-up is very simple, as two armies face off on grid-based based maps, with individual characters having role-playing stats which can be improved by gaining experience. That’s become a familiar concept in recent years, during the current boom of turn-based strategy games, but all of Fire Emblem’s modern sequels have founds ways to distinguish themselves, for better or worse.

The emblems in Fire Emblem are rarely mentioned in most of the games but here they follow around whoever holds their ring, whether good or evil, like ghostly apparitions (they’re implied to be from parallel worlds or something). Once activated, by defeating a certain number of grunts or using special energy pools, they combine with the character holding them for three turns and grant access to a wide range of extra special moves, weapons, and abilities – while looking like a weird sci-fi angel.

Although the game will usually start a new ring off with a particular bearer, you’re free to swap them around however you want within your army, either reinforcing existing tendencies and weapon proficiencies or compensating for weaknesses. While the rock, paper, scissors relationship between different weapons was greatly underplayed in Three Houses, here it’s more important than ever, since using the right weapon, say a sword against an axe, will ‘break’ your opponent and make it impossible for them to counter.

So, for example, if you want to help out a sword-wielding character you might want to partner them with an axe-wielding emblem, who’s good against lances. Alternatively, we did very well partnering a slow, tank-like character with an emblem that has a special move that can fire arrows halfway across the map. New buffs and abilities are added the longer characters and emblems stay together but there are also moves that are of general help, such as increasing the evasiveness of nearby allies or giving them an extra turn.

The many and varied considerations brought on by using emblems is in addition to the normal class upgrades and equipment loadouts you have to worry about. There’re also more complex questions about permanently inheriting abilities once your bond with an emblem has reached a certain level, as well as creating minor rings, featuring more obscure characters, that only enhance stats and upgrading weapons to improve their stats or change their resistances.

There’s a lot going on in Engage and that includes the new multiplayer options which, while still just a side element, are the most involved the series has seen so far. One mode is a relay style co-operative match with five other players and the other a straight competitive mode, but where you can create your own maps.

These are accessed from your home hub area, where you can also wander around talking to people and engage in the inevitable cooking and fishing mini-games. Although plenty of characters are flirty, and you can give gifts, the creepy dating element from Three Houses is no longer present and the personal relationships of characters play out only in brief skits when you increase their support rating – which is a useful benefit when in battle.

One of the more universal complaints about Three Houses is that it was too easy. No Fire Emblem game is easy if you use the traditional permadeath option, but we suspect few people do nowadays. On normal difficulty and no permadeath, though, Engage is more challenging than Three Houses, especially in the optional paralogue missions that are the only way to increase an emblem’s bond to the maximum. Even though you can rewind moves at any time we fought a number of hour-long battles that were still down to the wire by the very end, and all the more enjoyable for it.

Like any good strategy game, Fire Emblem Engage is extremely tense, as you wait to see whether your carefully formulated plan is going to succeed or not. The current renaissance already seems to have dispelled the notion that strategy games are slow and boring but Engage emphasises that they’re often more exciting than a traditional action game, despite everything being turn-based.

The one problem shared by both games is the needlessly unhelpful menus, that seem desperate to make even the simplest action as fiddly and unintuitive as possible. Even something as basic as checking who has which ring is made as difficult as possible, which becomes very frustrating as there are a ton of characters by the end (because the game has to provide spares in case you’re playing with permadeath switched on), which can make setting up before a battle a chore.

This is heightened by Engage still indulging in a lot of inventory busywork, as you laboriously equip characters with the ideal weapons and items before entering a fight. There is at least now an optimise button, that’s supposed to do it for you, but after repeatedly sending out our healer without a healing staff we soon learned not to trust that.

Overall, though, this is a significant improvement on Three Houses and while still low tech, even for Nintendo, the graphics are notably less embarrassing – even if a lot of the talking head sequences still play out in front of a static backdrop, like an old SNES game. We don’t know how some fans are going to take to the ultra gaudy costumes, which make most characters look like they’re on the way to a fancy dress party, but we much preferred it to the tedious seriousness of Three Houses.

Intelligent Systems is taking a risk making the game seem so cartoonish and over-the-top but in terms of gameplay this is a much more serious strategy offering. At this point, given all the new moves and abilities, we wouldn’t be surprised if the next spin-off was a fighting game but when it comes to mainline entries this is just about as good as Fire Emblem has ever been.

In Short: A more traditional Fire Emblem experience than Three Houses, but one that’s filled with fun new features and emphasises deep and varied gameplay over dating mini-games.

Pros: The emblem gimmick is excellent and adds a huge amount of new options and customisability to the classic turn-based gameplay. Streamlined storytelling is campy fun and easily ignored if you don’t care.

Cons: The menu system is still awful and the number of characters unwieldly. Dialogue is even more rudimentary than Three Houses.