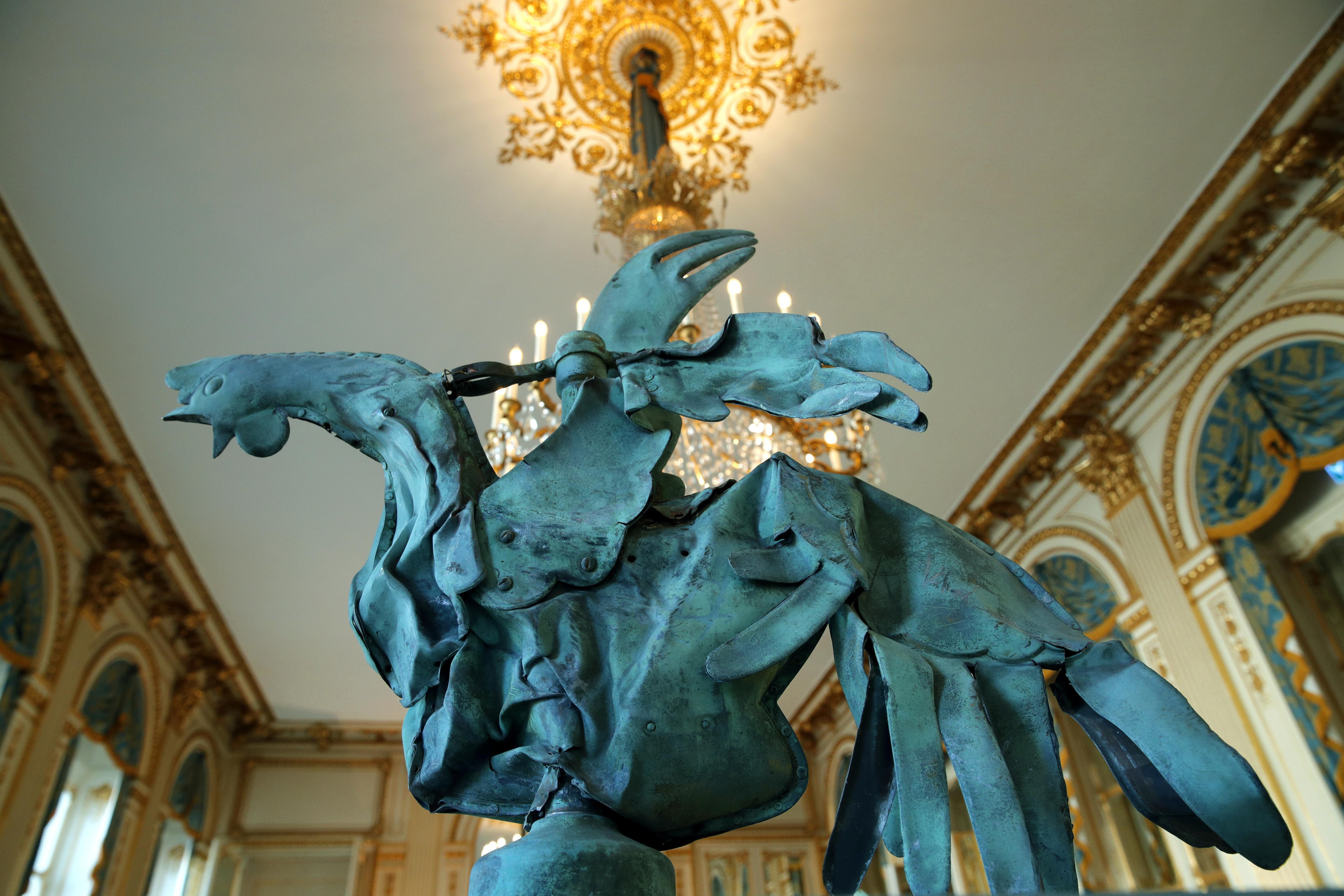 PARIS (Reuters) – A battered copper rooster that used to sit atop the spire of Notre-Dame Cathedral is to go on public display more than five months after the massive fire that almost burnt the iconic building to the ground.

The rooster was one of several culturally-important artefacts salvaged after the fire, on April 15 2019, which destroyed the cathedral’s spire and much of its roof.

“It was one of the symbols of Notre-Dame de Paris and is even more so now,” French Culture Minister Franck Riester told reporters on Friday.

“(The rooster) has been scarred by the fire. It was heated and then it fell, something which triggers another debate: should we restore it or leave it like it is, as a witness on what happened on April 15 ?”.

The rooster will go on display in Paris this weekend as part of European Heritage Days, in which sites of cultural interest open their doors to the public.

Asked if the cathedral as a whole could be restored in five years’ time, as French President Emmanuel Macron promised, Riester said that remained the aim but added that the work would not be rushed.

Riester also said Notre-Dame was still not entirely secured and that a thorough study was underway to establish the type of permanent damage the fire left on the structure of the cathedral.