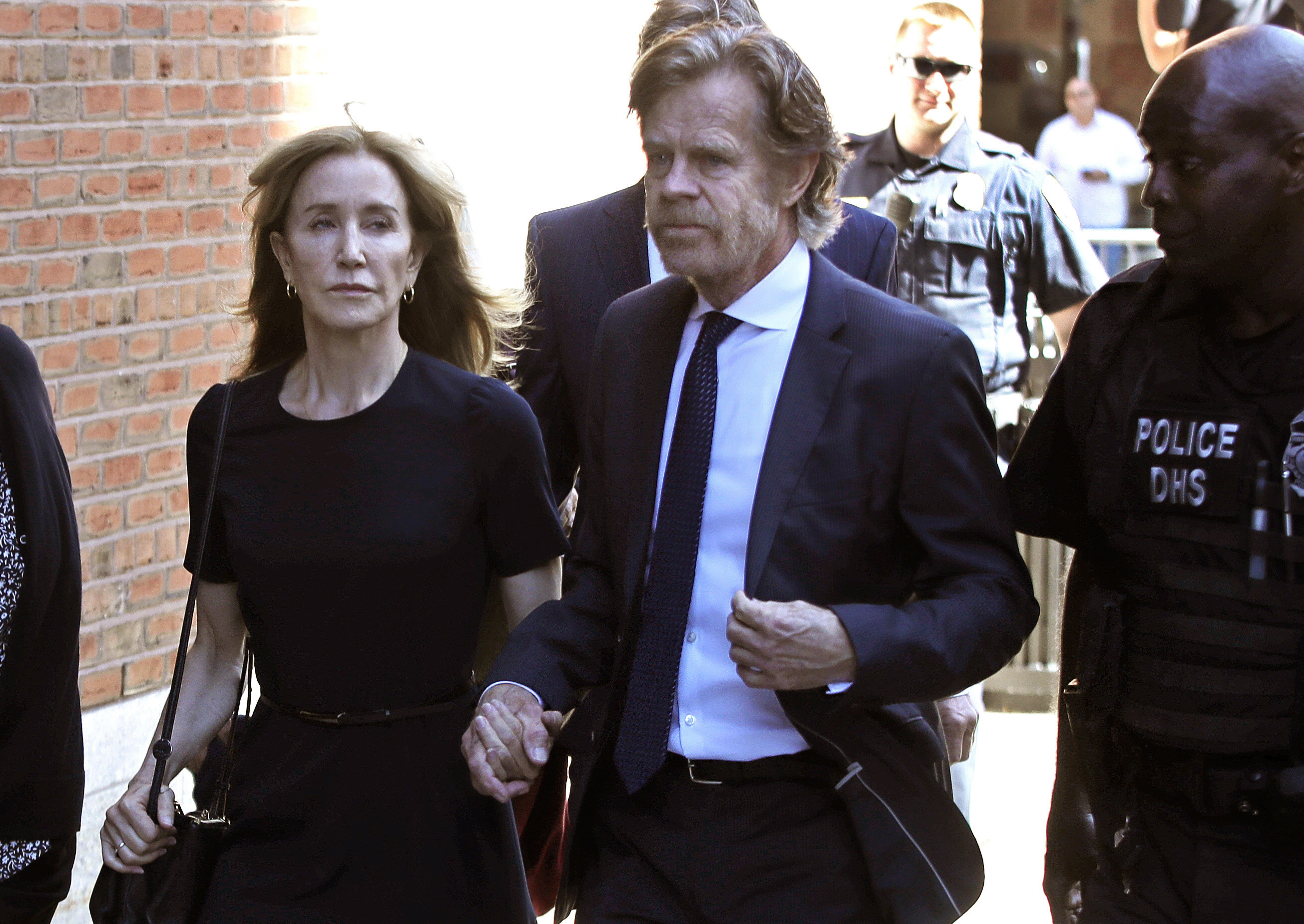 Actor Felicity Huffman was sentenced to 14 days in prison on Friday for her role in the college admissions scandal.

She was also ordered to pay a fine of $30,000, and to serve one year of supervised release and 250 hours of community service.

Huffman pleaded guilty in May to fraud charges for paying $15,000 to get her daughter’s college entrance test answers corrected in order to raise her score.

Addressing the judge before being sentenced, Huffman said through tears that she was “deeply sorry” to those who were affected by her actions, including her family.

“I have betrayed them,” she said.

Huffman is the first parent to be sentenced in the high-profile, nationwide case that has led to charges for dozens of wealthy parents — including Full House actor Lori Loughlin — who prosecutors say paid thousands of dollars to get their children into top universities by cheating the admissions system.

In court, Assistant US Attorney Eric Rosen argued Huffman had to be held accountable for her actions, despite her claim that she took part in the scheme out of desperation to help her daughter.

“With all due respect to the defendant, welcome to parenthood,” he said. “There’s no instruction manual. Parenthood is exhausting and stressful, but that’s what every parent goes through.”

Huffman told the court she remembers driving her daughter Sophia to the testing center, where she had arranged for the scheme to take place.

“I remember thinking: turn around, just turn around,” she said. “To my eternal shame, I didn’t.”

She added that she took full responsibility for her actions and deserved whatever punishment the judge handed down.

“I was frightened, I was stupid, and I was so wrong. I am deeply ashamed of what I’ve done,” she said. 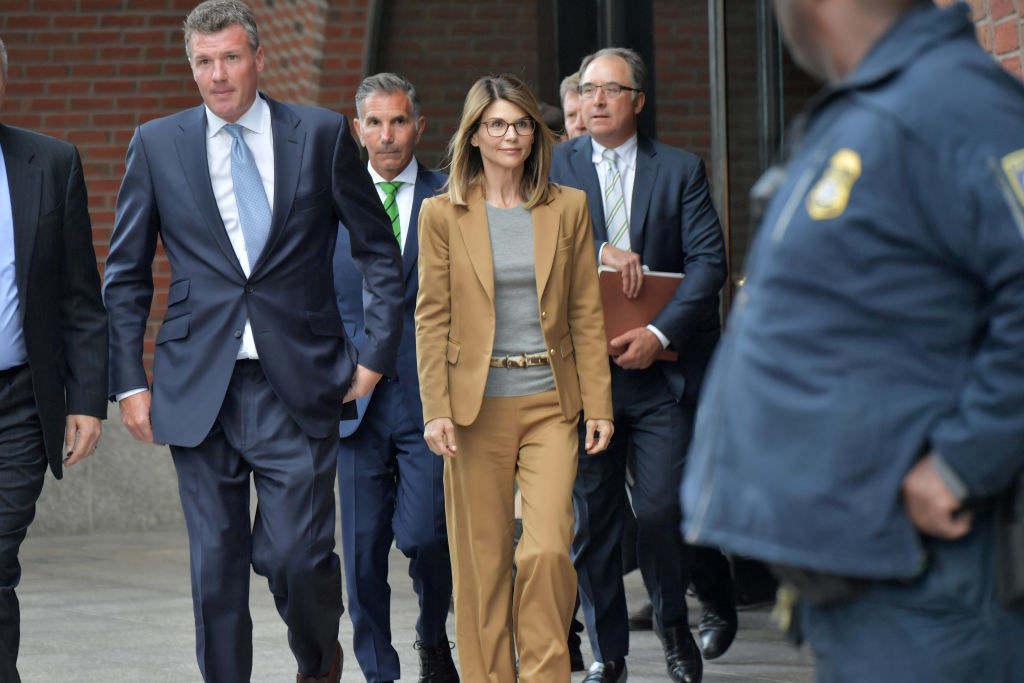 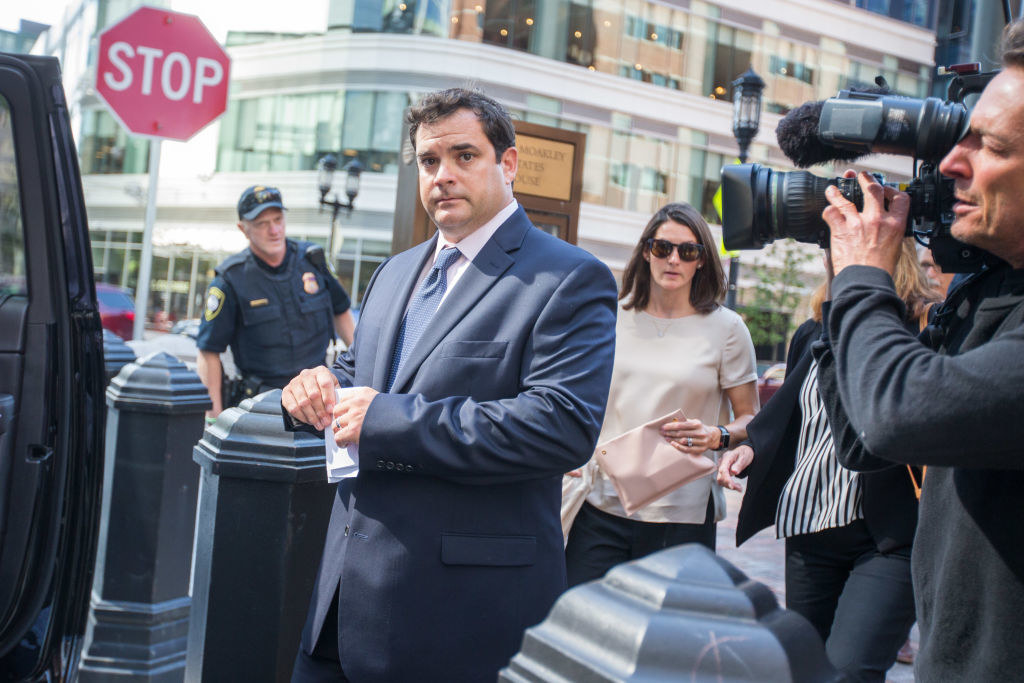 Huffman’s attorney, Martin Murphy, had argued in court that his client was being treated more harshly because of her status.

“I’d never suggest Huffman be treated differently because she is wealthy…but by the same token, it can’t be the case that she be treated more harshly because of her financial circumstances,” he said. “That’s not fair.”

But Rosen said prison is the “great leveler” when it come to punishing the wealthy and privileged.

“If we respect the rule of law, we should not treat defendants differently because of wealth or status,” he said.

Of the more than 50 parents, coaches, and other conspirators in the case, only one other — former Stanford sailing coach John Vandemoer — has been sentenced, and that was for two years of supervised release.

Huffman said her daughter finding out what she did was the worst part of the fallout.

“[Sophia] said to me, ‘I don’t know who you are anymore, mom.’ Then she asked, ‘Why didn’t you believe in me? Why didn’t you think I could do it on my own?'” Huffman told the court.

To pull off the scheme, Huffman was told by the scheme’s ringleader, Rick Singer — who has pleaded guilty to racketeering and money laundering conspiracy charges and is cooperating with authorities — that her daughter would take the SAT at a “controlled” testing center. A special proctor who was also on the take would then correct the answers without her daughter’s knowledge.

Huffman initially ran into a roadblock when her daughter’s school tried to make her take the exam on its campus.

“Ruh Ro! Looks like [my daughter’s high school] wants to provide its own proctor,” she wrote, according to the affidavit.

In court filings, US Attorney for Massachusetts Andrew Lelling said Huffman’s role in the scheme “wasn’t driven by need or desperation, but by a sense of entitlement, or at least moral cluelessness, facilitated by wealth and insularity.”

“Millions of parents send their kids to college every year,” Lelling said. “All of them care as much as she does about their children’s fortunes. But they don’t buy fake SAT scores and joke about it (‘Ruh Ro!’) along the way.”

In a letter to Judge Indira Talwani, Huffman said she did not originally intend to do anything illegal or underhanded, and that she first hired Singer as a college counselor for her daughter, who she said has a learning disability.

“In my desperation to be a good mother, I talked myself into believing that all I was doing was giving my daughter a fair shot,” Huffman wrote. “I see the irony in that statement now because what I have done is the opposite of fair.”

She also expressed her regret for the bribe, which she has said her daughter knew nothing about. 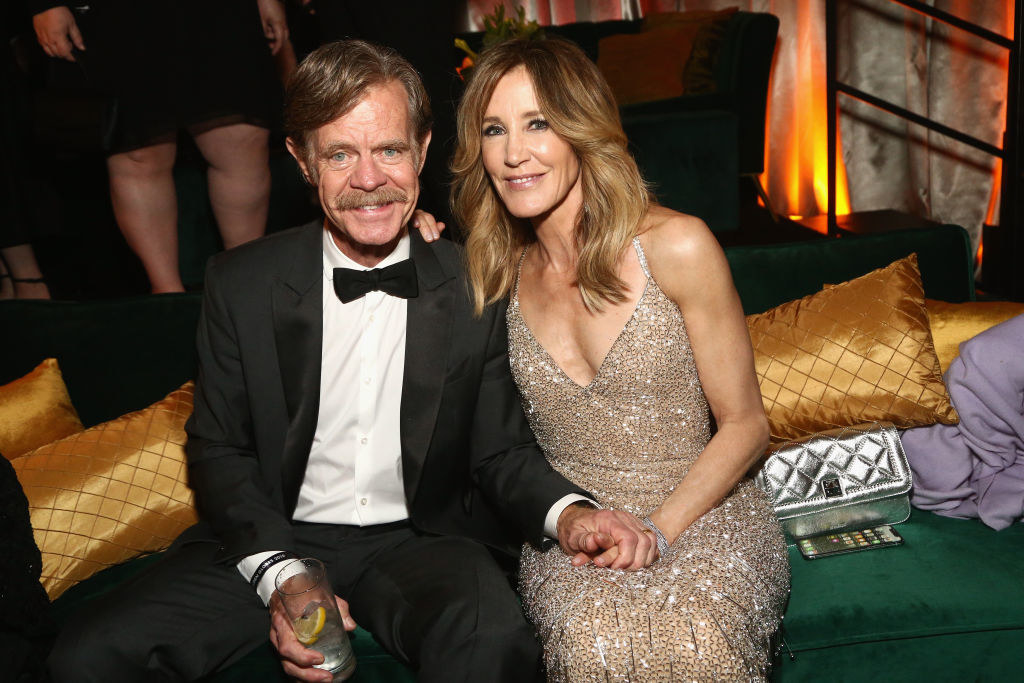 “When my daughter looked at me and asked with tears streaming down her face, ‘Why didn’t you believe me? Why didn’t you think I could do it on my own?’ I had no adequate answer for her,” she wrote. “I have compromised my daughter’s future, the wholeness of my family and my own integrity.”

In a letter to the judge, Huffman’s husband, William H. Macy, who was not charged in the scheme, said his youngest daughter cried when Huffman was handcuffed and taken away by FBI agents. They’ve since been going to a family therapist, he added.

“There is much to be done, and some of the hurt and anger will take years to work through, but we are making progress,” Macy wrote.

Huffman’s former Desperate Housewives costar, Eva Longoria, also submitted a letter to the judge, saying the actor was exceptionally kind to her and stood up for her on set.

“She always leads with her heart and has always put others first,” Longoria wrote. “This is why I still call her my friend today and always.”

More on this scandal