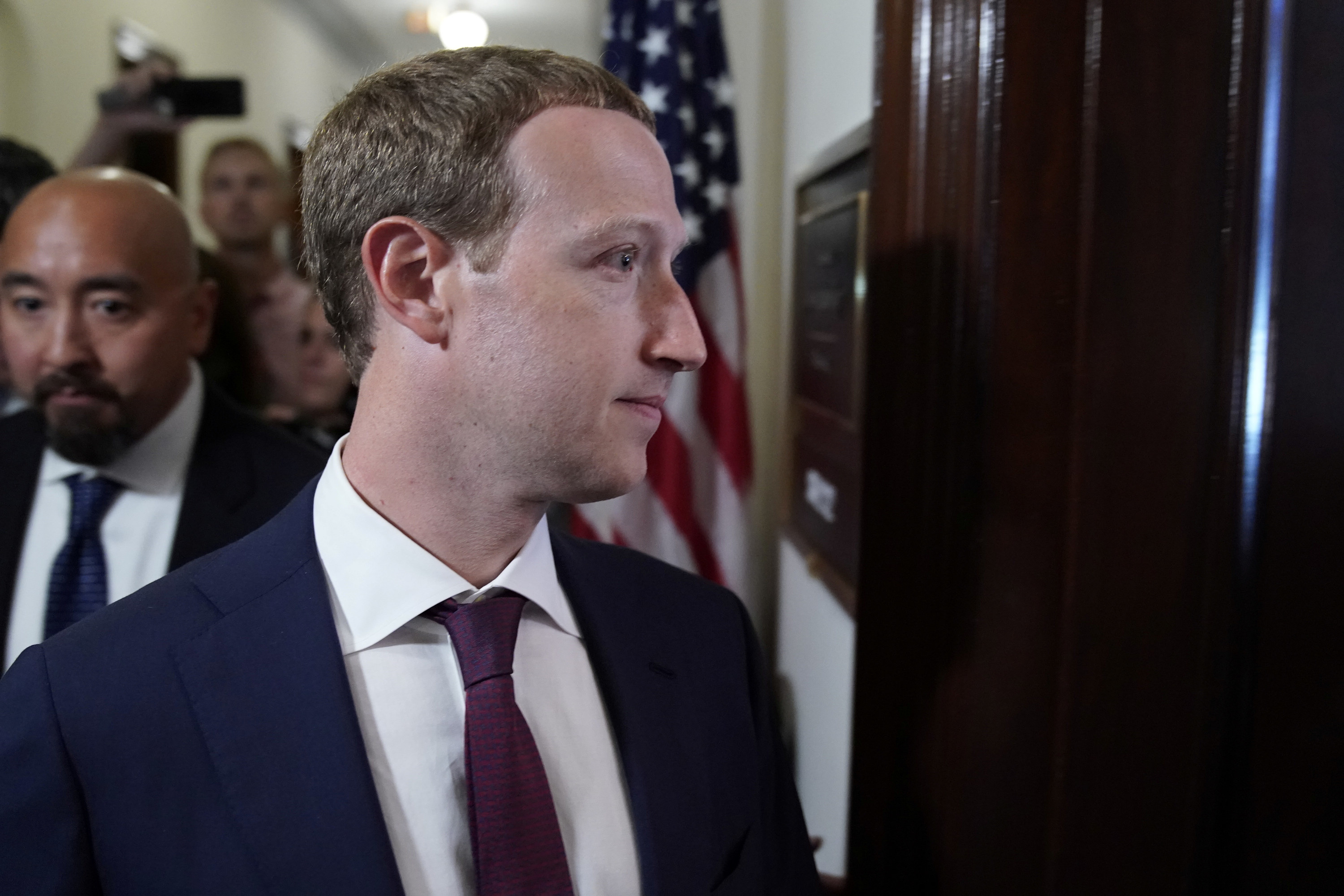 The news Tuesday that Mark Zuckerberg is preparing to fight Elizabeth Warren’s policies has returned the spotlight to an uncomfortable fact about Facebook’s scale and power: Its actions could help determine whether Warren, Donald Trump, or someone else is sworn into office in January 2021.

Facebook’s power to promote or block stories, lies, and personalities has been a central story over the last four years. But its greatest proven power in elections is more concrete: Facebook has shown that it can, with a campaign inside the service, drive its users to the polls.

That’s because while Facebook’s cheerful, and scientifically proven, “I voted” button seems neutral, it isn’t turning out a cross section of Americans. It’s turning out a cross section of people who use Facebook. As Facebook’s user base morphs into the Trump coalition — older, less-educated, and more Republican — the platform’s get-out-the-vote efforts could become a powerful element of the president’s reelection campaign, one that could tip the vote in battleground states in the general election.

“You cannot participate in politics one way or the other without making a political statement,” said Harper Reed, the CTO of the Obama for American campaign in the 2012 election.

A Facebook spokesperson declined to comment on whether the platform would run a get-out-the-vote campaign targeting its users in 2020 or to disclose the volume of any planned campaign. The spokesperson, who declined to be named, said, “Facebook provides people with accurate and nonpartisan information about how to register and participate in upcoming elections as part of our defenses against interference from bad actors.”

Facebook’s role in the 2020 election has come under fire from Democrats recently. After the site’s vice president of global affairs Nick Clegg reaffirmed that politicians like Trump would not be subject to its fact-checking policies, DNC CEO Seema Nanda claimed on CNN on Tuesday that the company is allowing Trump “to mislead the American people on their platform unimpeded.”

But little attention has focused on its neutral-seeming get-out-the-vote plans, which could prove consequential.

There’s been no comprehensive survey of the political alignment of the site’s user base since 2015. The company has declined to share the data that would help settle this question, even though it has categorized its users as liberal, moderate, and conservative in the past.

What is clear is that button has been a proven factor in driving people to the polls — a 2012 study published in the journal Nature found it increased turnout by 0.4%.

Nevertheless, it’s becoming clear that Facebook’s profile increasingly matches the demographics of the Trump coalition. Since the 2016 election, the platform has shed millions of users in the United States, according to Edison Research, most pronounced among young people and millennials. And the share of older Americans using the site has grown. According to Pew Research, since 2012 use of Facebook has grown most rapidly among older generations. (Facebook’s aging matches the electorate — Pew expects nearly a quarter of voters in 2020 to be over 65, the highest share in 50 years.) Not only have older Americans increased proportionally on the site since 2016, their demographic is the one mostly likely to share things on it — things like the site’s “I voted” button.

So as Facebook mulls whether to push voters to the polls this election season, as it has done in several American presidential races and in elections around the world, could its voter button tilt the election towards Donald Trump?

As concerns mount, Facebook has shifted from optimism to a defensive crouch.

“When we worked with Facebook in 2012 at the Obama campaign, there was a proactive ethos to improve civic engagement,” said Betsy Hoover, the National Digital Organizing Director for the Obama campaign in 2012 and now the cofounder of Higher Ground Labs, an incubator for political technology startups. “It’s different now, and that difference is 2016.”

Precise data about Facebook’s impact on previous American presidential elections is hard to come by, even though the site has run get-out-the-vote programs in each general election since 2008. Estimates of its efforts that year suggested the platform pushed an additional 340,000 voters to the polls who would have otherwise stayed home. In the 2012 election, social scientists concluded Facebook’s efforts netted an additional 270,000 voters. Given popular vote margins of around 10 million and 5 million, even if every voter Facebook turned out were to have been a supporter of either one party or the other (which they most certainly did not), the outcome of the elections — in both cases, decisive victories for Democrat Barack Obama — would not have changed.

And some evidence suggests that in the past Facebook’s impact may have benefited Democrats. In 2016, Facebook told its advertisers that in the United States 68.2 million of its users were liberal or very liberal, 41.4 million moderate, and 54.2 million conservative or very conservative.

There are more clues: After its 2010 efforts, a Facebook post reviewing the data concluded that the site had pushed Republican voters to the polls more often than Democrats — and that it had affected the outcome of some races: “By looking at those users who state their political affiliation on Facebook, we can see a significant discrepancy between the Democrats and Republicans: Dems were 3% less likely than Republicans to get out to the polls. In a number of House and Governor elections, this would have been enough to flip the vote.” And as of 2014, ShareThis found that compared to Twitter or Reddit, Facebook was social media’s home for Republicans messaging each other.

Add it all up, and a GOTV operation in 2020 could be a real, if small, boon for the president’s reelection. In the eyes of their critics, there’s simply no way for Facebook to make a neutral decision, given its size and skewed impact.

David Carroll, a longtime Facebook critic who sued over the Cambridge Analytica scandal, told BuzzFeed News that Facebook’s own data showed Trump’s voters had a higher propensity to engage with the site than other voters. “While increased civic participation is necessarily good,” Carroll said, “one company controlled by one autocratic executive is not ideal when free and fair elections are being challenged on an industrial scale.”