Home » Entertainment » ‘Elmo Knows Where You Live’: A History of the PBS Pledge Drive

“Would you like to subscribe to public television or would you prefer a knee in the groin?” asks a reporter with a microphone.

“I’m not quite sure,” a man in an unconvincing wig answers.

This surreal exchange was part of a 1975 pledge spot for WTTW, Chicago’s PBS affiliate, created by and starring Graham Chapman and Terry Jones of “Monty Python’s Flying Circus,” which had made it to America the year before on public television. In most scenes, the interviewee gets the knee.

Running a public television station has always meant asking viewers — viewers like you! — to give, generously. Over five decades, PBS stations have found ways to nudge, cajole, guilt-trip and straight-up beg potential supporters. (As methods go, threats of violence are rare.) Public television appeals have sweet-talked their way into episodes of “Seinfeld” and “The Simpsons.” When PBS presented its history of comedy, “Make ’Em Laugh,” in 2009, it opened the satire episode with Billy Crystal parodying pledge breaks.

But for many stations, the pledge drive has become a brand-identity paradox. To attract the most money to support their mission of quality television, many stations diverge from their usual lineup and resort to pledge programming of more doubtful merit — infomercials, specials that promote pseudoscientific advice, music documentaries that exist just to push you to choose a six-CD set as your “thank you” gift. Some stations have more recently pushed back against lengthy, on-air pledge drives, but the ritual remains stubbornly popular, bringing in new subscribers while selling out DVDs of “Aging Backward 3.” 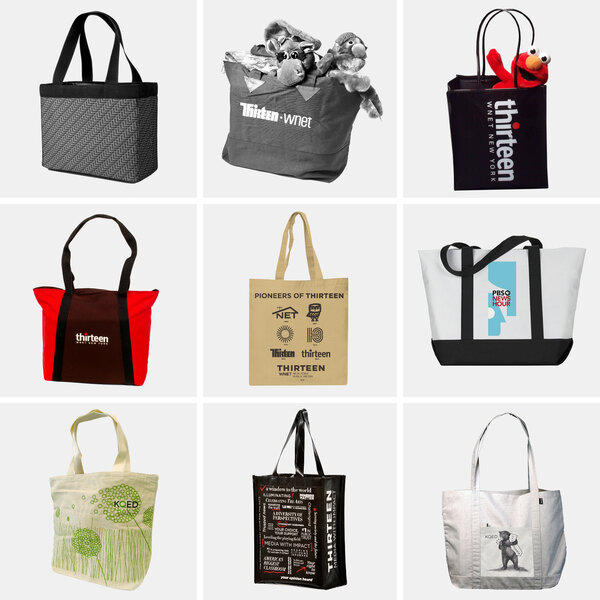 During PBS’s earliest years, affiliate stations, which WNET soon became, handled fund-raising on an individual basis. But in 1975, PBS created its first coordinated pledge drive, “Festival 75,” offering special programs like “The 1975 Ski Jumping Championships,” “An Hour With Joan Baez,” “The Grover Monster-Jean Marsh Cartoon Special” (in which a Muppet and a creator and star of “Upstairs Downstairs” showcased animation from “Sesame Street” and “The Electric Company”). The event raised $5 million, which came to $6 million with matching grants (more than $24 million and $29 million in today’s dollars, respectively).

During a drive, a station interrupts its programs with in-studio breaks, usually one per hour. Celebrities, national and local, stop by to proclaim their love for public media and plead for your support, while volunteers in the background answer phones.

“Become a friend,” Frank Sinatra said during a 1979 break for the Las Vegas affiliate, kissing his pinkie-ringed hand and waving it toward the camera. The likes of Julia Child, Tony Bennett, Deepak Chopra and the male two thirds of Peter, Paul & Mary have all stopped in to chat on-air at various stations and take the occasional call.

The format has persisted from decade to decade. Watch clips — YouTube has plenty — and you can see the same sorts of volunteers picking up the same sorts of phones on the floors of similar studios decked out with similar banners. Only the hairstyles change. (Barely.)

But from the 1980s on, pledge drives have ballooned in frequency and length. Many affiliates hold four drives annually, most of them lasting multiple weeks. Some stations regularly spend a fifth of the broadcast calendar trying to generate donations.

The reason? Donations from individuals keep stations afloat, providing on average a quarter of station revenues, much more at smaller stations. As Jerry Seinfeld said in the 1994 “Seinfeld” episode “The Pledge Drive” (the one where Jerry appears on a PBS affiliate and Kramer accidentally bankrupts Jerry’s grandmother), “There’s no joking about the financial crisis here at PBS.”

In return for their generosity, viewers can choose a gift, typically station swag or a recorded program. In the ’80s, Stoddard developed the first station-logo tote bag, allowing donors to signal virtue as they schlepped groceries. Early bonuses like vinyl records and VHS tapes gave way to CDs and DVDs. “Sesame Street” dolls are available. Also socks patterned on Bob Ross’s happy trees.

On the website of WDSE, the Duluth, Minn., affiliate, you can click through more than 46 pages of possible gifts. Nicole Stern, the membership director there, treasures her Mister Rogers heat change mug. “It’s a picture of Mister Rogers in his suit,” she said. “And then you pour a hot beverage in it and it magically transforms into his signature cardigan sweater.”

The PBS executives I spoke to trumpeted a few new offerings like “The Avett Brothers at Red Rocks” and a Prince special. “It’s not just about Andy Williams anymore,” Jerry Liwanag, the vice president of fund-raising programming, said. But it is still mostly about Andy Williams. And Neil Diamond. And John Tesh. And Paul Simon.

Simon, however, isn’t really the problem. Concerts like his and specials like “Riverdance 25th Anniversary Show” and “Downton Abbey Live!” remain on brand for PBS. But affiliates also schedule shows of more dubious value, like nostalgia-driven music retrospectives and health-and-wellness content that “Nova” fans might wonder at, like “How to Live Forever With Gary Null.”

Some of these shows are produced by PBS itself. Affiliates acquire others from private distributors. “Not every program that they acquire would be something that we would deal with at a national level,” Liwanag said diplomatically.

The infomercial-like format, nakedly transactional, does a better job than, say, “Frontline” of convincing some viewers that they just have to have the associated book or the DVD, theirs with a $60 donation. “I mean, it’s programming that is specifically designed to raise dollars,” Susannah Winslow, a vice president of development at KLRU, the Austin, Texas affiliate said. “And ‘Antiques Roadshow’ is not.”

The changes in programming and the interruptions to the regular schedule have generated a backlash that Mister Rogers, were he living, might find quite unneighborly.

“I’ve been in public media for almost 30 years,” Jim Dunford, the senior vice president of station services at PBS, said. “Everyone loves to talk about pledge and how much they hate it.”

Cartoon characters, too. There’s a 2000 episode of “The Simpsons,” “Missionary: Impossible,” in which Homer becomes so infuriated by the drive he makes a fake pledge of $10,000 in hopes of ending it. This earns the murderous rage of Yo-Yo Ma, the Teletubbies, Mister Rogers and even various Muppets. “Elmo knows where you live,” the puppet screeches.

So does PBS. And in recent years it has piloted changes to pledge drives, experimenting with central phone banks and finally allowing one-click donation, which routes money to the appropriate affiliate.

Some stations, responding to viewer frustration, have innovated, too.

In 2015, when KLRU, the Austin affiliate decided to move one of its drives online, it led its announcement with hate mail it had received. A representative missive: “The pledge weeks drive me nuts!”

KLRU also made the decision to build pledge around the station’s legacy programming rather than some of the more dubious offerings. “We want to be the station when we’re fund-raising that we are when we’re not fund-raising,” Winslow said. Its August drive did include some health and wellness programming (in the 5 a.m. slot), but prime time went to staples like “Nova,” “Masterpiece” and “ Country Music” by Ken Burns.

WNET, the New York affiliate, has also reimagined its pledge. “Pledge was successful,” Neal Shapiro, the station’s chief executive, said. “But when we ran it in the traditional way, a lot of our viewers became upset about it.” In 2016, the channel moved pledge to prime time on Thursdays, plus on the weekends, focusing pledge spots on or around mission-driven programming, like an “Independent Lens” special on Mister Rogers or “Black America Since MLK.” Resentment dipped. So did revenue, though not by much — about 6 percent that first year. It has continued to dip, reflecting a downward trend even among stations sticking to the new traditional format.

But the pledge drive isn’t going anywhere. Even the pandemic couldn’t kill it. (For many stations, revenues are up as audiences remain captive.)

Imagine a world of well-funded public media in which PBS affiliates didn’t have to go, logo cap in hand, to beg for money every quarter. Many PBS executives can. But those I spoke to all said they would miss the pledge drives. Stern at WDSE called pledge week “the original crowdsourcing campaign.”

“We are always working to serve the needs of our community,” she added. “These drives allow our community to then support the public service that we provide. It’s a beautiful symbiotic relationship.”

Put that way, it does sound nicer than a knee in the groin.