Ant and Dec have slammed I’m A Celebrity fans for evicting Boy George from the jungle as they struggled to contain their rage at the decision.

The Culture Club singer became the fourth star to be sent back home to the UK and said he was ‘kind of ready’ to leave Australia.

The Karma Chameleon hitmaker had an eventful last few days in the ITV juggernaut series, which saw him, Mike Tindall and Seann Walsh taking on the gruesome Grot Yoga trial.

The pop icon also reportedly threatened to quit the long-running reality show over the weekend in an ‘explosive showdown’ over a golf buggy before ‘pinching’ a banana from a crew member.

As the Geordie duo chatted to Boy George about his I’m A Celeb stint on Tuesday, Dec craftily handed him a banana in a nod to the rumoured incident.

After the episode aired, Ant and Dec took to their Instagram to moan about viewers’ deciding to send Boy George home backing, admitting they were ‘annoyed’ he didn’t stay in longer.

In the clip, Dec is heard saying melancholically ‘sad times guys’ while a furious Ant shakes his head and spits out: ‘I’m just annoyed.’ 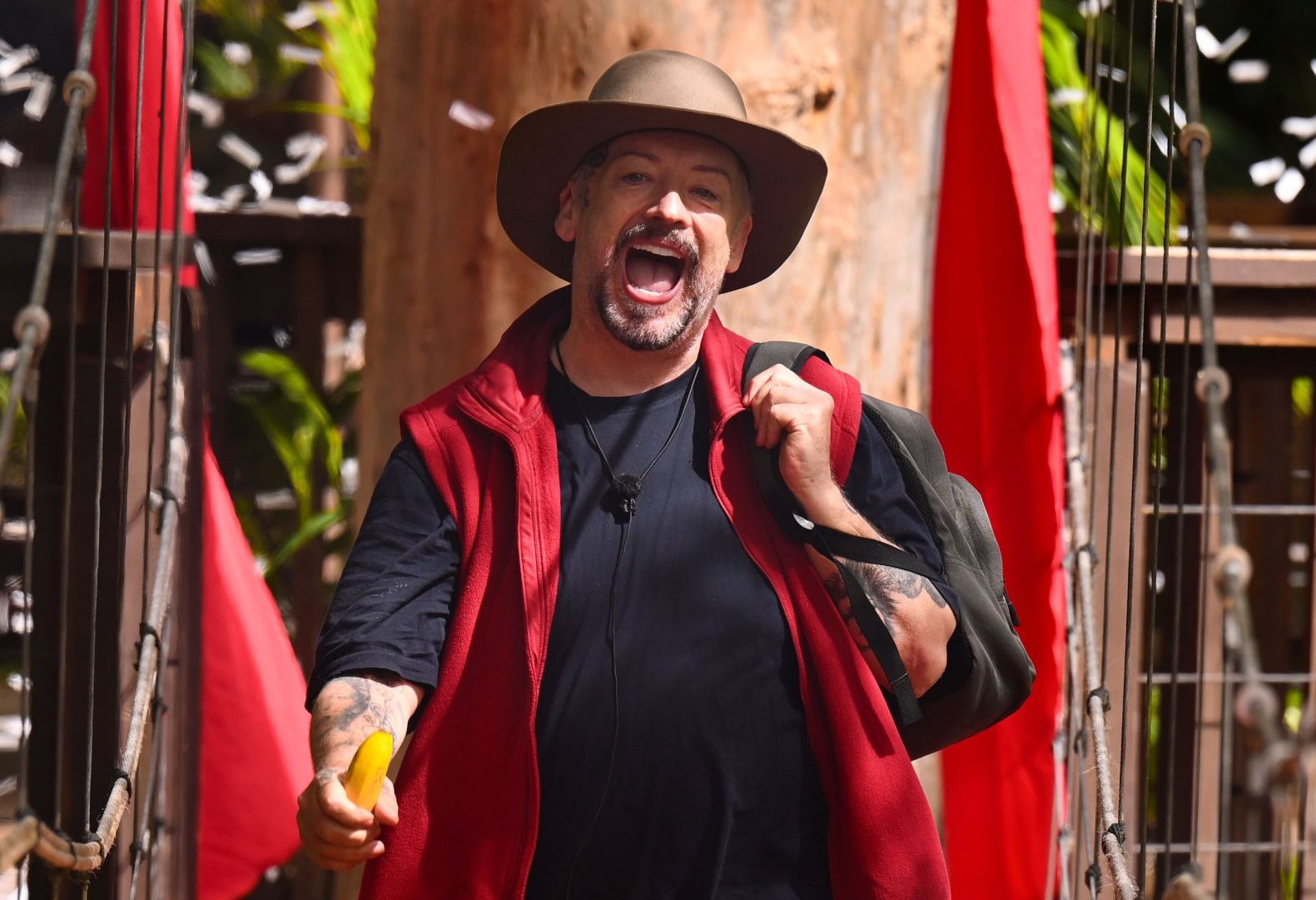 Speaking directly to the camera, Ant fumed: ‘Oh well, what a goddamn shame. I really, really enjoyed Boy George in there. I loved him. I thought he was really good fun.‘

Dec, who agreed with Ant’s take on Boy George in the jungle, chipped in that he was ‘the centre of a lot of the fun and the conversation.’

‘I like Boy George and I’ll tell you why I like him. It’s easy to say, “Oh he stirs things up.” But at least he does stuff down there. He is a bit controversial. He made me laugh. Anyway, no one’s on my wavelength.’

Dec confesses he too is ‘gutted’ Boy George will no longer be in the running to be crowned King of the Jungle.

On Monday, Coronation Street star Sue Cleaver, who shrieked with joy, became the third star to be booted out of the jungle.

She followed A Place In The Sun star Scarlette Douglas, who was eliminated on Sunday night, and Loose Women star Charlene White, who was voted on Friday.

Fans were absolutely fuming following Scarlette’s exit, with some viewers pointing out that the first two stars to be voted out were Black women.

However, Scarlette has spoken out, saying she was ‘never going to get all of the votes’.

‘I was never going to get the most votes. You know, even if you’re just looking at something like Instagram, I always have the least amount of followers,’ she added to The Sun.

I’m A Celebrity continues tonight at 9pm on ITV.