Her acclaimed modernist but naturalist designs recognized the fragility of the climate and the social effects of parks and playgrounds. She died of Covid 19. 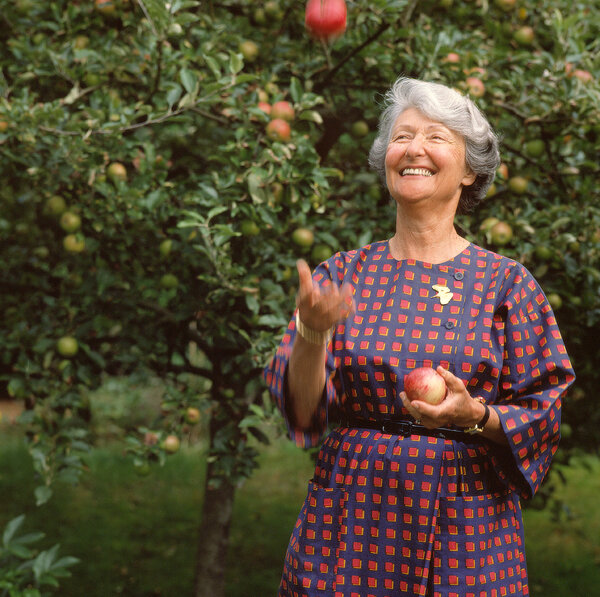 Cornelia Hahn Oberlander, a German-born Canadian landscape architect who blended naturalistic designs with modernist ideals and recognized early on the urgency of climate change, designing public spaces to mitigate its effects, died on May 22 in Vancouver, British Columbia. She was 99.

The cause was complications of Covid-19, said her daughter Judy Oberlander.

Ms. Oberlander was one of the first women to study at Harvard’s Graduate School of Design, founded by Walter Gropius, a leader of the Bauhaus movement. Its modernist ethos and her own upbringing gave her a mission to improve people’s lives with public spaces nourished by nature.

With the Canadian modernist architect Arthur Erickson, she created some of the most enduring and beloved public spaces in Vancouver, her adopted city. One is Robson Square, a three-block downtown plaza built between 1978 and 1983. An oasis of green roofs, waterfalls and hanging gardens, it descends from the city’s courthouses and government offices — a low-slung concrete complex designed by Mr. Erickson — by way of an ingenious series of gently graded granite stair ramps that Ms. Oberlander called “stramps” (she was inspired by goat paths). They make each level navigable to anyone, even if you are in a wheelchair or pushing a pram. 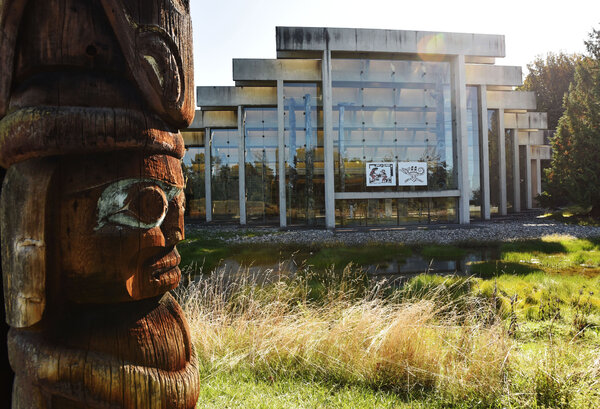 She and Mr. Erickson also teamed up on the Museum of Anthropology at the University of British Columbia in Vancouver, another critically acclaimed landmark. Here his startling glass and concrete Brutalist building is nestled in an open meadow of native plants, the building looking as if it had sprouted fully formed from Ms. Oberlander’s landscape.

Ms. Oberlander, an advocate of pocket parks and play areas in cities, was emphatic about the healing effects of nature, and the ability of landscape architecture to effect social change.

“The longing for nature is built into our genes,” she told Charles Birnbaum of the Cultural Landscape Foundation when he interviewed her for an oral history of her life. “That is the driving force behind my work.”

Long before the phrase “climate change” had entered the popular lexicon, Ms. Oberlander was designing green roofs to cool cities and provide storm water management. She worked globally, with some of the 20th century’s most celebrated architects, including Louis Kahn, Moshe Safdie and Renzo Piano.

She worked in particular with Mr. Piano on the new headquarters for The New York Times, a 52-story tower on Manhattan’s West Side. His design called for an interior atrium in the shape of a perfect cube, and Ms. Oberlander chose to fill it with a grove of white birch trees, seemingly an impossible task.

But “Cornelia brought science to the conversation,” said Hank White, the landscape architect with whom she collaborated on the project.

Ms. Oberlander, he said, called in a scientist who had created a software program to model microclimatology and asked him to measure the wind, sun and shade patterns of this yet to be created space. In the end, on an undulating floor of hillocks and dales, the trees were placed exactly where the light would fall.

“She was a landscape architect who studied housing, who studied cities,” the architecture critic Paul Goldberger wrote of Ms. Oberlander in 2019, when the Cultural Landscape Foundation established an award in her name. Her life, he continued, “was deeply intertwined with the growing presence of the modern movement in the United States and then in Canada, and whose entire career has been a rebuke to those who might be so foolhardy as to think that the design of landscape is mainly a matter of selecting plants.”

Cornelia Ann Hahn was born on June 20, 1921, in Mülheim-an-der-Ruhr, Germany, the oldest of three daughters in a wealthy and socially conscious family. Her father, Franz Hahn, was an engineer in the family’s steel business, founded by a great-grandfather of Cornelia’s, and later a management consultant; her mother, Beate (Jastrow) Hahn, was a horticulturist and children’s book author. Cornelia grew up in Düsseldorf and Berlin. Her father was killed in an avalanche in 1933 while skiing.

With the Nazis rising to power in the 1930s, Cornelia, like so many other Jewish children, was forbidden to attend her school. The family’s passports were taken away, as was the steel business that was the source of their wealth. Their butler began to hide his own money under a rug for the family so that it might help them should they escape. They were finally able to flee in late 1938, two weeks after Kristallnacht, the Nazi pogrom against Jews, with the help of Geoffrey Lawrence, a British judge and family friend who would go on to oversee the Nuremberg trials.

The Hahn family first settled in New Rochelle, N.Y., and then in New Hampshire on a 200-acre farm, where Ms. Oberlander’s mother practiced organic gardening. Cornelia chose Smith College for her undergraduate studies, drawn by its classes in landscape design.

At Harvard’s School of Design, she met Peter Oberlander, who was studying urban planning. Viennese-born and also Jewish, Mr. Oberlander had ended up in Canada in 1940 after having been in a series of internment camps. Cornelia caught his eye at a student picnic, and so did the dessert she had brought, an Austrian Bundt-style cake called a gugelhupf.

“It was ‘a place in time cake’” that sealed the deal, said their daughter Wendy Oberlander — a kind of madeleine that created an instant bond between the two young European refugees.

The couple married in New York City in 1953 and moved to Vancouver, where Mr. Oberlander became a professor of city planning at the University of British Columbia. He died in 2008. In addition to her daughters Judy and Wendy, Ms. Oberlander is survived by a son, Tim, and four grandchildren.

Ms. Oberlander was serious about children and their play, and worried particularly about urban children and their access to nature. Beginning with her early work in public housing in Philadelphia, she made sure to include places for children in her landscapes.

One playground she designed during this period was made from swooping concrete shapes — “all the elements for children to make up their own story,” said Alexandra Lange, an architecture critic and the author of “The Design of Childhood: How the Material World Shapes Independent Kids” (2018). The Philadelphia site prefigured Ms. Oberlander’s design for her more famous work, a playground for Expo 67, the Montreal world’s fair; Ms. Lange described it as a stage for children to express themselves on, rather than an arrangement of equipment that told them what to do.

Called the Space for Creative Play, the Expo design was a rolling landscape of looping paths, a canal with arched wooden bridges, a climbing net and a beach. “All kids need,” Ms. Oberlander often said, “is some sand, water and something to climb on.”

She would go on to design 70 urban playgrounds, mostly in Canada. Among her many awards, she was honored with the Order of British Columbia in 2016 and made a Companion of the Order of Canada in 2018. Days before her death, the mayor of Vancouver announced that she had received the city’s highest honor, the Freedom of the City Award.

“My mother lived between two pandemics,” said Tim Oberlander, “and her story connects with the arc of German Jewish history.” He said Vancouver’s recent lockdown had made his mother feel as “cooped up” — her words — as she was during her last years in Berlin. She was still working when she fell ill.

In 2008, when Mr. Birnbaum, of the Cultural Landscape Foundation, flew out to Vancouver to interview Ms. Oberlander for his oral history, she gave him and his crew a tour of her property: a modernist house that cantilevers over a ravine (she and her husband had designed it with a friend) and a semi-wild landscape with fruit trees and flowers.

As was her habit, Ms. Oberlander, at 5-foot-2, was marching along swiftly, and the film crew was struggling to keep up. When Mr. Birnbaum asked her to slow down, she told him: “When I was young, I was always the fastest. My mother said I had to slow down and let the Aryan children win. I swore I would never slow down again.”