No hard feelings? Chris Harrison addressed a variety of topics in Bachelor Nation — including Matt James and Rachael Kirkconnell’s relationship — for the first time since his exit as the franchise’s host.

“I wish everybody the best. I will say it’s been kind of nice to have, after 19 years, to have my Mondays back, including last night,” he told TMZ on Tuesday, July 27, before giving girlfriend Lauren Zima a shoutout for planning his 50th surprise party.

Harrison came under fire in February for his apparent defense of Bachelor season 25 contestant (and eventual winner) Kirkconnell, 24. Following his controversial comments about the Georgia native’s racially insensitive past, the Perfect Letter author sat out of James’ After the Final Rose special in March. While Kirkconnell and James, 29, split amid the controversy, Us Weekly confirmed in April that they were back together. 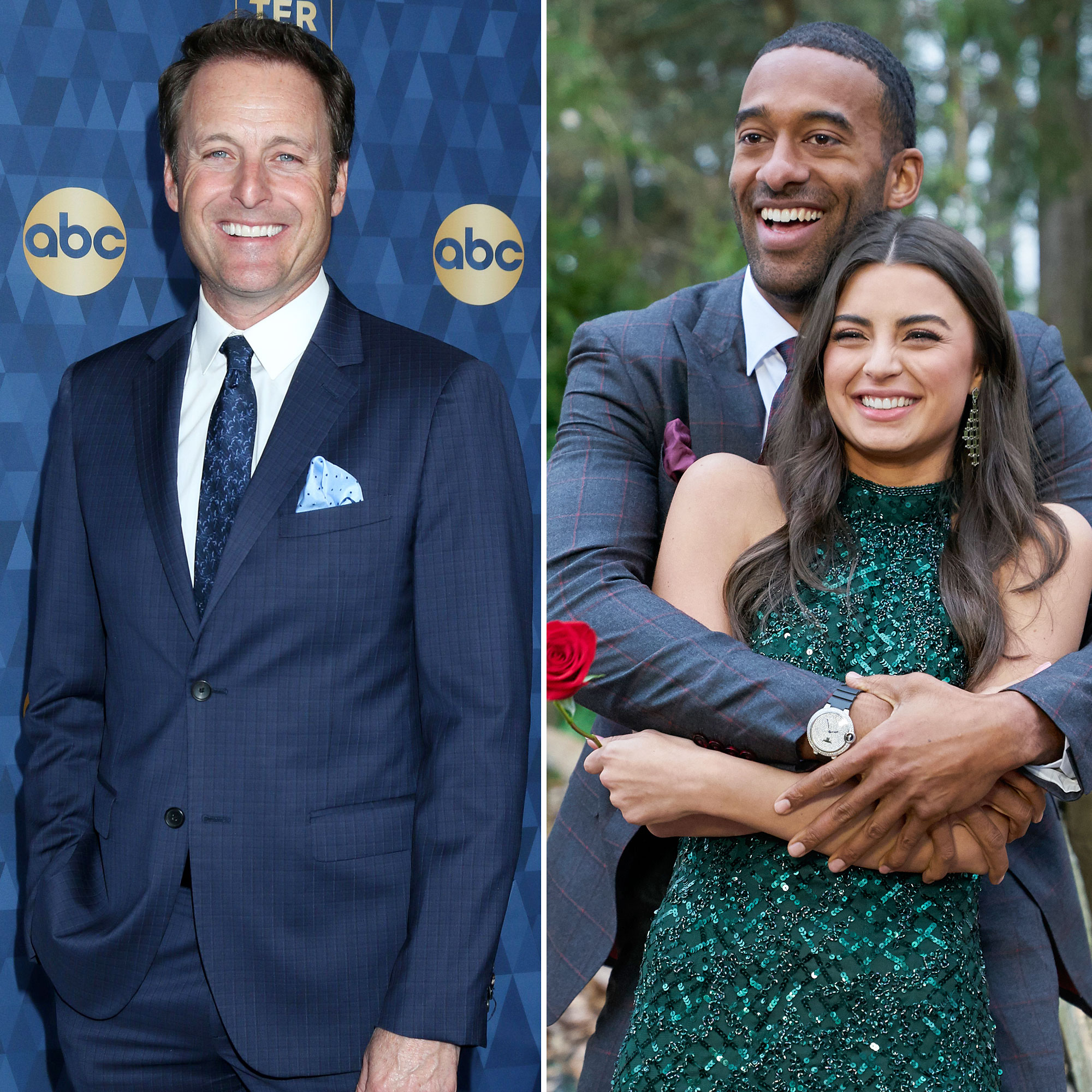 “You know what, I’m happy for them and I wish them all the best,” Harrison told TMZ about their reunion. “I hope they’re in love and I hope they do great.”

How Chris Harrison’s Interview With Rachel Lindsay Led to His Exit: A Timeline

Ahead of season 17 of The Bachelorette, which is currently airing, ABC announced Kaitlyn Bristowe and Tayshia Adams would guide Katie Thurston’s journey in Harrison’s absence. His exit was made permanent in June.

“Chris Harrison is stepping aside as host of The Bachelor franchise. We are thankful for his many contributions over the past 20 years and wish him all the best on his new journey,” Warner Horizon and ABC Entertainment said in a statement to Us on June 8.

Harrison, who reportedly negotiated a hefty settlement with the network, thanked fans for support at the time. More recently, he responded to viewers who said the show wasn’t the same without him.

“Miss you all too. So many loyal fans up in Canada. Thank you!” he tweeted on July 21.

While replying to another social media user, Harrison added, “Love all of you too. Always have, always will!”

As for whether he’s tuning in to Thurston’s season, which wraps up on August 9, Harrison told TMZ on Tuesday, “I’ve been keeping up from afar, but I’m sure they’re doing great.”

Harrison’s reaction to James and Kirkconnell giving things another shot comes after Emmanuel Acho, who hosted the former football player’s tense After the Final Rose in March, spoke out about their relationship.

“I don’t think they ended up running it, but I asked, ‘Would you be in this relationship if not for pressure from the Black community?’ … I tried to let the world know, ‘Hey Matt, blink twice,’” Acho said on Bristowe’s “Off the Vine” podcast on Tuesday. “It would have been impossible for him to leave the stage with her without getting crucified, but what people did not see is after the cameras cut [is] they left arm over arm. … As soon as they left, it was his arm over hers. There was still so much affection.”