When Carl Reiner died last June, he left a hole in the comedy firmament that no performer, writer or director will be able to fill.

Reiner, who would have turned 99 on Saturday, also left behind a trove of documents, artifacts and personal memorabilia, working on TV programs like “Your Show of Shows” and “The Dick Van Dyke Show” and films like “Oh, God!” and “The Jerk.”

Now this personal archive will live on: his family is donating it to the National Comedy Center in Jamestown, N.Y., so that current fans and future generations can appreciate the breadth of his accomplishments.

“It’s a lot there,” said Rob Reiner, the actor and filmmaker who is Carl Reiner’s oldest child. “We’re talking about an 80-year career. He lived to 98 and he started when he was in his late teens. As I like to say, my father was on television before we owned a television.”

Carl Reiner’s archives contain writing and versions of scripts from just about every project he worked on and every phase of his career. They include sketches he composed as a cast member on “Your Show of Shows,” where he worked with writers like Mel Brooks and Neil Simon, as well as early drafts of “The Dick Van Dyke Show,” which Reiner created and originally titled “Head of the Family,” intending it as a starring vehicle for himself. 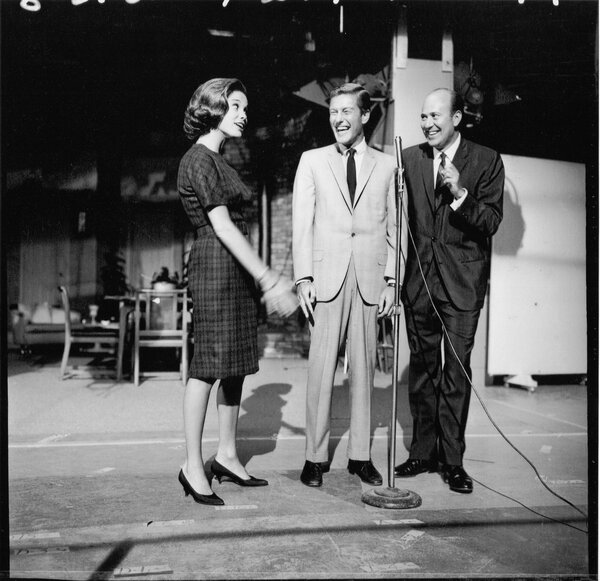 Other materials include Reiner’s annotated screenplays for “The Jerk,” “Dead Men Don’t Wear Plaid,” “The Man With Two Brains” and “All of Me,” which he directed and which starred Steve Martin.

“I can’t tell you how many writers and comedians have told me that they were inspired, in particular, by ‘The Dick Van Dyke Show’ because that was the first time they saw comedy represented as a craft,” Gunderson said. “Generations of comedy writers learned that was an occupation via that show.”

Reiner had been a member of the National Comedy Center’s advisory board of directors. Gunderson said that after his death, the center approached his family about ways in which it could pay tribute to him. Among these plans, the center will rename its department of archives and preservation for Reiner.

Gunderson said that this conversation led to further discussion with Reiner’s family about providing a home for his creative and professional possessions.

“We just thought it was a natural thing to do,” Rob Reiner said. “We felt that he had a connection there and he was trying to help launch the place and give it some credibility. When he passed away, we thought this is the place where all of his artifacts, materials and awards should go.”

Carl Reiner’s archives also include his Emmy Awards and his Mark Twain Prize for American Humor, many autobiographical writings and drafts of unproduced projects, and even the chairs and TV trays that he and Brooks used in recent years when they sat together in Reiner’s home and ate dinner in front of the television. Gunderson said that the National Comedy Center is planning an exhibition for next year, to mark what would have been Reiner’s 100th birthday.

Rob Reiner said he was particularly fond of the archival photographs that chronicle his father’s development as an actor from very humble beginnings.

“They used to perform Shakespeare plays at high schools and the kids would sit in with the scripts in their hands so they could follow along,” Rob Reiner said. “While he was up onstage, he’d hear, whoosh, the sound of the pages turning.”

Rob Reiner continued, “He told me that one time, he forgot his lines and he started doing Shakespearean double-talk. And you heard this — whoosh, whoosh, whoosh, whoosh — people trying to find out where the heck he was in the script.”