Us Weekly caught up with the Los Angeles-based waitress, 42, the morning after her eviction to talk about her reaction to the votes, who she was (and wasn’t) working with, and what it meant to come back for season 22.

She also opened up about her season 10 costar Memphis Garrett, who was the sole vote to evict her back in 2008 after he won the Power of Veto at final four.

While it seemed like they might team up this time around, Memphis started to drift away from other veteran players and gravitated toward more recent houseguests like Cody Calafiore, who formed a two-person alliance called  “The Commission.”

Keesha was ultimately evicted by a unanimous vote of 13-0 against season 11’s Kevin Campbell.

So is Keesha done with Big Brother forever? And how does she feel about all the support she’s received on social media? Check out our interview! 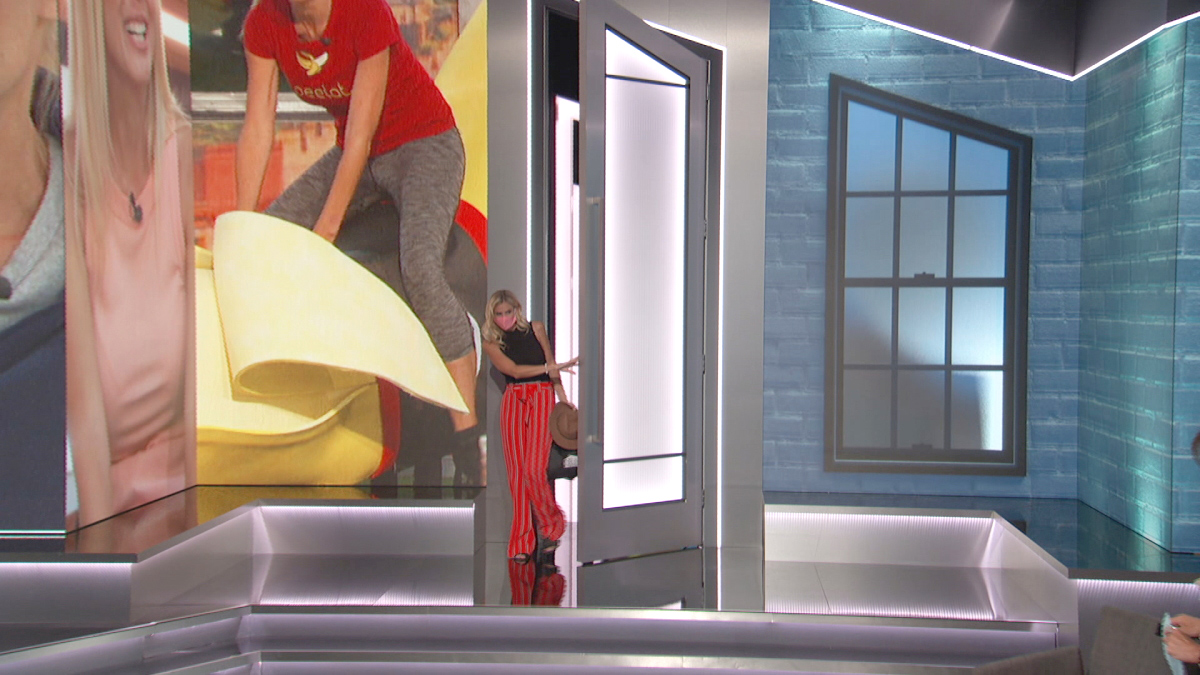 Us Weekly: Do you feel like you campaigned enough to stay? Is there anything you would have done differently?

Keesha Smith: No, I think a majority of the house had their mind made up, but in the very beginning, I could have done more to stop myself from going up on the block.

Us: Why do you think they evicted you over Kevin?

KS: I’m not really sure. I’m still trying to process this as we’re talking today. I don’t really understand why they would send me out of the house over Kevin. The only thing that I’m even guessing is that everybody kept saying to me, “Oh, you got your room, right? You got the votes in your room.” I really think they all thought I created this alliance already with my room. And they associated Memphis with that also. They kept saying, “Oh well, Memphis. You got Memphis, right?” And everybody knew that Kevin, he had no one. I really think at the end of the day, he hasn’t made those connections yet. Even when we picked for the veto, he didn’t even know who to pick. He was just like, “Uhh.” You know what I mean? From a game point of view, it’s like, “She has people already on her side. Kevin has no one.”

‘Big Brother’ Showmances Through the Years: Where Are They Now?

KS: I haven’t watched any of the episodes yet, so I’m going off just living in the house. Listen, he promised me his vote. I did not expect it at the end of the day. Let me tell you, they have a game to play still. They’re still in there. They’re still fighting to stay. At that point, everybody knew that I was leaving. So I definitely wasn’t expecting the people who had originally promised me to give it to me if I didn’t have the numbers. As far as seeing him, it was great to see him. But would I have played with him in the long run? No, no, because first time, shame on him. Second time would have been shame on me.

Us: Had you talked in those 12 years?

KS: Not really. Let me take that back. We had talked a little bit when he lived in Los Angeles. I had no problems with him at all. Then when he moved away, it was mostly social media.

Us: Who were your closest allies? Did you have a final two in mind?

KS: Absolutely. I would have been with Janelle [Pierzina] and Kaysar [Ridha], for sure. When people were saying, “You have your room.” Yeah absolutely, I have my room. But I’m not going to tell you that. 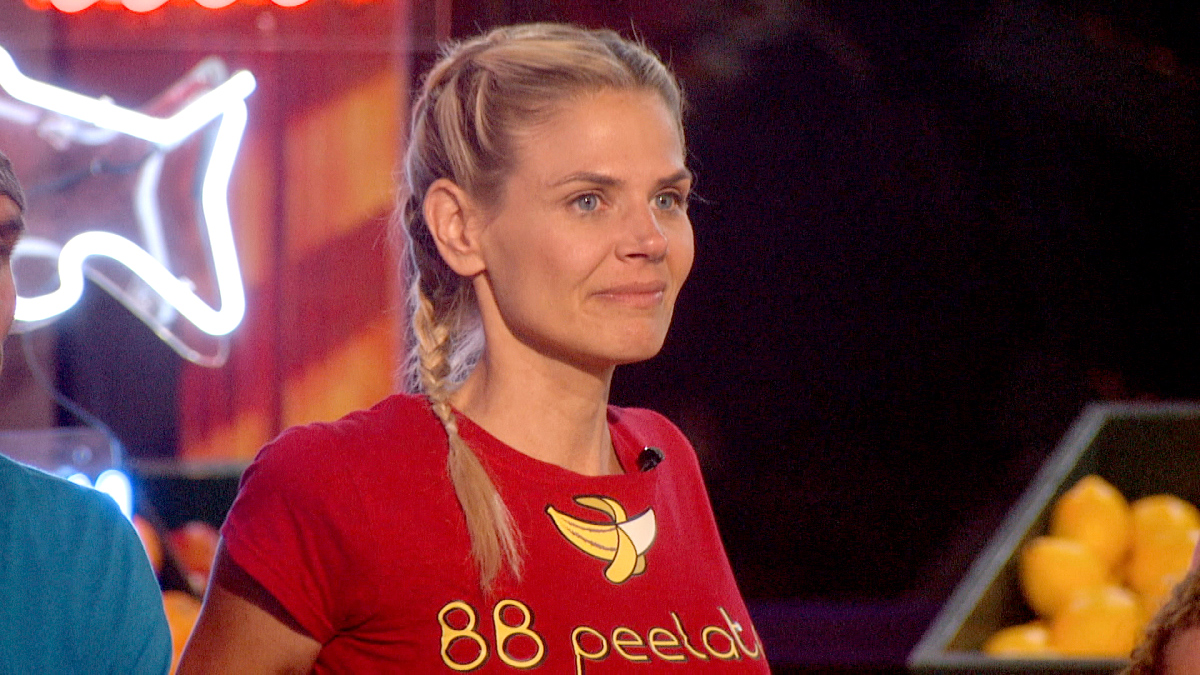 Us: Who would you have targeted if you were still there and had won HOH?

KS: Originally, it would have been Cody. I was like, “I’m absolutely putting him up after he put me through this.” But at one point in time, I promised him, “I’m not going to put you up. I’m not coming after you. I will not put you up next week if I win.” I would have actually kept that promise. I would have went after … probably Tyler [Crispen] and David [Alexander] because I feel like all those guys were working together.

Us: People were really excited to see you back. What made you say yes to the show?

KS: That makes me feel so good after 12 years. I’m so excited that they were happy. At the end of the day, that’s what it’s about. And I feel so horrible that I didn’t really get to give them what they wanted. But I was so excited to be able to return, I really was. It was just really exciting to be in there and be an all-star.

Us: Had you thought about coming back before this year?

KS: After the season first ended, season 10, obviously I hoped to be called back within the first few years whenever I’d see returning houseguests. But after this much time, I was like, “Listen, people. I’m not going back in the house. It’s been way too long. They are not going to call us back.” I was shocked.

‘Big Brother’ Villains Through the Years: Where Are They Now?

Us: Your birthday is still an iconic moment. How do you feel looking back on it so many years later?

KS: We were crazy! But you know what, I wouldn’t take it back for a second. That’s the most memorable birthday I ever had in my life. When people say, “Where were you when you turned 30?” I can tell you where I was, I can tell you what was happening, the details of that birthday.

Us: Who from your season do you talk to most?

KS: Steven [Daigle], I love Steven. I love Steven on the show. I love Steven after. I just think he’s a really nice person. Libra [Thompson]. I love Libra. She’s got a beautiful family. She’s a beautiful person. I’d say mainly those two. Dan [Gheesling] and I were close for a while, but we just kind of drifted apart.

Us: Who do you think is going to win this season and who do you want to win?

KS: I always say my top three because it’s really hard to decide as of right now. But Janelle, Kaysar or Da’Vonne [Rogers]. That’s who I’d like to see in the top three. Will they make it there? I think they have a rough road ahead of them. I really do. Da’Vonne is very outspoken and outgoing. That’s one of the things I love about her. I’m completely attracted to that personality, but I think that makes you a little bit more of a target. And Janelle. As soon as she walks in the house, she’s a target. Poor thing. The odds are stacked against her. If I were to guess, they’re going to head after those guys first.

‘Big Brother’ Winners: Where Are They Now?

Us: Da’Vonne was the one person who told you the votes might be on you. How did you feel about that?

KS: Honestly, I gained so much respect for her in that moment. She was the only one. She was the first one who came to me and say, “I respect you and I really wanted to play with you. But I don’t think it’s going to go that way.”

Us: Are you done with Big Brother?

KS: No way. I’m like, “Put me back on, give me another chance! Let me show everyone who I still am!”