Andrew Cuomo resigned as governor of New York on Tuesday after weeks of calls from both sides of the political spectrum for him to step down. The announcement comes on the heels of a nearly five-month investigation that found 11 women, who came forward in telling their stories of sexual harassment by Cuomo, to be both credible and having evidence of witness testimony and materials to back up their claims. While Cuomo made sure to mention how he’s disappointed his daughters in his resignation speech, he still is defending himself after the investigation findings — and that is something he will need to ponder once he’s out of the spotlight. 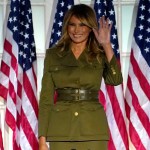 The disgraced governor narrowed in on the “difference between alleged improper conduct and concluding sexual harassment,” but he still apologized for offending his accusers. It doesn’t sound like a sincere apology when his adult daughters, twins Mariah and Cara Kennedy-Cuomo, 26, and Michaela Kennedy-Cuomo, 23, from his marriage to Kerry Kennedy, were at the forefront of his speech.

Sharing that he was “hurt” after seeing “the look in their eyes and the expression on their faces” after they all heard the “ugly accusations for weeks.” Cuomo sent them a personal message during the press conference, via ABC News. “I want my three jewels to know this,” he said. “My greatest goal is for them to have a better future than the generations of women before them. It is still in many ways a man’s world. It always has been.” That recognition is important, and as a dad, we are sure he wants the best for them and for no one to harm them — but did he think about that once with the 11 women who accused him of sexual harassment?

He admitted that he “made mistakes, and he apologized, and he learned from it,” but the politician still had one final public cry about women in the workplace — in his own defense. “We have sexism that is institutionalized. My daughters have more talents and natural gifts than I ever had,” he revealed. “I want to make sure that society allows them to fly as high as their wings will take them. There should be no assumptions, no stereotypes, no limitations. I want them to know from the bottom of my heart that I never did and I never would intentionally disrespect a woman or treat any woman differently than I would want them treated. And that is the God’s honest truth.”

Now, he’s left to sit and think about his downfall and how he contributed to his own demise. He has to look his daughters in the eyes and figure out a way to do better for them moving forward — and that is something he and his family will have to deal with privately.

Before you go, click here to see celebrities who have run for office.