The final installment of “Allen v. Farrow,” an HBO documentary series examining Dylan Farrow’s sexual abuse allegations against her adopted father, Woody Allen, covers the years from 1993, when a state’s attorney declined to prosecute the filmmaker, to the present.

The previous three episodes explored what Ms. Farrow says happened on Aug. 4, 1992, when she was 7 years old — that her father sexually assaulted her in the attic of the family’s Connecticut country home. The filmmakers combed through police and court documents, scrutinized the integrity of the investigations into her accusation and sought expert analysis of video footage of young Dylan telling her mother what happened.

Mr. Allen has long denied sexually abusing his daughter and has accused her mother, Mia Farrow — Mr. Allen’s ex-girlfriend — of concocting the sexual-assault accusation because she was angry at him for having a sexual relationship with her college-age daughter, Soon-Yi Previn. (Mr. Allen and Ms. Previn later married.) A spokesperson for Mr. Allen, who did not participate in the documentary, said that it is “riddled with falsehoods.”

The finale covers the world’s reaction to the events of the early 1990s, Mr. Allen’s continued fame and accolades and, in recent years, a growing unwillingness among those in Hollywood to be associated with him after the #MeToo Movement.

The episode begins on Sept. 24, 1993. That day, Frank Maco, a Connecticut state’s attorney, announced that although he had “probable cause” to prosecute Mr. Allen, he had decided he would not press charges to spare Ms. Farrow the potential trauma of a trial.

Mr. Maco, who was interviewed extensively for the documentary, says that earlier that month in 1993, he had met with young Dylan in his office, with toys in the room and a female state trooper there. When Mr. Maco asked about her father, he said, she froze up and would not respond.

“The strongest proponents for prosecution just looked at me, and we all shrugged our shoulders,” Mr. Maco said. “We weren’t going anywhere with this child.”

In a news conference, Mr. Allen said that rather that being happy or grateful for the decision, he said he was “merely disgusted” that his children had been “made to suffer unbearably by the unwholesome alliance between a vindictive mother and a cowardly, dishonest, irresponsible state’s attorney and his police.” 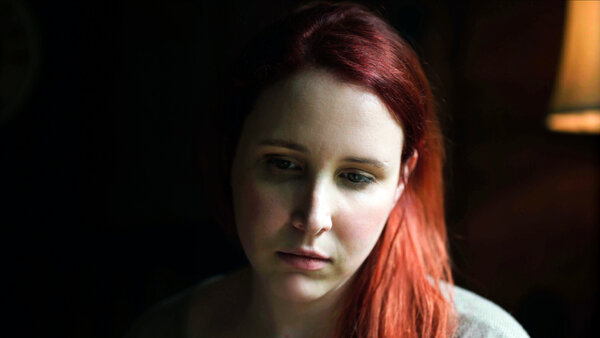 In the years after the police investigation and the custody trial, which ended in her mother’s favor, Ms. Farrow says she suffered through a long period of guilt, thinking that she was at fault for the family rift.

“I felt if I had just kept his secret,” she tells the filmmakers, “I could have spared my mom all this grief, and my brothers and sister — myself.”

Siblings say in the series that Ms. Farrow often kept to herself and seemed riddled with anxiety. She says that she didn’t talk about the assault in depth with anyone — not even her mother or her therapist. In high school, she recalls, she broke up with her only boyfriend after only three weeks because she anticipated that he would want to be intimate with her.

Ronan Farrow, Ms. Farrow’s brother, tells the filmmakers that his mother tried to distance her children from Mr. Allen. But, he says, “there was always a lot of incentive to be drawn into Woody Allen’s efforts to discredit” his sister. For example, Mr. Farrow says, Mr. Allen had made him an offer that if he spoke out against his mother and his sister publicly, Mr. Allen would help pay for his college education.

After an awards show

The saga returned to the public discourse in 2014, after Mr. Allen received a lifetime achievement award at the Golden Globes. In the past, Mr. Farrow tells filmmakers, he had discouraged his sister from speaking publicly about their father and the events of the 1990s with the hope that the family could put it behind them.

But after the awards show, Mr. Farrow tweeted, “Missed the Woody Allen tribute — did they put the part where a woman publicly confirmed he molested her at age 7 before or after Annie Hall?” Ms. Farrow says that her brother’s willingness to speak publicly about the subject emboldened her to write about her memory of events, which were appeared in The New York Times columnist Nicholas Kristof’s blog. (Mr. Farrow, who helped his sister publish the open letter, said that after another newspaper declined to print the account, he took it to Mr. Kristof, a family friend.) Mr. Allen later published an Op-Ed in The Times denying his daughter’s allegations.

For two decades, Ms. Farrow says, she felt isolated and alone because of her experience. After publishing her letter, she received an outpouring of messages from people she knew sharing their own experiences with sexual abuse.

Still, many Hollywood actors remained loyal to Mr. Allen despite the accusations, and his star power and industry reputation remained mostly intact.

Let Us Help You Manage the Switch to Daylight Saving Time